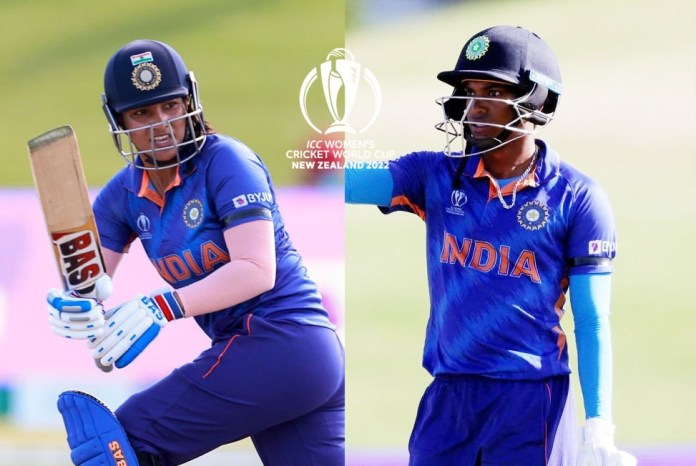 Now if Pakistan has to WIN – they will have to make their HIGHEST SCORE in World Cup.

But Pooja Vastrakar & Sneh Rana fought back for India in style. Both started counter-attacking and scored 50’s & built a century partnership for 7th Wicket.

Classy Smriti Mandhana along with Left handed Deepti Sharma added 92 for the second wicket. But both were dismissed in quick succession

Smriti Mandhana completed her 25th 50 in ODIs. In a double blow for India Mandhana was dismissed for 52 (75).

Just an hour before Deepti got out for 40 (57) when India was looking to increase the scoring rate. 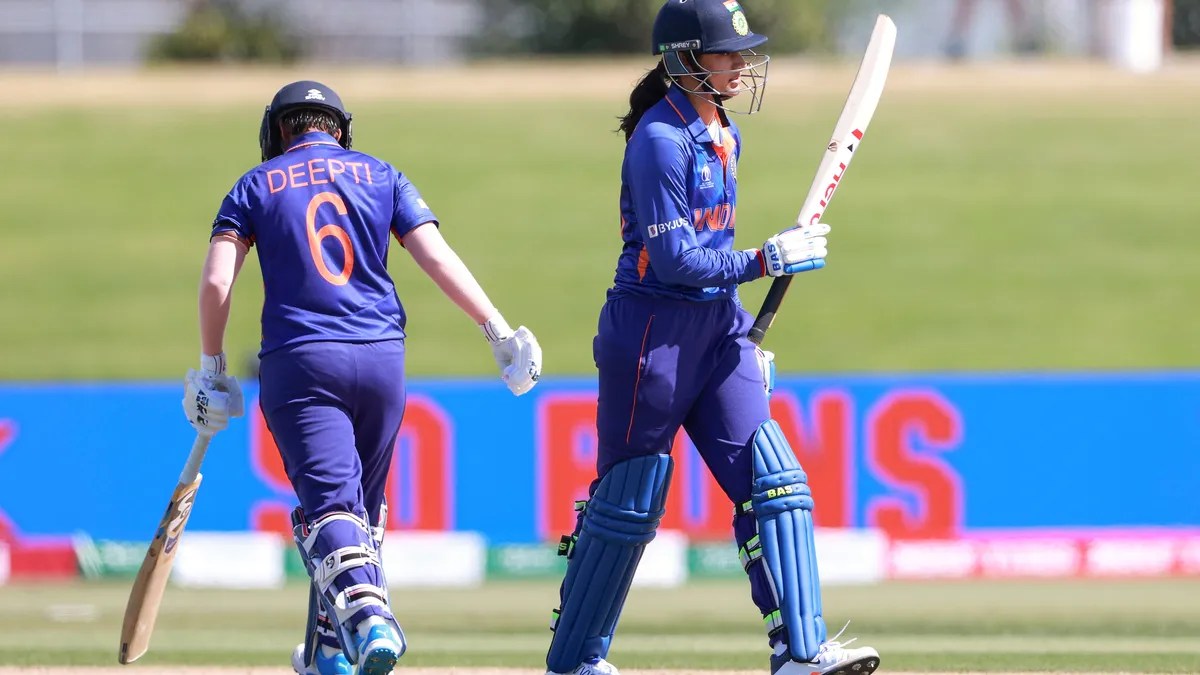 India vs Pakistan LIVE: India women have a clean record against Pakistan. In the World Cups, both teams have played two times, with India emerging victorious on both occasions. Overall the teams have played 10 ODIs and the women in blue have won all the 10 matches.

India-W vs Pakistan-W LIVE Updates: Just like their male counterparts, India have a spotless record when it comes to ODI World Cup and matches.  The Mithali Raj-led team have a massive advantage heading into the contest. Pakistan though have shown remarkable improvement in the past two years. Under the able leadership of Bismah Maroof, the team has played well as a unit.

Pakistan and India captains exchanging greetings on the eve of their match. How excited are you? #CWC22 #BackOurGirls pic.twitter.com/fTEawDeiUI

ICC Women WC LIVE: Pakistan also beat New Zealand in a warm-up match are showing some positive signs ahead of the showpiece event. Meanwhile, India managed to win both their warm-up matches against South Africa and West Indies.

What is India vs Pakistan head-to-head stat in ICC Women’s World Cup?

What is the highest total by a team in India-W vs Pakistan-W matches in the Women’s World Cup?

What is the lowest total by a team in India-W vs Pakistan-W matches in the Women’s World Cup?

What is the highest individual score in India-W vs Pakistan-W matches in ICC Women’s World Cup?

Babar Azam and Co. out to seal semis beth