PAK vs AUS LIVE Score – Can Australia spring surprise? – Good news is coming in from the Pakistan camp. As per the reports, Shoaib Malik & Mohd Rizwan have been declared fit for the semi-final 2 in Dubai tonight. ‘Unbeaten’ in the T20 World Cup 2021, Babar Azam’s Pakistan will start as ‘hot-favorites’ against the Aussies who are aiming for their maiden trophy in the shortest format of the game – Follow PAK vs AUS LIVE Updates on InsideSport.in

It is worth noting that Pakistan’s preparations for Semifinals against Australia had taken a huge hit as team’s in-form players Rizwan and Malik had woke up on Wednesday with mild flu and fever. Both the players missed the practice session. Earlier in the day, the Pakistan team manager has confirmed to GEO News that the duo are feeling better & will be drafted in the Playing XI against Australia

A position in the #T20WorldCup Final awaits! C’mon Aussie ??

@17:00 – Will there be another Babar-Rizwan show tonight?

In an update, the PCB said that there’s an improvement in the health of both players and a medical panel will review their fitness status before the crucial encounter.

It added that the management will announce a confirmed decision later in the day.

“We are hopeful that both the players will be in action today. They want to play in the semi-final,” Mansoor Rana, Pakistan team manager declared.

Mohd Rizwan, Shoaib Malik doubtful? T20 World Cup Semidfinals: Both Malik & Rizwan woke up with fever on Wednesday morning. As per the ICC protocols for the tournament both were immediately tested for Covid. Luckily their tests have come negative.

On advice of medical team, the duo skipped Wednesday’s practice session and were isolated from rest of the team.

The entire Pakistan squad will again be subjected to Covid test on Thursday morning.

The players will undergo a medical check up tomorrow before the match.

PAK vs AUS LIVE: Why both Malik & Rizwan are crucial for Pakistan’s hopes vs Australia? The two players are important cog in the wheel of Pakistan composition. In the ongoing world cup they have single handedly won matches for Pakistan and are one of the main reason of Babar Azam’s team unbeaten run.

While Mohd Rizwan is the third-highest run-getter, Shoaib Malik has the joint-fastest fifty to his credit this tournament.

Who can replace Malik & Rizwan? As per GEO TV, if Malik & Rizwan fails to recover, Sarfaraz Ahmed and Haider Ali will replace the duo.

Pakistan players will once again undergo a medical checkup ahead of the crucial semifinals against Australia.

Pakistan are heading into the match after defeating India, New Zealand, Afghanistan, Namibia and Scotland.

Skipper Babar Azam has said that he is confident that Pakistan will perform well against Aussies. The two teams have locked horns 23 times with Pakistan emerging victorious 13 times. Australia have trumped Pakistan 9 times while one fixture did not yield a result.

For more sports news and T20 World Cup updates, follow us at insidesport.in 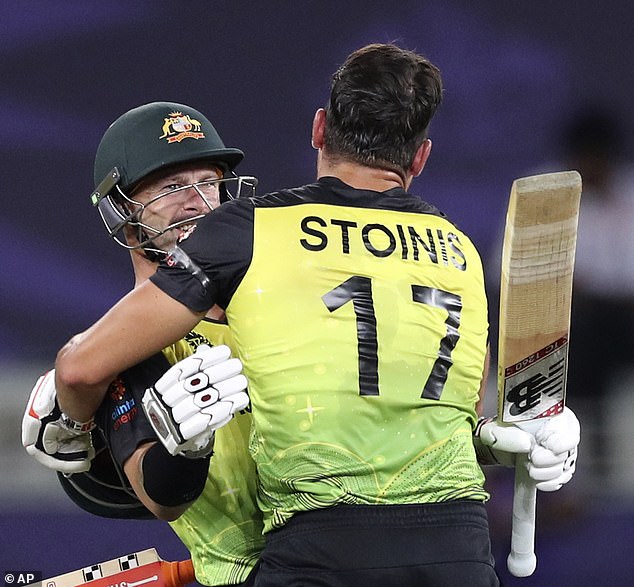