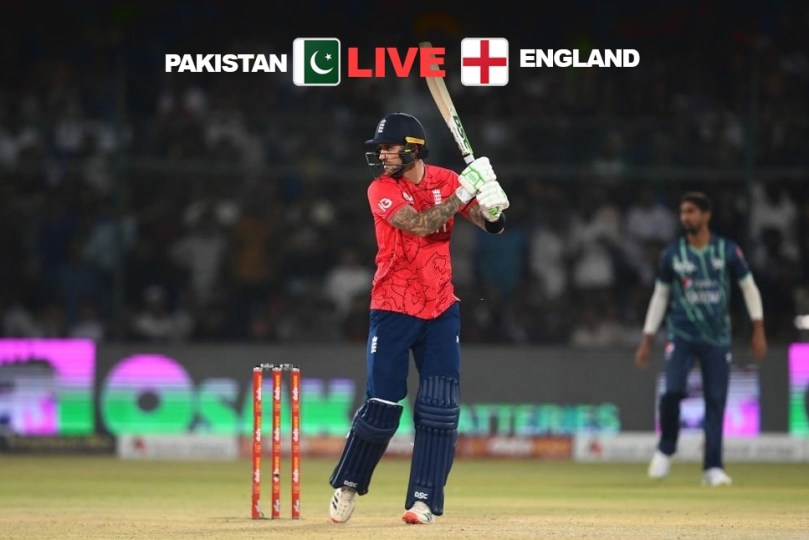 PAK vs ENG LIVE Streaming – Pakistan Vs England 1st T20: England chasing 159 – A stunning performance on debut from Luke Wood saw England restrict Pakistan to a below par 158 in the 1st T20I in Karachi. England were set for a huge chase as Mohammad Rizwan took the game away in the first half with stunning fifty, but the spinners and then Luke Wood put the breaks on to restrict the hosts. : Check PAK ENG Match Timing & Follow PAK ENG 1st T20 LIVE Updates with InsideSport.IN

PAK vs ENG LIVE Score: England get off to a flyer in 159-run chase – ENG 14/0 – Follow Pakistan vs England LIVE Updates

Eminent commentators David Gower and Mark Butcher from England will represent England. Pakistan’s cricket legends Wasim Akram, Waqar Younis, Aamir Sohail, Bazid Khan, and Urooj Mumtaz are also in the line-up to commentate on the seven games to be played across Karachi and Lahore.

Upon arrival, Buttler said that the two teams can play an exciting cricket series to raise the spirits of millions of people suffering from the floods.This is England’s first tour of Pakistan in 17 years. They last played in Pakistan in 2005 and were due to visit last year. But England panicked after New Zealand’s last-minute cancellation of the series in Pakistan and they pulled out, citing security concerns.4

The first four matches will be played at National Stadium, Karachi. Gaddafi Stadium in Lahore will host the remaining matches.

Here’s all you need to know about the PAK vs ENG series:
TV channels and live streaming platforms for Pakistan vs England series

In Pakistan, the seven-match T20I series will be telecast on PTV Sports. Live streaming will be available on ARYZAP.

The two teams have met 21 times in the shortest format of the game. England lead Pakistan 14-6 in the head-to-head record. There was one no result. England have won the last two meetings.