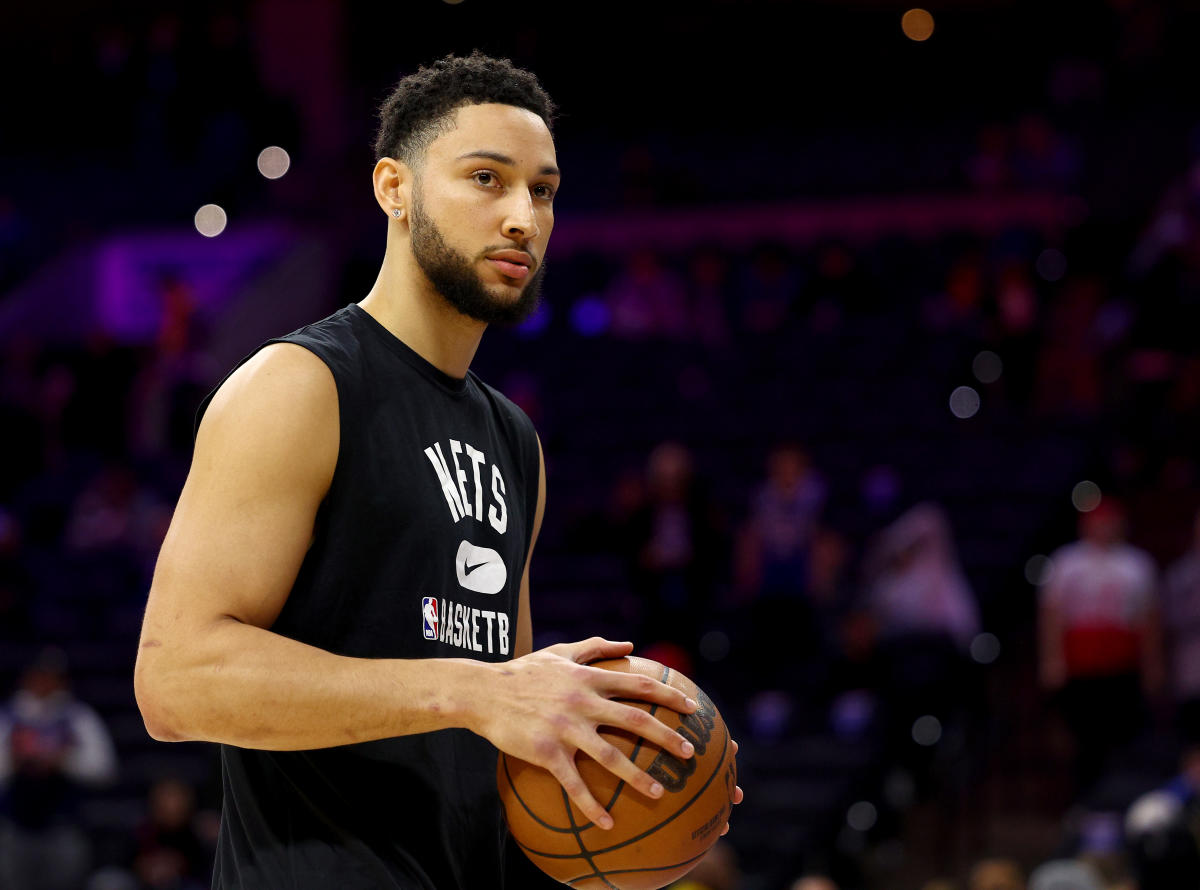 The NBA season is only 27 days away, but it’s never too early to prepare for your fantasy basketball drafts! At the forefront of the pre-draft process, I rank the top-300 players and break them down into positional tiers. I’ll expand upon the positional tiers in a future series, but it’s often challenging to build rankings around players coming off an injury, facing increased competition, or changing teams in the offseason.

A few players fit the aforementioned criteria, and I’ll debate their situations below and explain why they’re the hardest for me to rank heading into this, the 2022-2023 fantasy basketball season.

Ben Simmons tops my list of hardest players to rank after being marred by controversy and health issues over the past two years. However, he’s coming into this season healthy and loaded with an arsenal of shooters around him who should allow him to flourish.

Though he technically has been in the league for six seasons, he only has four years of true NBA experience under his belt — having missed an entire season his rookie year with a foot injury and last year due to back, mental health and organizational fallout. Three of those four years were very productive after finishing inside the top-50 overall three times in category leagues:

And on a per-game basis, Simmons finished inside the top 50 twice in category leagues. Hopefully, this serves as a helpful reminder to fantasy managers that Simmons was indeed good, at some point, for fantasy basketball.

Some might question how Simmons’ skillset will translate in a new environment, mainly playing alongside two bonafide superstars, Kevin Durant and Kyrie Irving. However, his playmaking ability shines in transition and in finding open shooters. According to NBA Advanced Stats, the 2020-2021 season was the first time he didn’t finish top-10 in points created from assists (he finished 11th). And let’s not forget his propensity for finding his teammates beyond the arc:

There’s no shortage of shooters in Brooklyn (Seth Curry, Joe Harris and Cam Thomas, to name a few), but the Nets are severely lacking in depth in the frontcourt. Simmons offers enough versatility to play as a small-ball center in addition to being a point forward. Mentality and leadership aside, Ben Simmons is the better-scoring version of Draymond Green — with fewer blocks, threes and a lower FT%. His usage rate has never been sub-20 percent in his career, and I don’t expect that to change in Brooklyn. He should have positional eligibility for several spots in your lineup, and with the ability to accumulate a ton of counting stats, Simmons has appeal as an eighth or ninth-round target in category leagues, assuming he can play around 60 games.

[Get in on the fun this fantasy hoops season: Create or join a league now!]

Still, I have reservations about vaulting Simmons up my rankings. I’m unsure if Simmons’ media circus is entirely out of the way. He also had this offseason, and while he’s cleared for training camp, is that enough time to build chemistry with his teammates AND overcome the organizational disarray that saw Durant and Irving both wanting out?

I don’t know if I can take any more of Simmons’ offseason hype videos of him shooting 15-foot baseline fadeaways and pull-up threes. I have to see it in a real game, and I’m not sold on him having confidence in his jump shot. His FG attempts have gone down every season since being in the NBA, and that’s what separates him from the likes of Green.

I originally had Simmons ranked closer to industry experts in the high-70s, but I’ve cooled on his outlook and moved him back to 87 in my latest rankings (three spots ahead of Green).

The last time Zion Williamson was not in street clothes was May 4, 2021, versus the Golden State Warriors. He filled the stat sheet that night, scoring 23 points (8-17 FG) with 12 rebounds, seven assists and four steals across 37 minutes; the best version of Zion fantasy players could imagine. The former first-overall pick finished the 2020-2021 season ranked 68th on a per-game basis, and 58th in total games played in 9-category formats. Unfortunately for NBA fans and fantasy managers, Williamson fractured his foot in the 2021 offseason, costing him the entirety of the 2021-2022 season.

He only played in 24 games his rookie season after having arthroscopic surgery to repair a tear in his right meniscus. His All-Star campaign was cut short in his second season after fracturing his left ring finger. And then came the dreaded foot fracture. That’s three significant surgeries in three years, without mentioning his continual weight and conditioning issues.

All reports of his recovery from foot surgery have been positive, and apparently, he’s put down the cheeseburgers and got a personal chef who raves about his love for seafood and salmon.

Despite missing an entire season, his name carries more weight (no pun intended) than his fantasy value. Averaging 27.0 points on 61% shooting from the field — all while leading the NBA in points in the paint per game (20.3) in the 2020-2021 season is no easy feat. But with a revamped Pelicans roster that includes CJ McCollum, Jonas Valanciunas, Hebert Jones and Larry Nance Jr., can he regain his dominance?

Zion is undoubtedly one of the most exciting and polarizing players in the league. But that doesn’t always translate to fantasy. Zion excels in three categories at his position — points, FG% and assists. He improved defensively from Year 1 to Year 2, upping his stocks (steals + blocks) from 1.1 to 1.5 with a shade under a steal per game. Beyond that, Zion is an average rebounder (7.0 for his career) who doesn’t attempt a lot of threes and shoots sub-70% from the free-throw line. He can tank that category on a given week with such a high volume from the charity stripe (8.7 attempts per game in the 2020-2021 season). Also, turning the ball over almost three times a game in his first two seasons is not ideal.

All that aside, money talks, and after signing a massive 5-year, $193M rookie max extension this offseason (worth up to $231M), the Pelicans front office sees Zion as their franchise player. If healthy, Williamson should exceed expectations. He has the talent to be an All-NBA player, and FantasyPros’ latest ECR has him ranked 42, which is fair. But with his ADP in the fourth round, I can’t help but think this is overly ambitious for a player with such a lengthy injury history and faults in his game that makes him less appealing for 9-category formats.

He stands at 66 in my latest rankings, but I’ll be watching the preseason closely to see how the new big three in New Orleans pans out and if Zion can increase his shooting range and rebounding volume — along with converting more free-throws on a nightly basis.

Miami Heat point guard Kyle Lowry was the mystery man of the 2022 season. Last August, he came to the Heat via sign and trade from the Raptors on a 3-yr $85M deal — a considerable investment for a 36-year-old six-time All-Star NBA champion.

He finished last season’s campaign averaging 13.4 points per game (his lowest since the 2012-2013 season), 7.5 assists and 4.5 rebounds per game, with 44/38/85 shooting splits. Not too shabby, but his consensus ranking doesn’t seem to be accounting for missing 69 games across the last three seasons. And last year, 13 of his 19 absences were due to personal reasons, relegating him to enigma status.

He hasn’t shed light on what kept him away from the team (nor does he have to), but he did acknowledge, “It’s a situation when it’s better, I’ll talk about it more. But it’s definitely something that kind of derailed my whole season and kept me derailed for a long time.”

Lowry’s assertion is both honorable and concerning. To make matters worse, Miami Heat Team President Pat Riley called him out for his poor conditioning after the 2021-2022 season — which is no surprise since he was MIA for a considerable amount of time:

All of this has depressed Lowry’s value entering the new season. And maybe it’s justified. He’s another year older and clearly still working through personal challenges. He finished 2021-22 outside the top-60 in H2H formats for the first time in his previous five seasons — and if that season is any indication of what’s ahead, that’s not good.

It’s not all doom and gloom, though. He is reportedly “in shape” and has unfinished business for a Heat team that was one game away from reaching the NBA Finals. He also averaged 33.9 minutes per game in his 16th NBA season. Plus, the Heat did nothing in free agency or the draft to improve their roster or threaten his status as the point guard of a playoff-contending team.

FantasyPros’ consensus rankings prove there are believers in the market. But with such a sizable gap between Lowry’s ADP on Yahoo and ECR, I gravitate towards the public here. For now, I view Lowry in the class of aging point guards who are likely to disappoint this year (like Mike Conley, John Wall and Russell Westbrook). The dilemma is that he’s proven to offer top-50 upside in the past. He’s currently being drafted in the 9th round in category leagues which is close to my ranking of 105. Ideally though, I’d wait for him to fall to the 10th round or later in 10-12-team drafts.