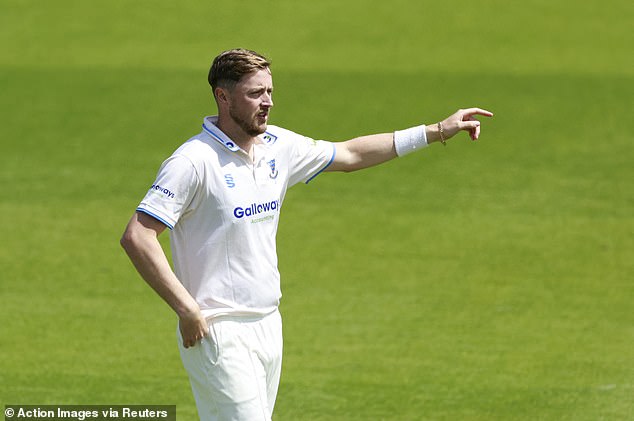 By Hector Nunns For The Mail On Sunday

Ollie Robinson missed a chance to make a really big point to the new-look England set-up on Saturday as Sussex toiled against a New Zealand team down to the bare bones.

The 28-year-old bowled 18 overs in four spells, conceding 42 runs — and was slightly unfortunate not to take a wicket especially in his opening six-over stretch for just six runs.

Though he is not in the current squad England will almost certainly persevere with Robinson in the medium term as his record — not least against New Zealand last summer — demands it. There have been issues with his fitness and injuries but he looked lean and focused on day two at the County Ground. He did though spend around an hour off the pitch with Sussex calling the absence ‘workload management’.

There was an impressive initial blast that had New Zealand captain Tom Latham and Will Young hopping around. Sussex skipper Tom Haines said: ‘He bowled really nicely and his first spell this morning was a proper opening spell. It was really nice to see him back at full tilt and hopefully he can back that up again tomorrow.’

A New Zealand touring team mainly enjoyed a stroll in the Sussex sunshine at Hove. Having won the toss they finished day the day on 342 for three. With some players due to return from the IPL and further problems with injury and Covid isolation, just 12 were available on the south coast.

But after Friday’s day one washout they enjoyed the gentlest possible baptism. Four batters — Latham, Young, Michael Bracewell and Tom Blundell — got half-centuries and retired undefeated. 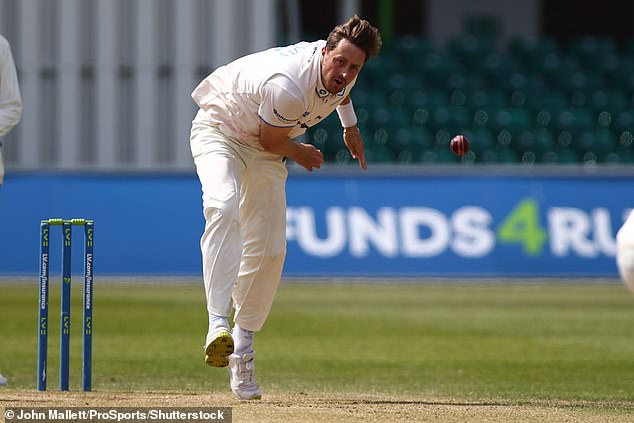 New Zealand batting coach Luke Ronchi said: ‘For these types of games losing the first day isn’t ideal, so on a nice surface for the guys to get a bit of a hit was nice.

‘Ollie Robinson had an impact on the series last year, so they are the challenges you want to face when you first arrive with the Duke ball nibbling around a bit.

‘That’s the thing though in England, you can feel comfortable and all of a sudden you’re out, and one of our things is not resting on our laurels.’ 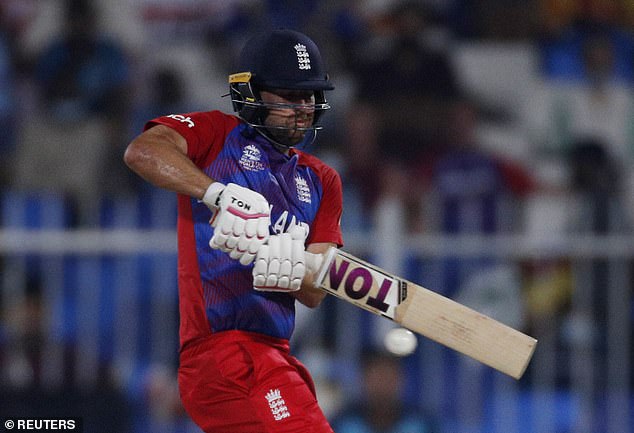