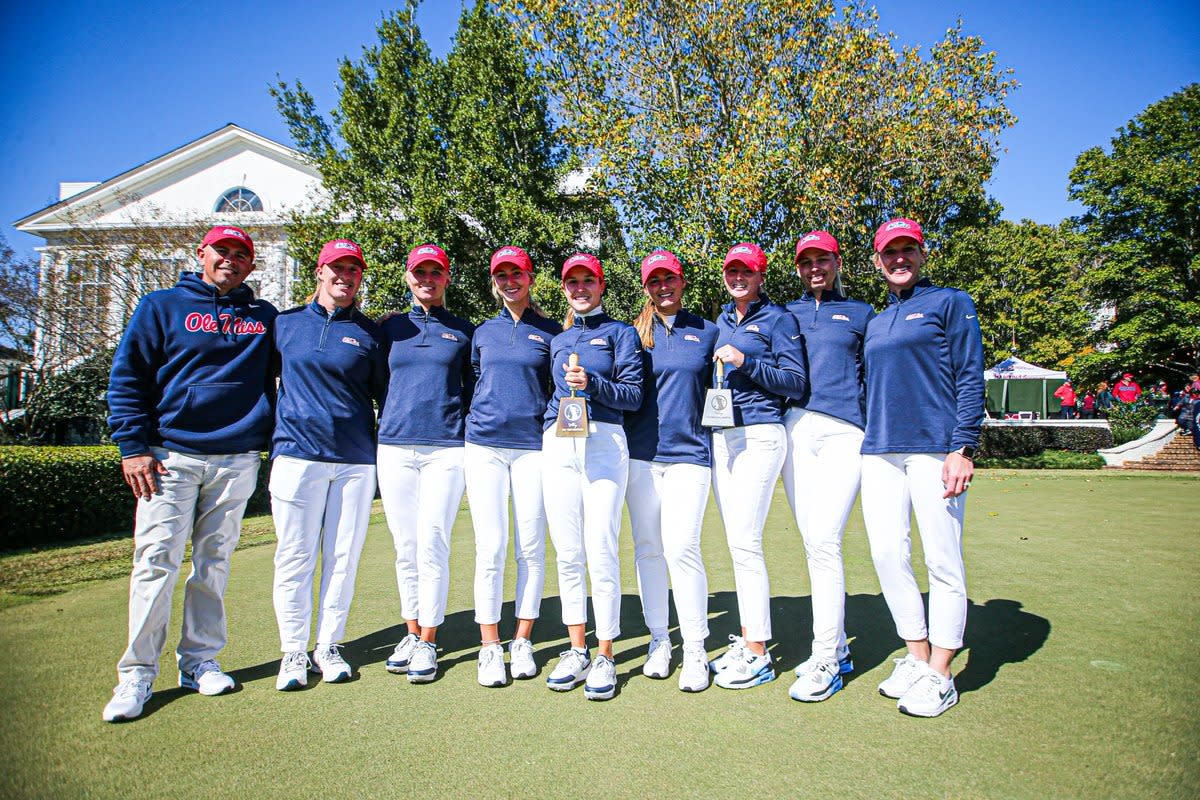 Two weeks ago at the Blessings Collegiate in Arkansas, it was Mississippi State capturing the team and individual titles. This week, Ole Miss got revenge, and it did so at its rival’s event.

The Rebels captured The Ally at Old Waverly Golf Club in West Point, Mississippi, beating SMU by two shots and host Mississippi State by 19 to win for the second time this season. It was also the second win for Ole Miss senior Andrea Lignell, who shot 3-under 213 to win by two shots.

Lignell was about as consistent as you can be, shooting 1 under in every round to beat SMU’s Ellie Szeryk, who was the only other player to finish under par. James Madison’s Kendall Turner and Ole Miss’ Ellen Hume tied for third at even par.

In the team competition, Alabama placed fourth while Old Dominion came in fifth. SMU led heading into the final round, but Ole Miss was eight shots better than the Mustangs to come away with the win.

Meanwhile, for Lignell, her worst finish is second on the season, which came at the Blessings Collegiate.

At the Governors Club in Chapel Hill, North Carolina, Wake Forest came in as a big favorite after last week’s stroke-play win at the Stephens Cup before falling against Stanford in match play. However, the Demon Deacons didn’t walk away from the Ruth’s Chris Tar Heel Invite with the trophy.

That honor went to Kentucky. The Wildcats led Wake Forest by one stroke heading into the final round, and they were the only team in the 14-school field to shoot under par on the final day, securing the second straight team title for Kentucky.

The Wildcats finished at 4 under for the tournament, and Wake Forest finished five strokes off the pace. Host North Carolina tallied a third-place finish at 13 over while Tennessee and Michigan rounded out the top five.

Meanwhile, Jensen Castle, the 2021 U.S. Women’s Amateur champion, secured her first collegiate victory. She beat Duke’s Phoebe Brinker in a playoff with a par on the par-3 ninth hole. The duo finished the tournament at 7-under 209, but Castle shot 4 under in the final round to tie Brinker, who managed an even-par 72 on the last day.

Kentucky’s Laney Frye finished in third at 6 under, one shot out of the playoff. She was 1 under in the final round. The Wake Forest duo of Emilia Migliaccio and Lauren Walsh tied for fourth at 3 under.