NZ vs BAN Live, 2nd Test: Mushfiqur Rahim suffers groin injury – What comes as a piece of setback for Bangladesh, wicket-keeper batsman Mushfiqur Rahim has suffered a groin injury. The latest development is likely to rule him out of the second Test. Nurul Hasan is the likely replacement if Rahim is unable to clear the fitness Test.

“He is carrying a groin injury and chances are slim regarding his participation in the second Test against New Zealand,” the team official told Cricbuzz.

“In the morning our physio will have a look at him before we make a final call but if he fails to make it to the XI in that case Nurul is front runner to replace him,” he added.

NZ vs BAN Live, 2nd Test: Mominul Haque led Bangladesh’s young guns have dismissed talk of Hagley Oval being a graveyard for visiting teams ahead of the second Test against New Zealand in Christchurch on Sunday. The historic win in the 1st Test has bolstered the motivation against Tom Latham led Kiwis who are missing Kane Williamson. Follow New Zealand vs Bangladesh Live Updates on InsideSport.IN.

The Black Caps see the picturesque central city ground as a safe haven and point to an impressive Test record of six wins, a loss and a draw at the oval. The last time New Zealand lost a match at the venue was back in 2016 to Australia.

The emerald wicket suits their swing and seam attack and they expect to atone for their shock loss to the tourists in the first Test. But Bangladesh coach Russell Domingo said his side had the confidence of youth and were not impressed by Hagley Oval’s reputation.

“They want to try and do what no other Bangladesh side’s done before and that’s win a series in New Zealand. They’re halfway there, the job’s not done, but they’re very driven to try and achieve something very special,” Bangladesh coach Russell Domingo said.

In the first Test at Mount Maunganui, which Bangladesh won by eight wickets, seven members of the New Zealand side were older than 30 and only two — Kyle Jamieson and Rachin Ravindra — were under 28. In the victorious Bangladesh side, eight players were under 28 and Domingo said that was a critical element in their preparation.

“It’s a young side so they don’t come here with all the scars that some of the older players have gained from playing against New Zealand so many times,” he said.

New Zealand captain Tom Latham said he expected Bangladesh to be full of confidence but maintained the Hagley factor would favour New Zealand.

“It’s a completely different surface to what was up at the Mount and we know we’ve played some really good cricket here in recent years. With the extra pace and carry here it does suit our bowlers,” Tom Latham said.

“Hopefully we can celebrate a nice Test win and obviously a great career as well,” the captain said.

But Domingo warned New Zealand not to believe they were the only team to benefit from a green wicket.

“We’ve got some really quality fast bowlers at the moment and it’s not often Bangladesh can say that they’re actually looking forward to bowling on a wicket that has got a bit of grass on it,” Russell Domingo warned.

Training time at Hagley Oval ahead of the second Test against @BCBtigers. Follow play LIVE with @sparknzsport from 11am tomorrow in Christchurch. #NZvBAN pic.twitter.com/aiisiB8Nxy

NZ vs BAN 2nd Test: “Opportunities like this don’t come around very often. You’re confident, you’re playing well and you’ve got a good balance to your side at the moment and conditions, as crazy as it might sound, could actually suit us,” he added.

See also  Iyer & Rahane off to good start in 132 chase 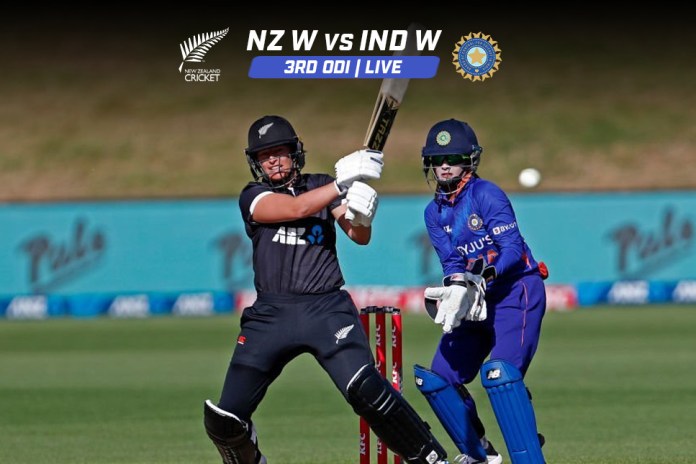