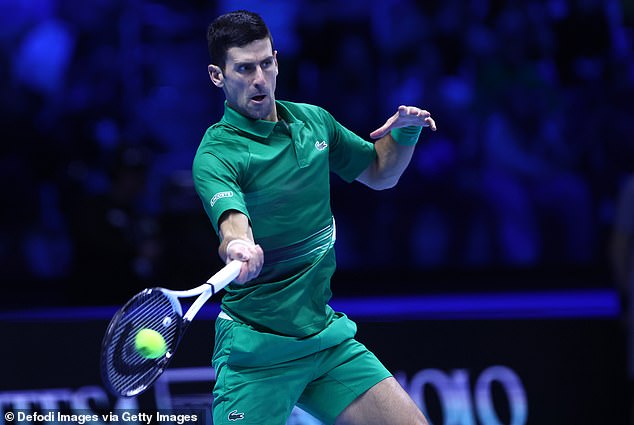 Novak Djokovic has declared his plans to enjoy ‘a great Australian summer’ after being granted a visa to return to the country which will enable him to shoot for more grand slam glory in Melbourne.

The Serbian all-time tennis great revealed on Wednesday that he was ‘very happy’ to receive the news that would allow him to go for a record-extending 10th Australian Open title, and it was confirmed in writing to the world on Thursday morning.

‘Since the cancellation of Mr Djokovic’s visa in January 2022, all Covid-19-related Australian border restrictions under the Biosecurity Act 2015 have been removed, including the requirement to provide evidence of Covid-19 vaccination status to enter Australia,’ Immigration Minister Andrew Giles said in a statement.

‘Mr Djokovic has subsequently been granted a temporary visa to enter Australia.’

The 35-year-old had been barred from Australia until 2025 but revealed his delight that the decision has been reversed. 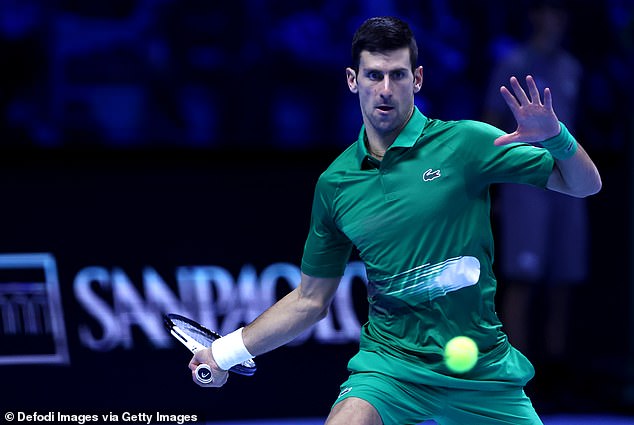 Speaking in Turin, the Serbian described the development as ‘a relief’ as Melbourne Park is a venue where he has plenty of happy memories

‘I was very happy to receive the news,’ Djokovic, who’d been at the centre of major international drama on the eve of this year’s event when he was held in a detention centre for attempting to enter the country while not vaccinated before being deported amid a legal battle, said.

But speaking in Turin after defeating Andrey Rublev at the ATP Finals, the Serbian said: ‘It’s a relief, obviously knowing what I and people closest to me in my life have been through this year with what happened in Australia and post-Australia obviously.

‘I could not receive better news for sure – during this tournament as well. Australian Open has been my most successful grand slams. I made some of the best memories there.

‘Of course, I want to go back there, I want to play tennis, do what I do best, hopefully have a great Australian summer.

‘I’m always thankful to go through experiences, no matter what the experiences are. I try to be optimistic and positive in life.

‘I look forward to starting the new year in Australia, and we’ll see how the next year goes.’ 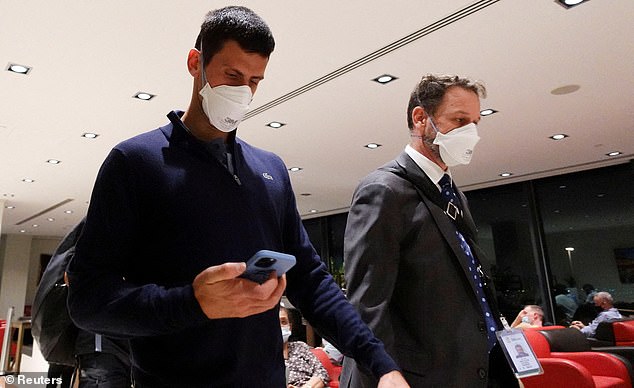 After first arriving in Australia on January 5, Djokovic was deported on January 16 after he refused to confirm his vaccination status 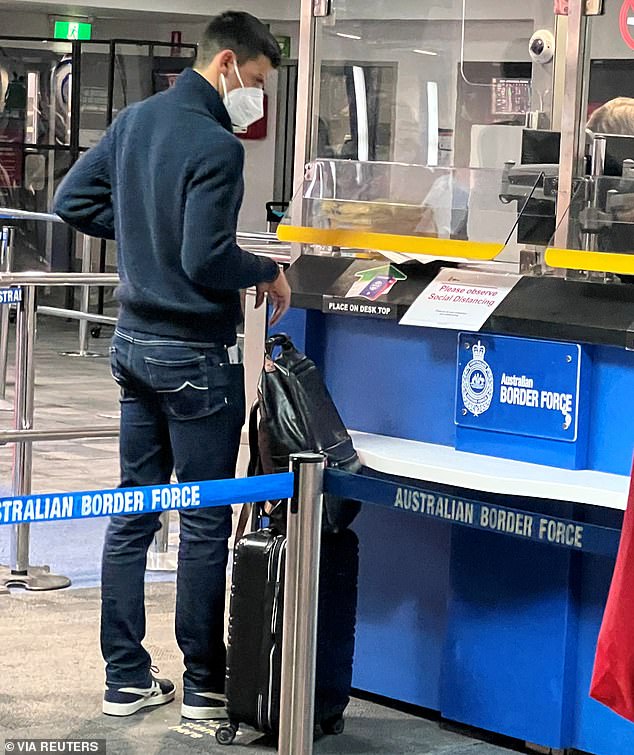 The news came before Djokovic produced one of his performances of the year to outplay Rublev 6-4 6-1 to qualify for the semi-finals of the season-ending event – and he reckoned it may have helped his game out on court.

‘Did it affect my game today? I would like to believe it did. Why not? I don’t think it did affect me too much because I’m familiar with what I need to do in order to prepare myself for every match,’ he said.

‘Of course, knowing that I have clarity now, what I do in the off-season, starting the season in Australia, also of course it did relieve some of the pressure me and my team felt. Just giving that clarity makes it great for us.’

See also  Ons Jabeur, an Entertainer Who May Soon Be a Wimbledon Champion

The return of Djokovic had looked on the cards ever since July when Australia scrapped its rule requiring visitors from overseas to declare their Covid vaccination status.

Australian Open tournament director Craig Tiley had said Djokovic would be welcome back if he could get a visa, but that Tennis Australia couldn’t lobby on his behalf.

After missing the Australian Open and US Open over his Covid-19 stance, the still-unvaccinated Djokovic will now be able to shoot for Rafael Nadal’s Melbourne crown while also attempting to equal the Spaniard’s men’s record of 22 grand slam crowns.