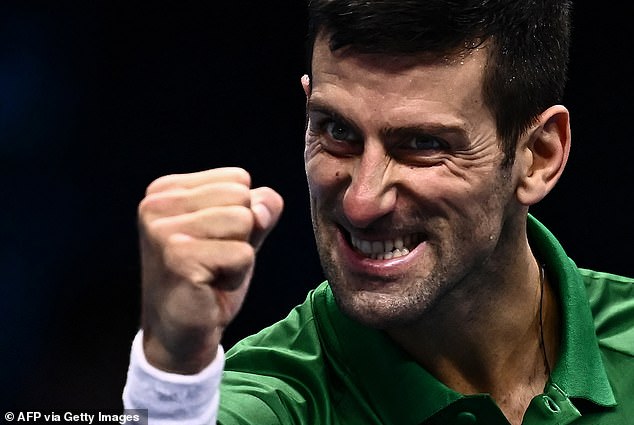 Five-time champion Novak Djokovic eased into the semi-finals of the ATP Finals with a 6-4, 6-1 win over Russian Andrey Rublev on Wednesday.

It took the seventh-seeded Djokovic just 68 minutes to see off Rublev and make it two wins out of two in Turin to qualify for his 11th semi-final in 15 appearances at the year-end tournament.

Djokovic is aiming to equal Roger Federer’s record six titles at the event. His last victory came in 2015. 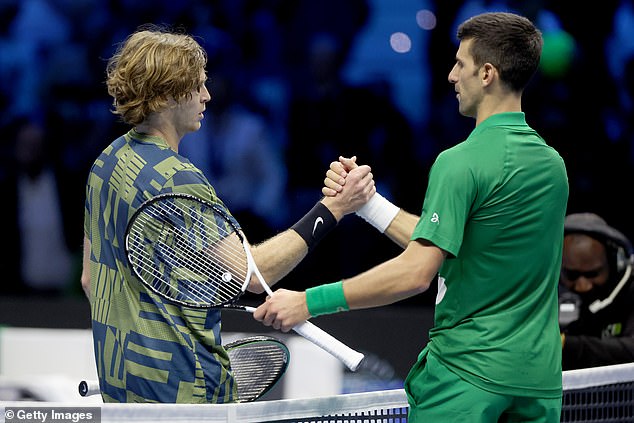 ‘I played very, very well. One of the best matches of the year without a doubt,’ Djokovic said.

‘He is a tough opponent. A great competitor. He possesses a lot of strengths in his game. I managed to find the right attitude and the right game.

‘He went down in his energy a little in the second and I wanted to use the momentum and energy from my side in the first few games and it was a flawless second set.’ 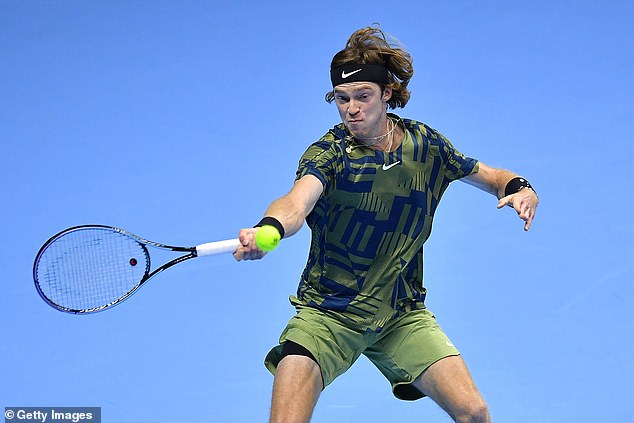 In a first set dominated by serving on the fast indoor court, the first break point didn’t come until the final game and when Djokovic hit a return down the line to take the opener, Rublev threw his racket down in frustration.

Djokovic broke early in the second set and took a 3-0 lead with no way back for Rublev. The Russian won two points in the final two games as Djokovic broke again and went on to take the match.

Djokovic beat Stefanos Tsitsipas in the players’ opening match. The second-seeded Tsitsipas will face Rublev on Friday in their final group match with a spot in the semi-finals at stake as both players are now at 1-1 in the Red Group after the Greek player beat Daniil Medvedev. 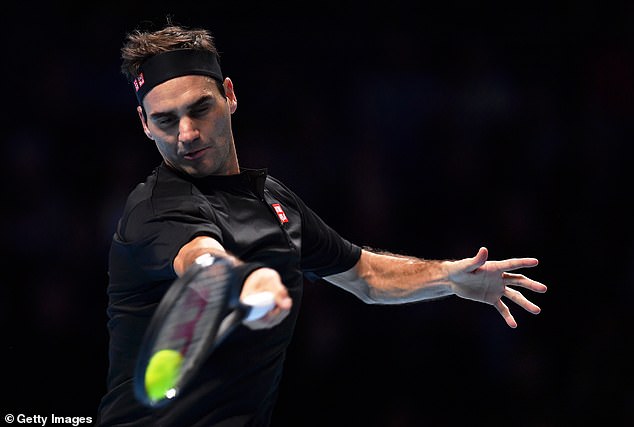 Top-seeded Rafael Nadal was eliminated on Tuesday after his second loss of the tournament, while Casper Ruud booked his place in the semifinals. Felix Auger-Aliassime and Taylor Fritz will play each other on Thursday, with the winner set to secure the other semi-final spot from Green Group.