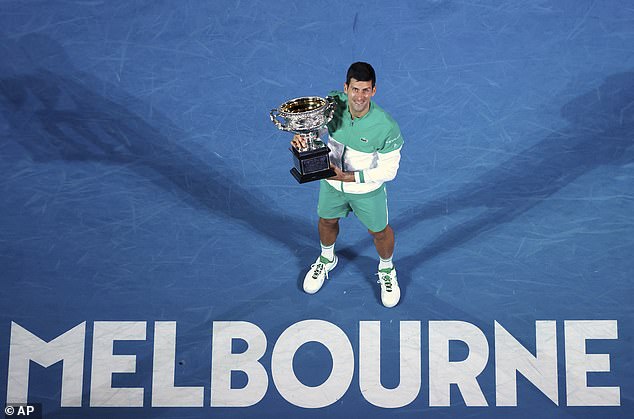 World No 1 Novak Djokovic has sensationally suggested he could sit out next year’s Australian Open and surrender his title if he is forced to reveal his vaccination status.

Last year, Djokovic said in a Facebook chat that he is opposed to vaccination but accepted he might have to make a decision if it becomes mandatory.

Now, the Serbia star has implied he is not willing to open up on whether he has received a jab and would even give up his title defence alongside his bid for the Grand Slam record rather than reveal his vaccination status. 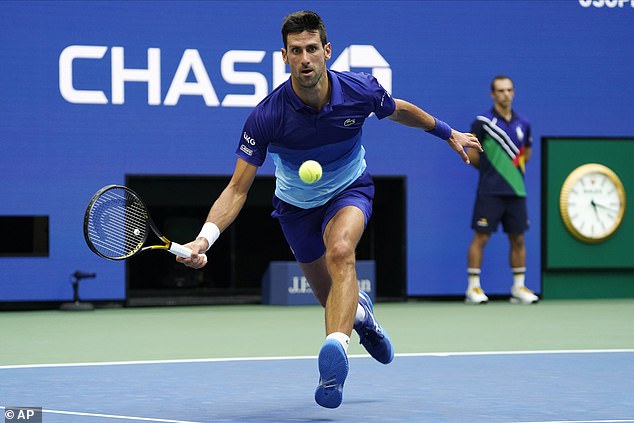 Last year, World No 1 Djokovic said that he is opposed to vaccination and didn’t want one

Speaking to the online edition of Serbian daily Blic, Djokovic said: ‘Things beings as they are, I still don’t know if I will go to Melbourne.

‘I will not reveal my status whether I have been vaccinated or not, it is a private matter and an inappropriate inquiry.

‘People go too far these days in taking the liberty to ask questions and judge a person. Whatever you say ‘Yes, no, maybe, I am thinking about it’, they will take advantage.’

In April 2020, Djokovic revealed his anti-vax stance in a Facebook chat, saying: ‘Personally I am opposed to vaccination and I wouldn’t want to be forced by someone to take a vaccine in order to be able to travel.

‘But if it becomes compulsory, what will happen? I will have to make a decision. I have my own thoughts about the matter and whether those thoughts will change at some point, I don’t know.’

Djokovic’s latest quotes come as the political leader of the state which hosts the season-opening major suggested Tennis players who haven’t received a COVID-19 vaccination are unlikely to get a visa to enter Australia. 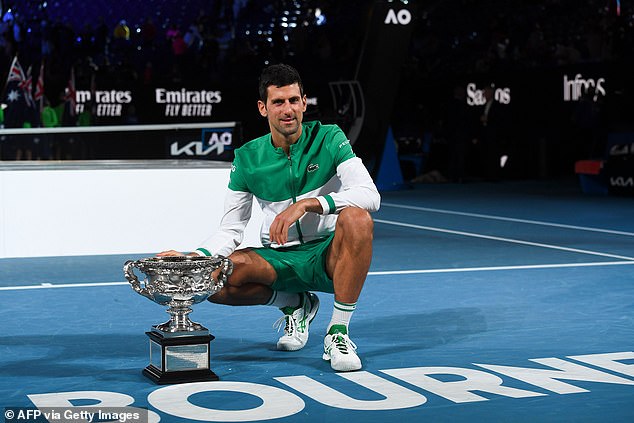 Victoria state Premier Daniel Andrews has already introduced a vaccine mandate for professional athletes competing in domestic sports leagues and people working in some industries including health. On Tuesday, he increased the pressure on tennis players traveling from abroad.

‘I don’t think any unvaccinated tennis player is going to get a visa to come into this country,’ Andrews said. ‘If they did get a visa, they’d probably have to quarantine for a couple of weeks when no other players will have to.

‘Professional sport is part of that authorised worker list and they have to be double-dose vaccinated.’

Australia is preparing to re-open its international borders for the first time in more than 18 months, but it’ll be a gradual, state-by-state process starting next month and will depend on vaccination rates across the country. Fully vaccinated people will have fewer restrictions in Australia than those who are not.

The vaccination debate has been ongoing in tennis since international competition started re-emerging following a global shutdown last year.

At the US Open, which ended September 12, spectators had to show proof of at least one dose of a COVID-19 vaccine to attend matches, although players weren’t required to get a shot. 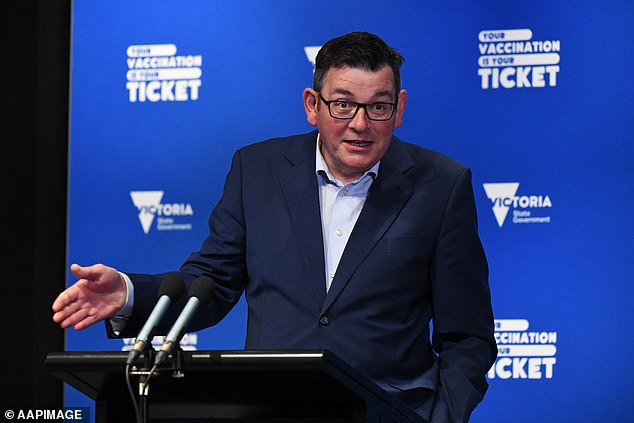 Victoria Azarenka, a two-time Australian Open champion and three-time runner-up at the US Open, thought that sent a mixed message. She reached the US Open final in 2020, when there were no fans allowed.

‘To me that’s a bit bizarre that fans have to be vaccinated and players are not,’ Azarenka said. ‘So I think that in my opinion, it’s inevitable that it will be mandated at some point, like other leagues are doing.’

Both the men’s and the women’s tours are recommending all players get vaccinated but so far have not enforced it. Just before the US Open, roughly half of the elite male and female players were vaccinated.

Speaking in August, Andy Murray said he was concerned about the low uptake of vaccine among his peers on tour.

‘I feel like I’m enjoying a fairly normal life, whereas for the players that haven’t, it’s different,’ said Murray. ‘I’m sure they’ll be frustrated with that.

‘Ultimately I guess the reason why all of us are getting vaccinated is to look out for the wider public. We have a responsibility as players that are travelling across the world to look out for everyone else as well.

See also  Ash Barty: Bookies do NOT rule out women's World No 1 making a quick return to tennis

‘I’m happy that I’m vaccinated. I’m hoping that more players choose to have it in the coming months.’ 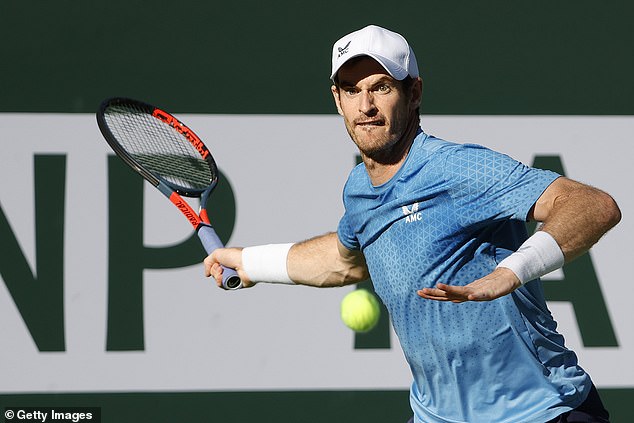 Ahead of the Australian Open earlier this year, all players had to quarantine for two weeks and be regularly tested under Australia’s strict regulations on COVID-19 measures.

Most were allowed a limited time to practice, but any who tested positive or we deemed to be close contacts of a positive case – which in some cases meant simply being on the same charter flight – had to do a hard lockdown. Those players weren’t allowed to leave their hotel rooms.

Melbourne, which hosts season-opening Formula One Grand Prix races, the richest horse race in the southern hemisphere and the biggest football crowd in Australia, has either barred crowds or shifted sports events interstate during months of lockdown in recent months. 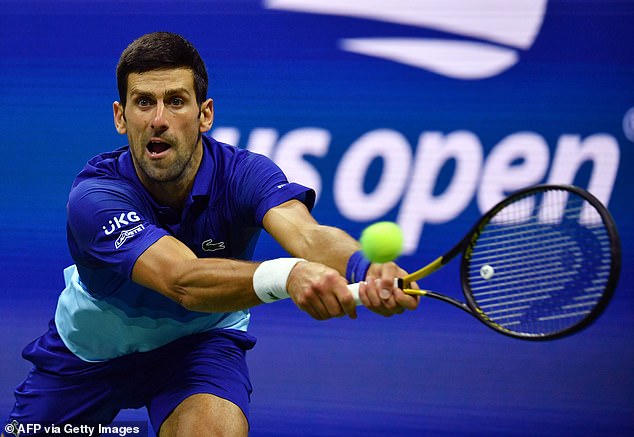