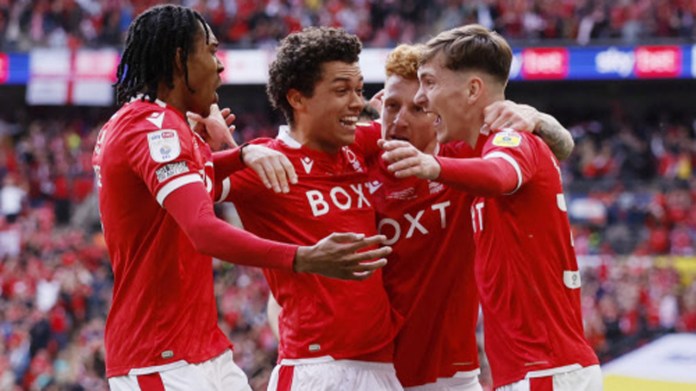 Levi Colwill’s own goal late in the first half at Wembley was enough for Steve Cooper’s side to hit the jackpot in the most lucrative single match in world football.

Promoted back to the #PL after play-off final victory over Huddersfield pic.twitter.com/SxxnEMleUY

Forest will gratefully accept the huge financial windfall, but it was the relief at ending their long exile from English football’s elite that spurred the frenzied scenes of celebration among their thousands of red and white-clad fans.

For the first time in the 21st century, Forest can look forward to welcoming the Premier League’s elite to their City Ground stadium on the banks of the River Trent.

The promotion was a personal triumph for Cooper, who has revitalised Forest since replacing the sacked Chris Hughton in September Forest were bottom of the table after taking one point from their first seven games, but Cooper had the midas touch as he
erased the bitter taste of his defeat with Swansea in last year’s Championship play-off final against Brentford.

Cooper repaired the wounds of Forest’s worst start to a season for 108 years and ensured they remained focus after losing a shot at automatic promotion in their penultimate game of the season against top-two rivals Bournemouth.

Fourth placed Forest beat Sheffield United on penalties in the play-off semi-final and held their nerve again to earn the ultimate prize against Huddersfield.

Having knocked Arsenal and Leicester out of this season’s FA Cup before losing narrowly to Liverpool, Forest’s sleeping giants have awoken from their slumber at last.

Forest’s golden period came under legendary boss Brian Clough, who led them to the English title in 1978 and won the European Cup in 1979 and 1980.

Clough’s retirement in 1993 triggered a steep decline in Forest’s fortunes, with their wilderness years featuring a three-season spell in the third tier.

Forest had been regular visitors to Wembley during Clough’s heyday but this was their first appearance at the national stadium since 1992.

No wonder the Forest supporters in the 80,000 crowd were in fine voice from the moment Ryan Yates headed James Garner’s free-kick wastefully wide from six yards.

Forest were the better side in a frantic encounter, but there was more perspiration than inspiration for long periods as passes went astray from both teams.

Garner whipped a dangerous inswinging cross into the Huddersfield area and Colwill inadvertently deflected it into his own net as the on-loan Chelsea defender tried to get to the ball before Yates.

Rocked by that blow, Huddersfield finally raised their tempo after half-time and Jonathan Hogg should have done better with a header that failed to hit the target from a corner.

The decisive moment came in the 73rd minute when Huddersfield were left fuming after being denied a strong penalty claim.

Harry Toffolo went down under a challenge from Jack Colback but referee Jon Moss booked the Huddersfield wing-back for diving and VAR refused to overturn the decision.

Huddersfield’s frustration increased when another penalty appeal was rejected after Max Lowe bundled into Lewis O’Brien.

Forest’s nerves frayed when Samba limped off injured in the final minutes, but the Reds held on to earn their return to the big time. 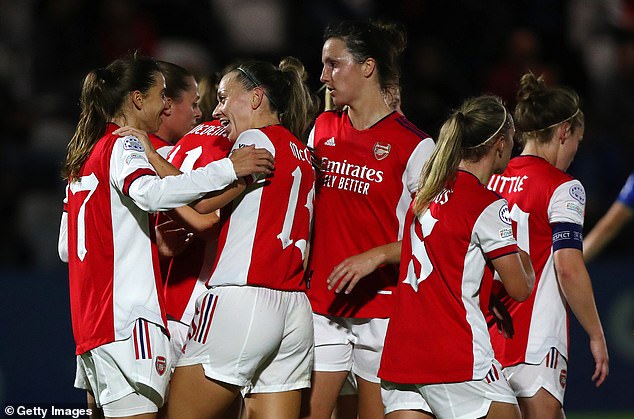