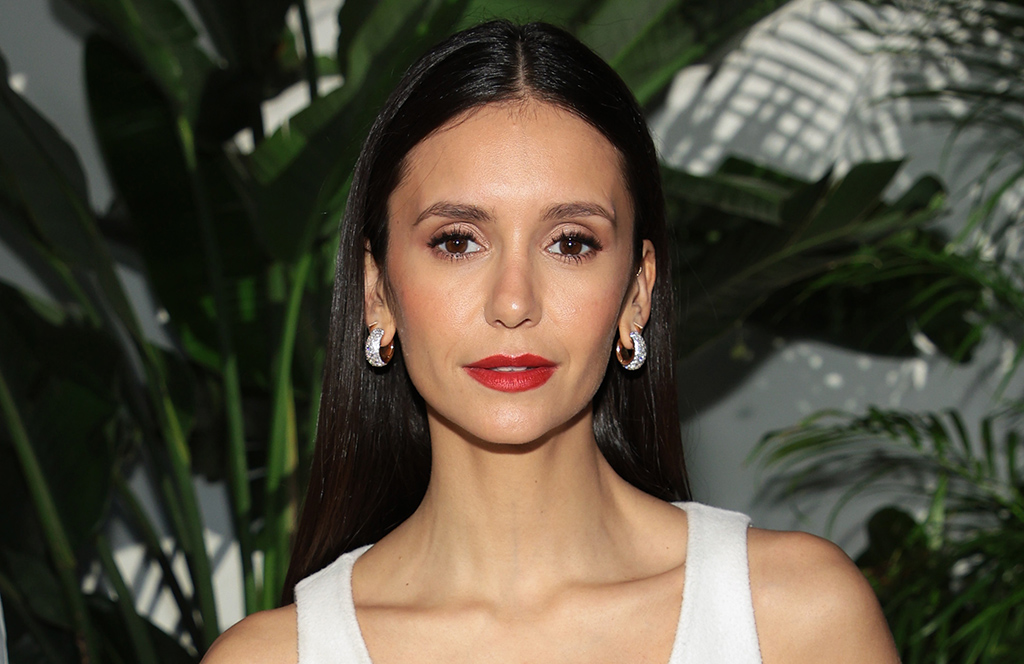 Nina Dobrev expertly styled neutrals while sitting front row at Michael Kors’ Spring/Summer 2023 show in New York today. Joined by a starry cast of characters, Dobrev garnered the attention of many for her chic ensemble and boots that seemingly went on forever.

The “Flatliners” actress’ outfit consisted of a plain white tank dress which she paired with a lengthy coordinating coat that she wore off her shoulders that emphasizing that “cool girl” vibe Dobrev has simply mastered.

The Canadian native accessorized glamorously with a little black clutch, tiny diamond hoops, and a pair of silver rings that offered the outfit a welcomed shine. Dobrev wore her dark brown tresses straight down and parted in the middle and her makeup was mostly natural, save for a bold red lip.

Amping up the drama, Dobrev slipped into patent leather black thigh-high boots with pointed toes and a slick sheen. Fitted with a three to four-inch heel, the style is a classic one. Popularized in the ‘60 go-go era, knee-high boots leave the wearer’s knee exposed, but cover the calves. Often worn with skirts, the style is a wise choice in fall and winter for protecting the leg from the elements while still allowing the wearer to show some leg.

The ever fashionable Dobrev recently attended Cara Loves Karl capsule collection in New York, the 33-year-old dressed in a masculine suiting moment. The set began with an oversized blazer, which Dobrev wore over a lacy black bra.

Fitted with long sleeves that the actress cuffed to show off the shiny black lining. The blazer was buttoned in the front and accompanied by deep pockets. Dobrev took a more militaristic route, lacing up chunky black combat boots. Ready for battle, her shoes came equipped with stark red laces, the surrounding shoe made of leather.

PHOTOS: Check out Nina Dobrev’s most fashionable moments over the years.