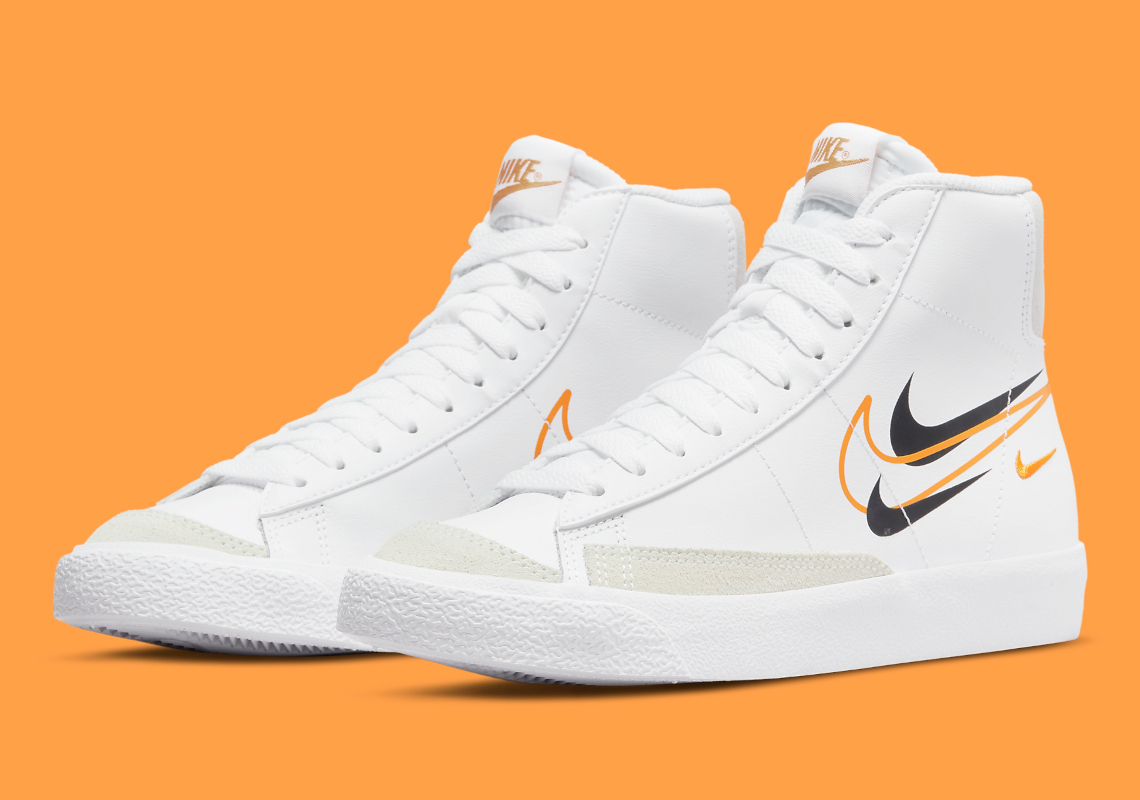 Despite not landing on the best-selling sneakers of 2021 list, the Nike Blazer Mid ’77 continues to deliver some of the most versatile styles on the market. Recently, a kid’s pair emerged in a clean “White” colorway accompanied by multiple “Laser Orange”-colored swooshes.

Akin to the model’s debut proposition in the late 1970s, the newly-surfaced offering indulges in a versatile monochromatic color combination. Suede reinforcement at the tip of the toe and lateral forefoot deviate from the panda-reminiscent styling that’s appeared one the Nike Blazer before, but its grey contrast pales in comparison to the bold orange that animates the embroidered and outlined swoosh logos on the lateral mid-foot; medial sides only feature one logo. Branding on the top of the tongue and upper heel also opt into the citrus flair, though the sole unit underfoot keeps things “colorless.”

No Nike.com launch details have been disclosed by the brand, but that’s likely to change during spring. In the meantime, enjoy official images of the shoes ahead. 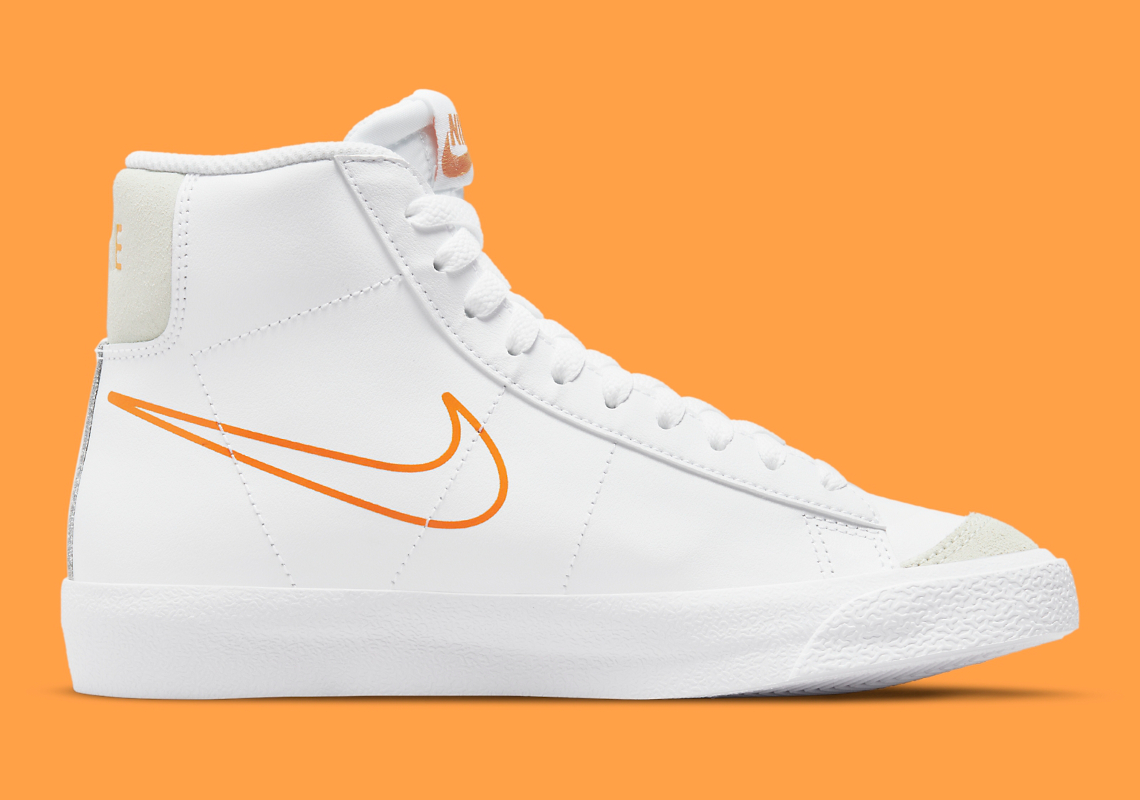 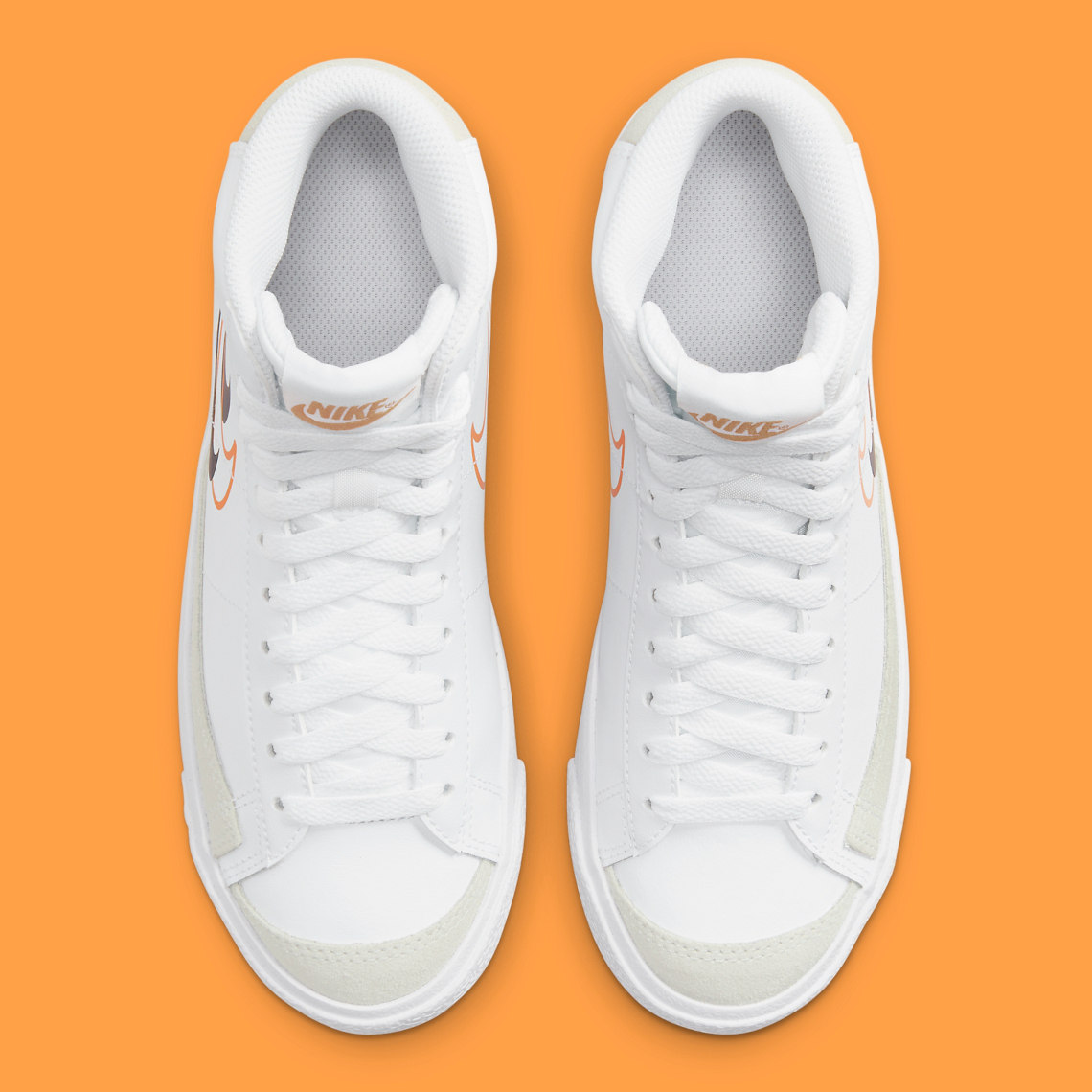 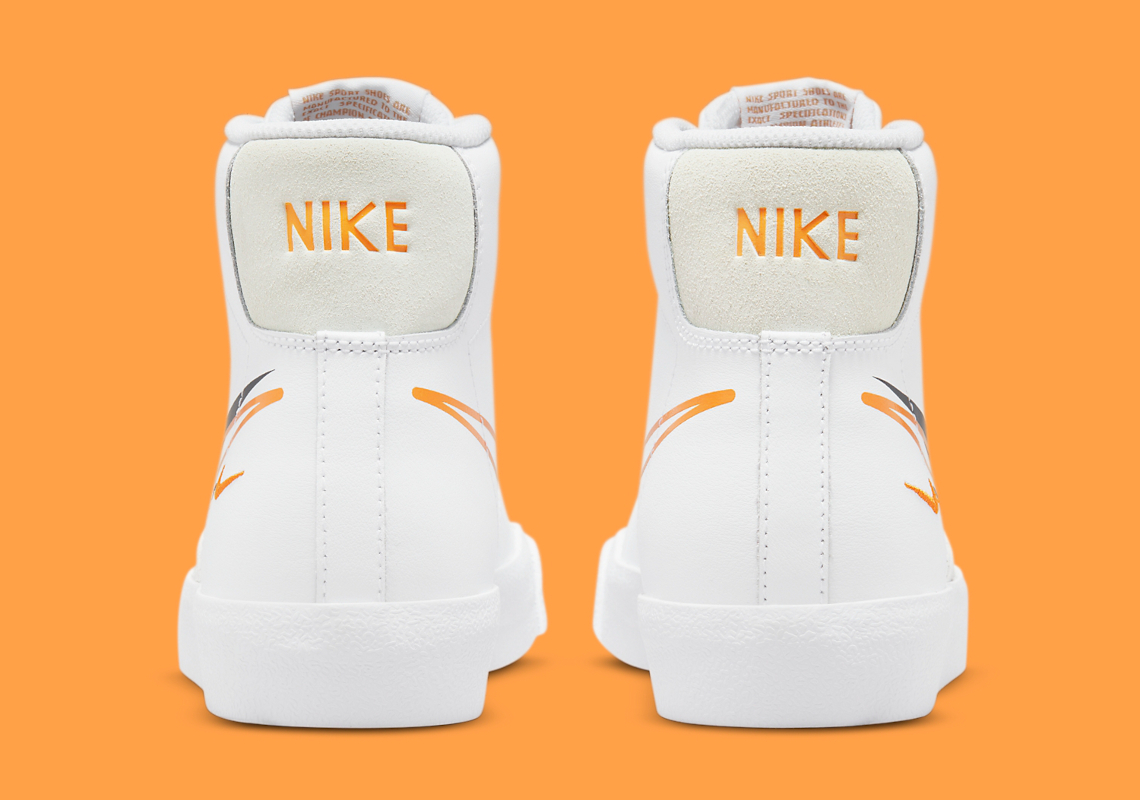 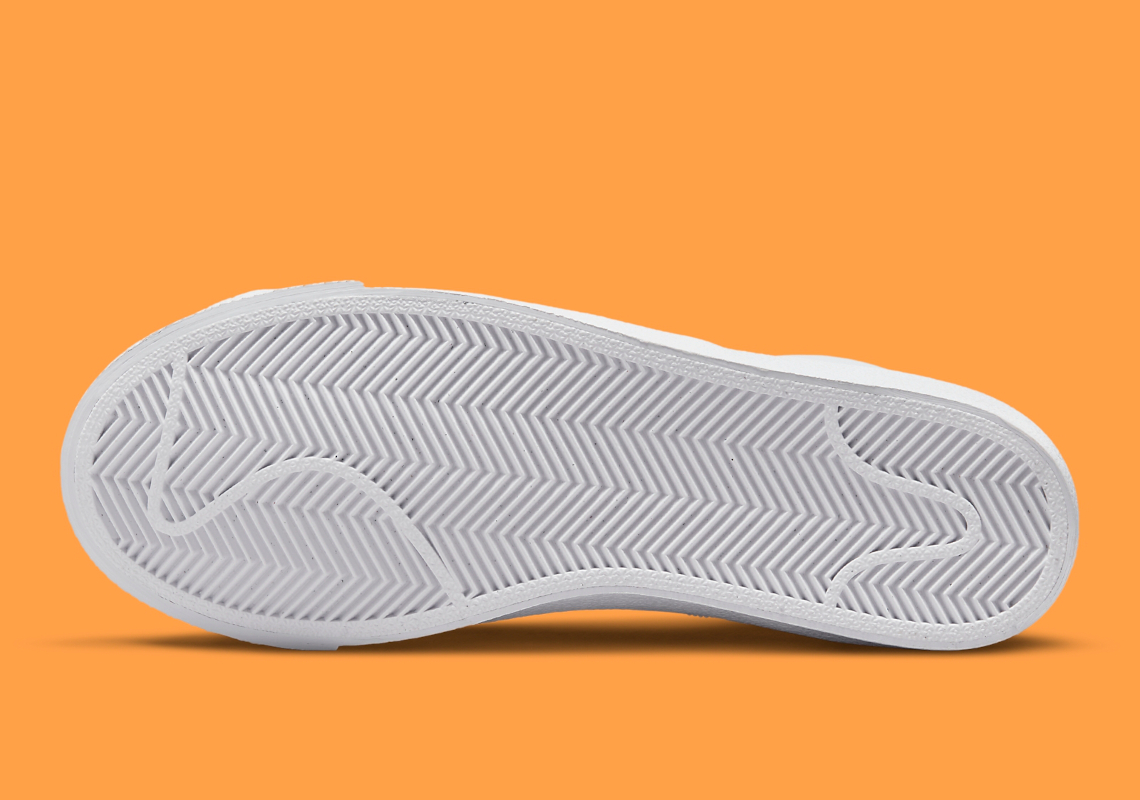 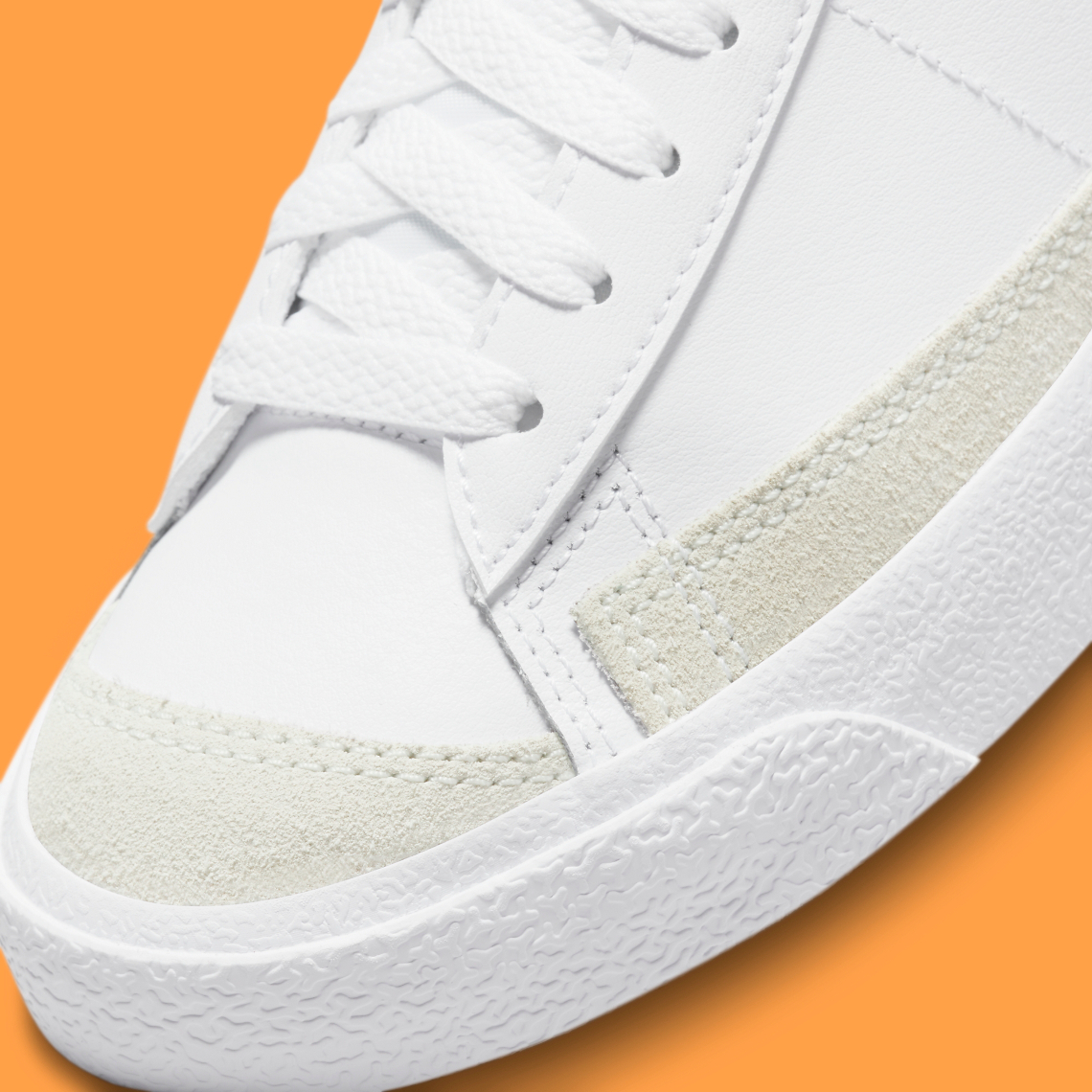 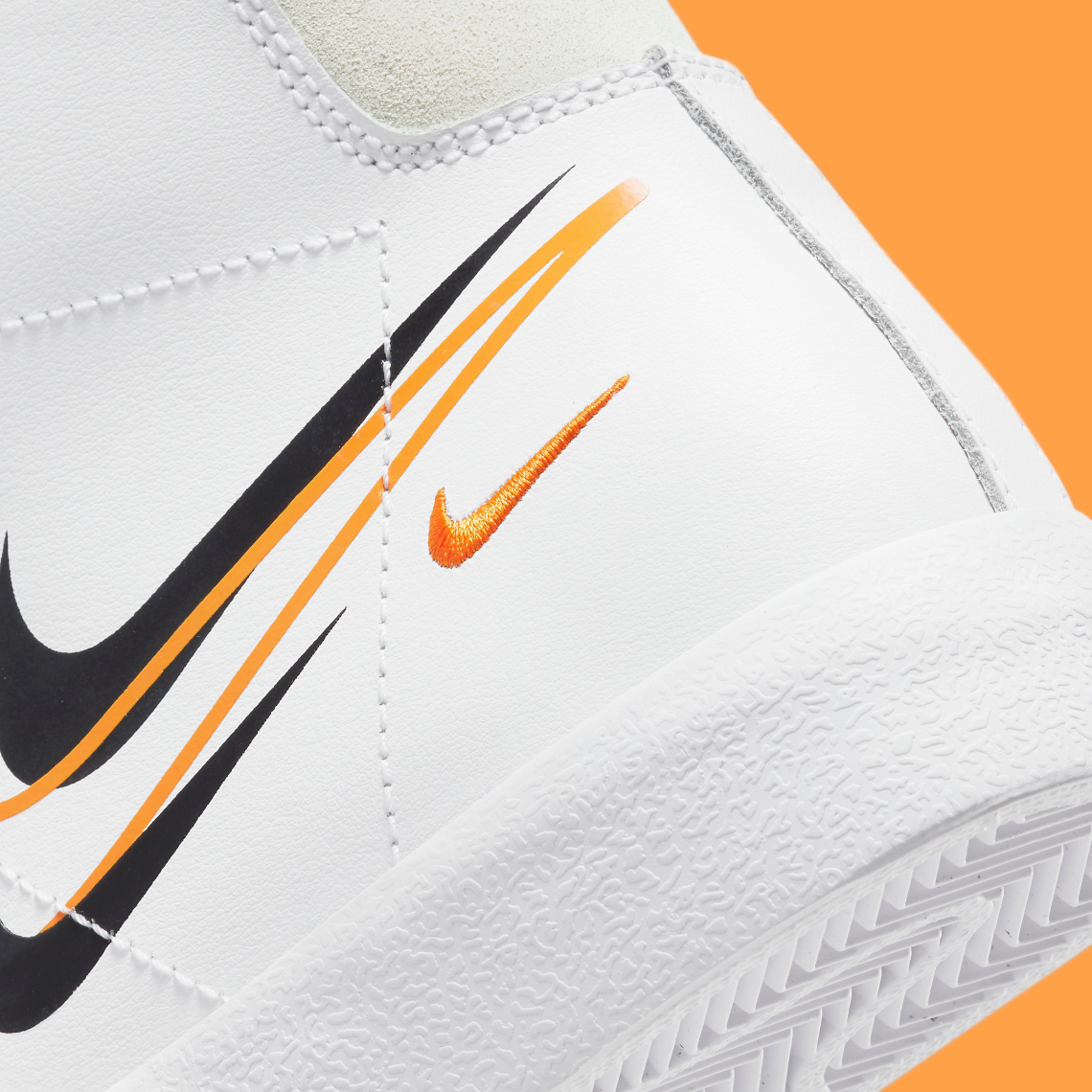