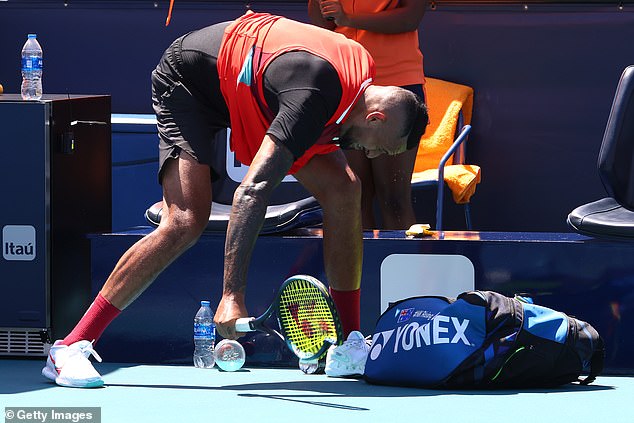 Nick Kyrgios was lucky to escape disqualification on Tuesday night after launching repeated tirades at the umpire during his Miami Open defeat.

The tempestuous Australian was given a game penalty – putting himself one violation away from a default – during a 7-6, 6-3 loss to Italian Jannik Sinner in the fourth round.

Kyrgios capped his performance by shouting at Brazilian umpire Carlos Bernardes that he was an ‘absolute clown’ after shaking hands with his opponent at the net.

Having begun the match by complaining about the court speed and the noise from a walkie talkie during a point, he was given a first warning. He then handed a point penalty at 3-5 in the tiebreak for unsportsmanlike conduct. At the change of ends he was given the game penalty for smashing his racket into his chair.

‘This is one of the biggest tournaments and you guys can’t do your job, it’s embarrassing,’ raged Kyrgios. ‘I genuinely want to know what’s wrong with you. The crowd hates you.’

The crowd had also upset him, leading him to declare: ‘Everyone’s just the worst.’

The ATP Tour must now decide whether to suspend him or give him another fine after the £18,000 he was docked two weeks ago at Indian Wells during his defeat to Rafael Nadal. The circuit is notoriously lenient when dealing with its marquee players.

Cam Norrie said that he was unhappy with his own attitude after being knocked out of the fourth round 6-3, 6-4 by world No 8 Casper Ruud.

The British No 1 wore strapping around a minor calf strain, and declared later that he had let it distract him more than necessary. Despite the defeat he was still left with a chance of making the world’s top 10 next week. 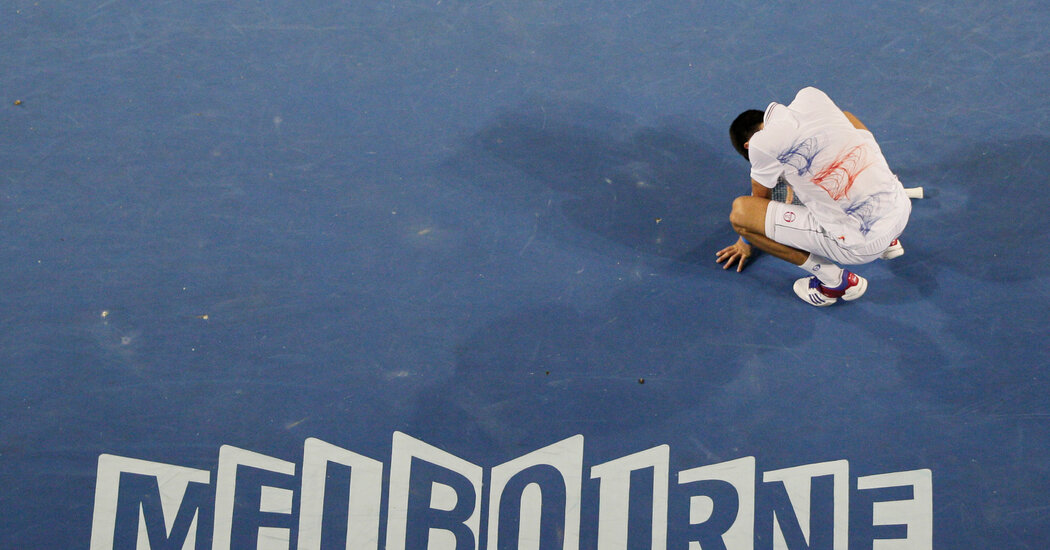 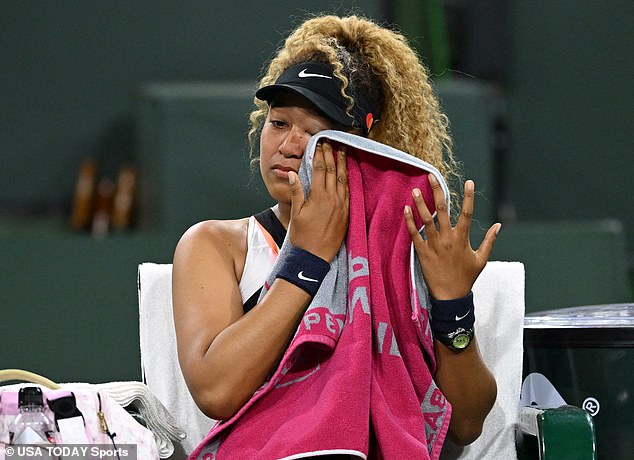 Naomi Osaka reveals she has ‘finally started talking to a therapist’