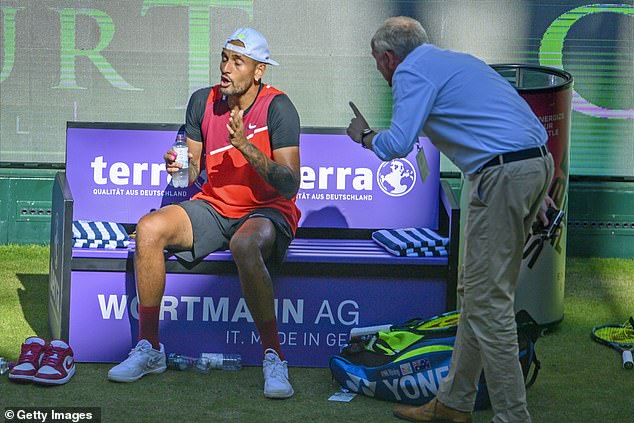 Nick Kyrgios was involved in a heated altercation with the umpire over a time violation before composing himself to down World No 6 Stefanos Tsitsipas 5-7 6-2 6-4 and advance to the quarter-finals of the ATP 500 Halle Open on Wednesday.

The volatile Australian was given a warning for taking too long to return Tsitsipas’s serve while leading 2-0 in the second set and then proceeded to summon the supervisor to express his displeasure.

‘He said I was playing too slow – statistically I’m one of the fastest,’ Kyrgios told reporters after reaching his second straight quarter-final following his last-four appearance in Stuttgart last week. 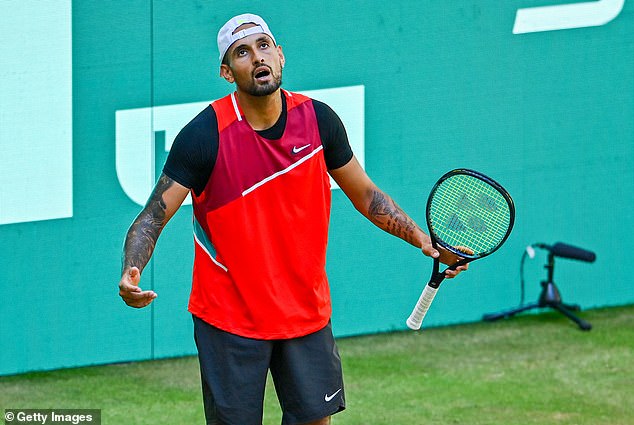 ‘I had to walk to the sidelines to get my towel, there is this thing called sweat in 30 Celsius heat that runs down onto your hands. I needed to wipe my hands and he gave me a warning.’

The World No 65 had earlier angrily smashed his racquet on the floor after losing the first set to the Greek, but managed to escape with a warning.

The 27-year-old said that the capacity crowd at the OWL Arena helped him his raise his game in Halle. 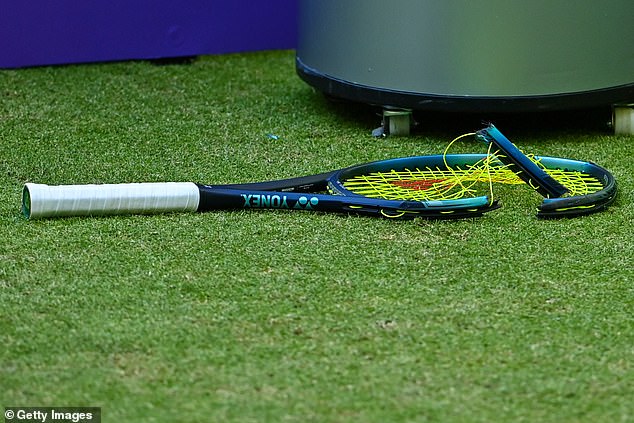 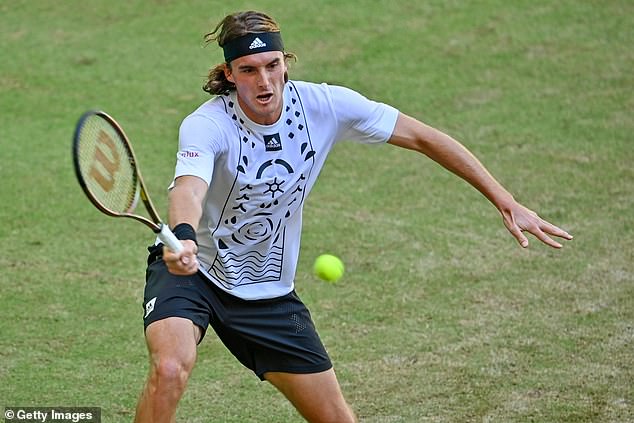 After losing the opening set, he bounced back to clinch a third career victory over Greek Tsitsipas and continue his impressive run heading into Wimbledon.

‘The support I get from crowds around the world is amazing. They want me to go out and put on a show,’ he said.

‘I’m happy to still be able to produce this level with the tournaments I play. It is a testament to how hard I do work when I’m not playing.’

Kyrgios, who is unseeded, takes on Spain’s Pablo Carreno Busta on Thursday.