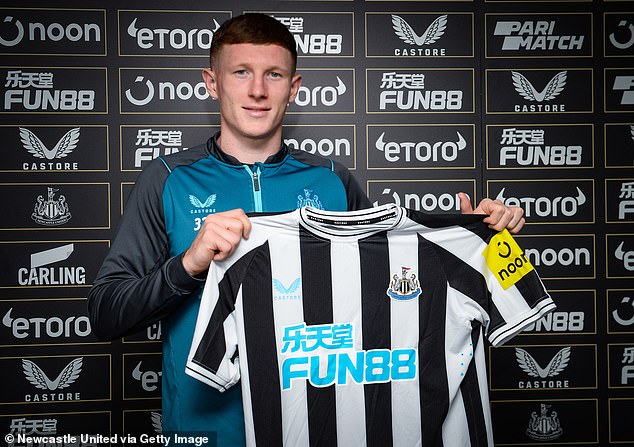 The 19-year-old has made three Premier League appearances this term after spending the second half of last season on loan at Bristol Rovers in League Two.

Born and raised in North Tyneside, he has been in Newcastle’s academy since the age of eight and made his first team debut in an FA Cup tie against Arsenal last year.

Anderson, who is eligible for both England and Scotland at international level, has been tipped for stardom and compared to some of the game’s greatest players.

Joey Barton, who coached Anderson at Bristol Rovers, mentioned him in the same breath as the late Diego Maradona after the attacking midfielder scored the winning goal against Colchester in March.

‘I’ve been listening to Bill Shankly tapes a lot today,’ Barton said. ‘He talked a lot about a 19-year-old Diego Maradona and how he slows down in the penalty area, exactly like Elliot Anderson does. (He is) such a talent.’ 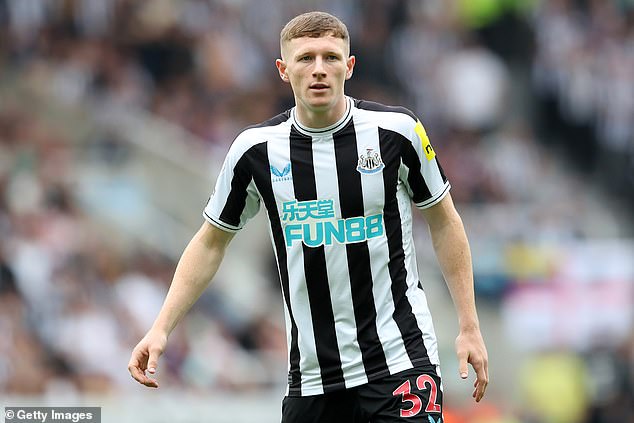 ‘They will spend millions on new players and a lot of academy lads will get lost in the system now – but not this boy,’ Carr said. ‘You can go out and sign as many young players as you want, you will be doing well to get any better than Elliot Anderson.

‘He is classy. He receives the ball like Peter Beardsley. He kills it and moves it all in one motion. That is a gift. He stood out like a sore thumb on Saturday, miles above anyone else. He looks out of place. I got in the car afterwards and started ringing people to talk about him. 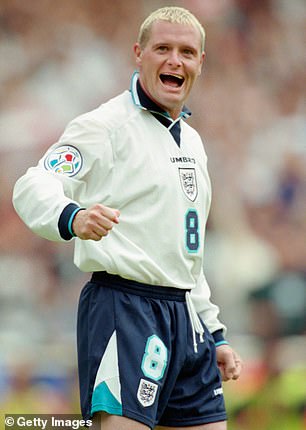 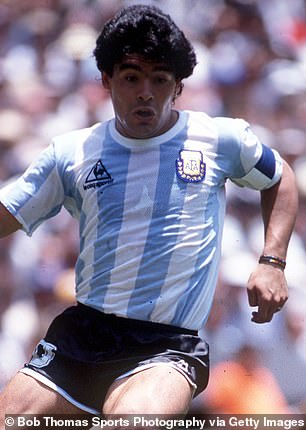 ‘He’s the best young player I have seen in a long time. Newcastle haven’t produced anyone like him, in terms of his technical gifts, probably all the way back to Gazza.’

Sportsmail revealed in March that England are preparing to make an approach for Anderson, who is currently registered with Scotland.

The teenager has represented Scotland – where his father is from – from Under-16 to Under-21 level, but has also appeared in a friendly for England Under-19s.

Upon signing his new contract at St. James’ Park, Anderson said: ‘I’m really happy. I love playing for Newcastle United, and committing my future to the club is something I’ve really wanted to do. 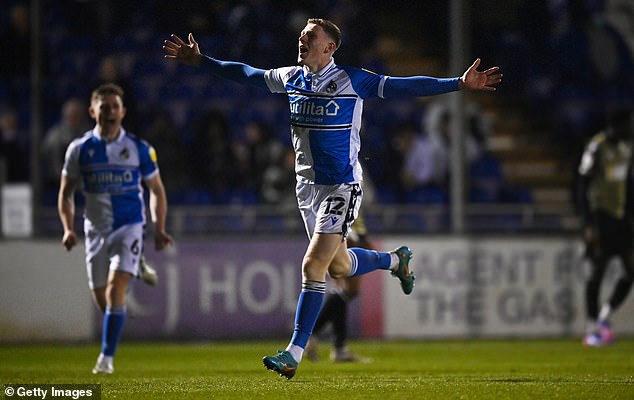 ‘It was my aim coming back into pre-season to work hard and earn the opportunity to stick around. I have really enjoyed being with the first team group, so hopefully I can keep improving and contribute to the team.’

Eddie Howe added: ‘We are all delighted with Elliot’s development. He is a natural talent, but he also has an excellent work ethic and always wants to learn.

‘I know our supporters will be especially pleased to see another local boy coming through from the Academy into the first team. Elliot has earned that chance, and he has set a great example to our young players.

‘He is just at the start of his journey at this level but he has a very exciting future ahead and we are delighted that his journey will continue here.’