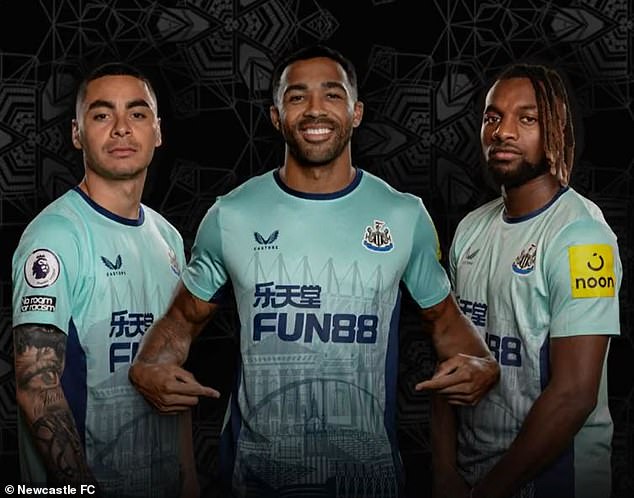 Newcastle will play in a one-off shirt when they travel to Brighton on Saturday for their second game of the Premier League season as a result of a kit clash.

The League has ruled that all three of Newcastle’s kits for the 2022-23 season, designed by Castore, will clash with Brighton’s blue-and-white striped home kit, and therefore the Magpies will have to wear their training top.

A photo of the jersey – which includes details of the Newcastle skyline – was released on the club’s website worn by star forwards Callum Wilson, Allan Saint-Maximin and Miguel Almiron.

The Premier League’s kit guidelines state: ‘When playing in league matches the players of each participating club shall wear a strip which is of a sufficient contrast that match officials, spectators and television viewers will be able to distinguish clearly between the two teams.’

And according to the FA, the only two players that are allowed to have similar kits are the opposition goalkeepers, likely due to the fact that they are almost never side-by-side during the average game.

And given that the game will be played at the Seagulls’ Amex Stadium, they will be turning out in their regular kit, which also prevents the visitors from wearing white shorts or socks. 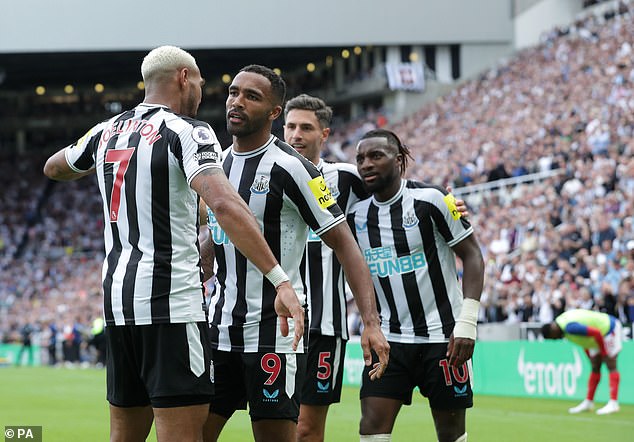 Ordinarily, Newcastle would then simply play in their away kit, or if that is still too similar to the home side’s shirt, their third kit would be used.

However the visitors’ second and third kits are navy blue and white respectively, and even their home kit – the famous black-and-white stripes that lend the cub their nickname – clashes with Brighton’s thereby creating the issue.

The training top, which is a pale sky-blue colour, has been judged to be different enough to satisfy the League’s stringent measures, and will include the club’s FUN.88 and noon.com sponsors, as well as Premier League branding. 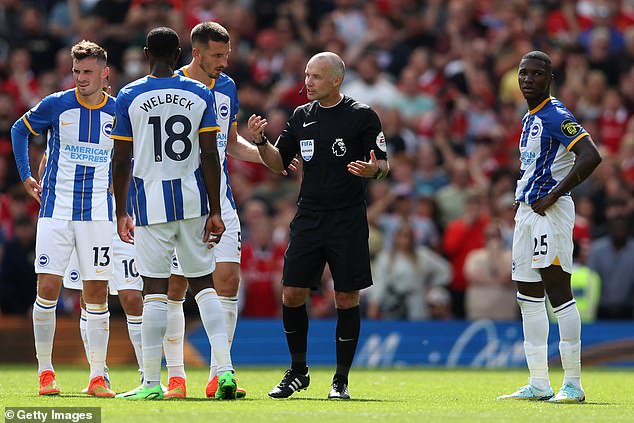 A first half double from Pascal Gross gave Graham Potter’s side victory in Ten Hag’s first competitive game as United boss, and visitors’ first ever win away at Manchester United in their history.

Eddie Howe and his team put on a comfortable show to see off Forest, with goals from Fabian Schar and Wilson giving them a 2-0 win as Howe’s brilliant record in charge of the Magpies continued. 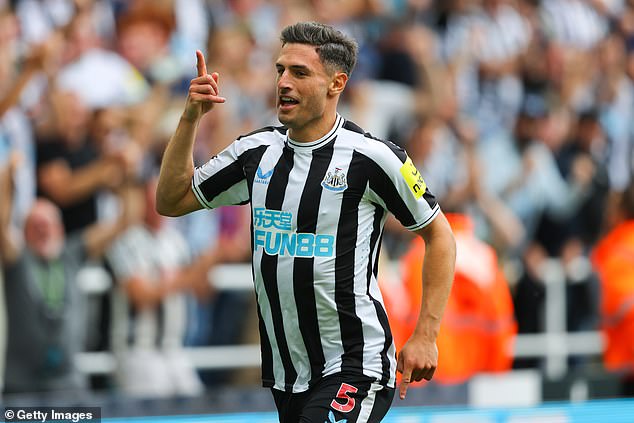 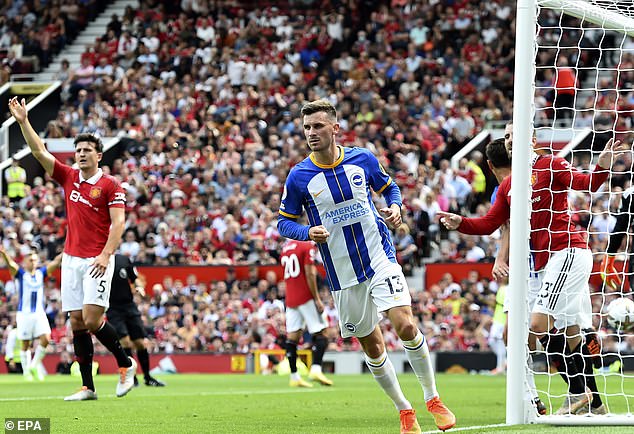