The psychology of the toss in Test cricket is a curious thing. On a delightful opening day at Trent Bridge New Zealand positively cantered to 318 for four by stumps but, while the run-rate was too high for England’s liking, the hosts could have kidded themselves this was only slightly above par had they been asked to field.

Instead Ben Stokes was the captain given the choice when the coin landed first thing, meaning that for all of his side’s upbeat perspiration and those four breakthroughs, their returns can only be viewed less favourably.

Their catching also resumed normal service after last week’s uptick, four chances going down and Joe Root’s drop off Daryl Mitchell, three runs into an unbeaten 81, the most costly. As tends to be the case when these sides meet on a cricket field, the entertainment levels were high and sliding doors moments plentiful.

The Nottingham crowd was treated to bright sunshine and some wonderfully crisp strokeplay from the tourists, not least during the unbroken fifth-wicket stand of 149 between Mitchell and Tom Blundell that rekindled their bromance from Lord’s and saw the latter cruise his way to 67 not out. And Stokes was not without his reasons. There was a tinge of green on the pitch and the New Zealand top order that failed twice in last week’s five-wicket defeat had lost Kane Williamson to a positive Covid-19 test overnight.

Tom Latham, deputising for the sixth time in seven Tests, said he, too, would have bowled first and had an all-seam attack that suggested no attempt at kidology. Until a ball is bowled, fingers are always crossed to some degree.

The surface, however, was also dry, hard and, despite some decent carry, on the slow side. New Zealand are such a phlegmatic bunch, too, that the loss of Williamson – a player grappling for form as it was – had little effect. The tourists took a wonderfully positive approach to their insertion and over the course of the three sessions sent 43 fours racing across a fast outfield, as well as clearing the rope twice.

With 26 from Latham the lowest score among New Zealand’s top six, needless to say this was not the day that Stokes had in mind. England’s captain was the bowler to make things happen along the way, claiming figures of two for 40, while Jimmy Anderson picked up a couple himself and was, predictably, the most parsimonious on show.

Stuart Broad tried to orchestrate some energy from his home supporters and, though expensive, was unfortunate not to claim a wicket during a devilish five-over burst after lunch when Zak Crawley put down Henry Nicholls on 17. Matt Potts was used curiously at times – he is not an enforcer, we learned – while Jack Leach, back from concussion, enjoyed some early turn but saw a tough chance off Blundell put down by Root.

There were no early signs that a cascade of wickets would be possible and by the 20th over Stokes had played all five cards in his hand. Root’s trousers already featured a heavy smear of crimson from his attempts to get some swing but it was not forthcoming, Latham and Will Young instead setting the tone with a sprightly 84-run opening stand.

Young was the chief instigator, creaming nine fours and two in succession off Stokes to get within one blow of his first half-century in six innings. Instead the aggression instantly made way for a tentative defensive shot and Crawley clung on at second slip. With Anderson then returning to the Pavilion end and getting Latham caught at midwicket via a long-hop the very next ball, England finally had cause for celebration.

One of the more amusing subplots of the morning had been England’s attempts to get the ball changed. Weirdly, this died down after New Zealand resumed on 108 for two in the afternoon and suddenly the original started to move. After a ding-dong battle between Broad and Nicholls it was Stokes who profited from the ball’s new lease of life, New Zealand’s No 4 edging a beautiful outswinger behind on 30 and trudging off.

At the other end Devon Conway was playing a princely little innings, the newly promoted No 3 unfurling a succession of crisp cover drives. But four runs away from his half-century he played for swing from Anderson, only for the ball to hold its line and flick the inside edge. Ben Foakes, on a personally excellent day, made no mistake.

The scoreboard read 169 for four but should have been 170 for five moments later. Mitchell, new to the crease, was put down by Root at second slip on three to deny Stokes his third. It was a simple low pouch and one that would be heavily punished, Mitchell rolling over his form from that memorable century at Lord’s.

Reaching 195 for four at tea, Mitchell and Blundell then plundered 123 runs in a final session that saw three overs disappear into the ether at the close. The former also killed off any swing when he launched Leach for a mighty six down the ground and the ball gloriously plopped into the pint glass of an unsuspecting punter.

Leach did force a couple of unsuccessful reviews as England waited patiently for the second new ball. But when it came a fourth opportunity went to ground, Broad teasing an edge from Blundell on 63 only to see it fly at catchable height between Crawley at second slip and Jonny Bairstow at third.

According to Andy Zaltzman on Test Match Special, this was the 30th time since 1993 that England had inserted a team at home but only the second that their visitors had passed the 300-mark just four wickets down. New Zealand, 1-0 down in the series and without Williamson here, had unquestionably won the day. 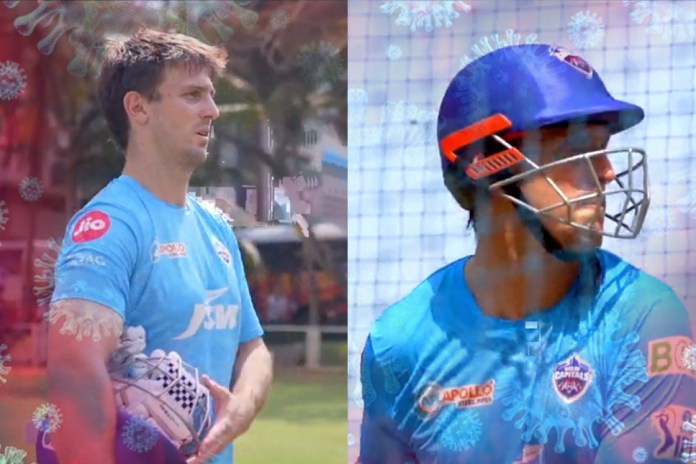