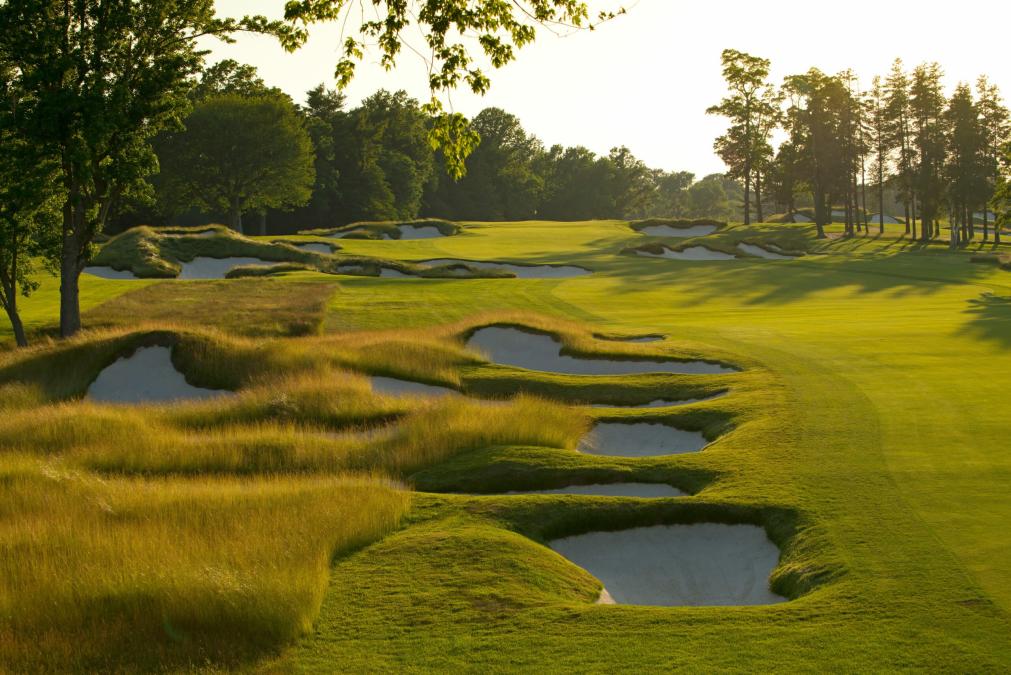 TINTON FALLS, N.J. — The Monmouth Regional High School golf team is back on the fairway with a little help from the Hollywood Golf Club.

After the school was not invited back to Suneagles Golf Course, which put its season in jeopardy, Hollywood Golf Club in Ocean Township, New Jersey, reached out and made its course available to the team.

Athletic Director Tony DeOrio confirmed the school will be using Hollywood for the season. DeOrio said they’re “very appreciative,” of their invite.

Hollywood Golf Club is 120 years old and has hosted national tournaments since 1906 including the U.S. Women’s Senior Amateur Championship and the Metropolitan Open, the third oldest Open championship in the country.

Currently the club allows the Monmouth University Women’s team and the Ocean Township High School’s golf team to use the course. With a little juggling, the club has made room for the Falcons this spring.

“No other sport gives back to youth opportunities and charities like golf. As stewards of the game, the growth of our sport and helping young men and women gain an appreciation for all that golf offers for a lifetime is an obligation we take seriously,” said Rob Wolf, the club’s Green Committee Chairman.

“From our club president, Steven Schultz, to our board of trustees and professional staff, there was not a question that we would even pause or hesitate to provide a home for the Monmouth Regional Falcons golf team this season.”

The club is not charging the school golf fees for use of the course.

The Falcons’ golf team has 12 varsity members, and its first home match of the season was scheduled for April 7. The season concludes in early May.

Head coach Andrew Wardell had contacted the Asbury Park Press last week after he said they were given notice from Suneagles that they would not have a home course for practice and matches.

Suneagles, which is located on the former Fort Monmouth grounds in Eatontown, is apparently moving away from hosting high school golf teams, its management said.

Wardell said Monmouth Regional had used that course since the 1970s when it belonged to the U.S. Army. The course, designed by renowned architect A.W. Tillinghast, dates back to 1926. The fort was decommissioned in 2011 and its properties are being sold off to private owners.

Suneagles was purchased in 2017 by Sal Martelli and his business partners.

Is there a public high school in the U.S. that can rival this Omaha team’s indoor practice facility?

First Tee takes ownership of golf course in Reno, Nevada, where a new high school will also be built