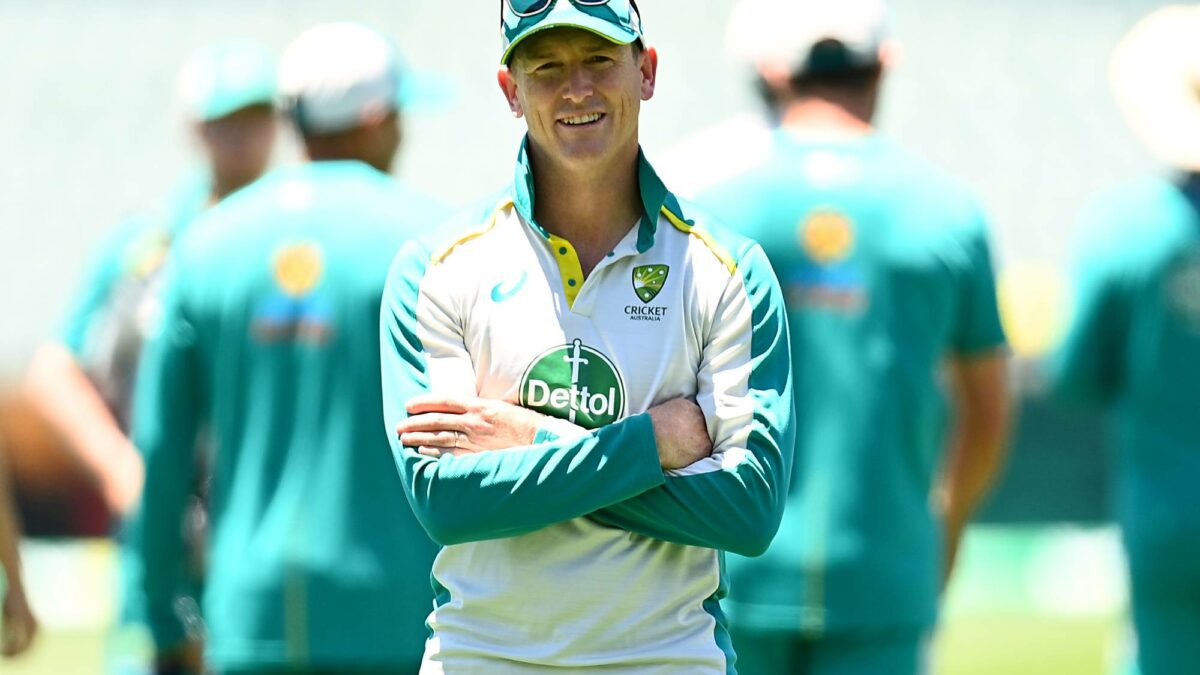 Being a selector for the Australian men’s team is not a thankless task, there are often plaudits thrown their way when they get it right.

But it’s definitely one that draws more criticism than any other non-coaching role in Australian sport.

There was a changing of the guard last August when George Bailey took over from grizzled veteran Trevor Hohns as chief selector.

Hohns, who had two stints in the role, was not popular among cricket supporters for decisions such as dropping Steve and Mark Waugh from the one-day side in 2002.

But the selector is not there to be popular, their role is to make the best decision for the team for the timebeing and the future. That decision to punt the Waughs, in hindsight, turned out to be spot on – they were well past their prime and a year out from a World Cup, it allowed a decent runway for the new skipper Ricky Ponting to mount a successful title defence. 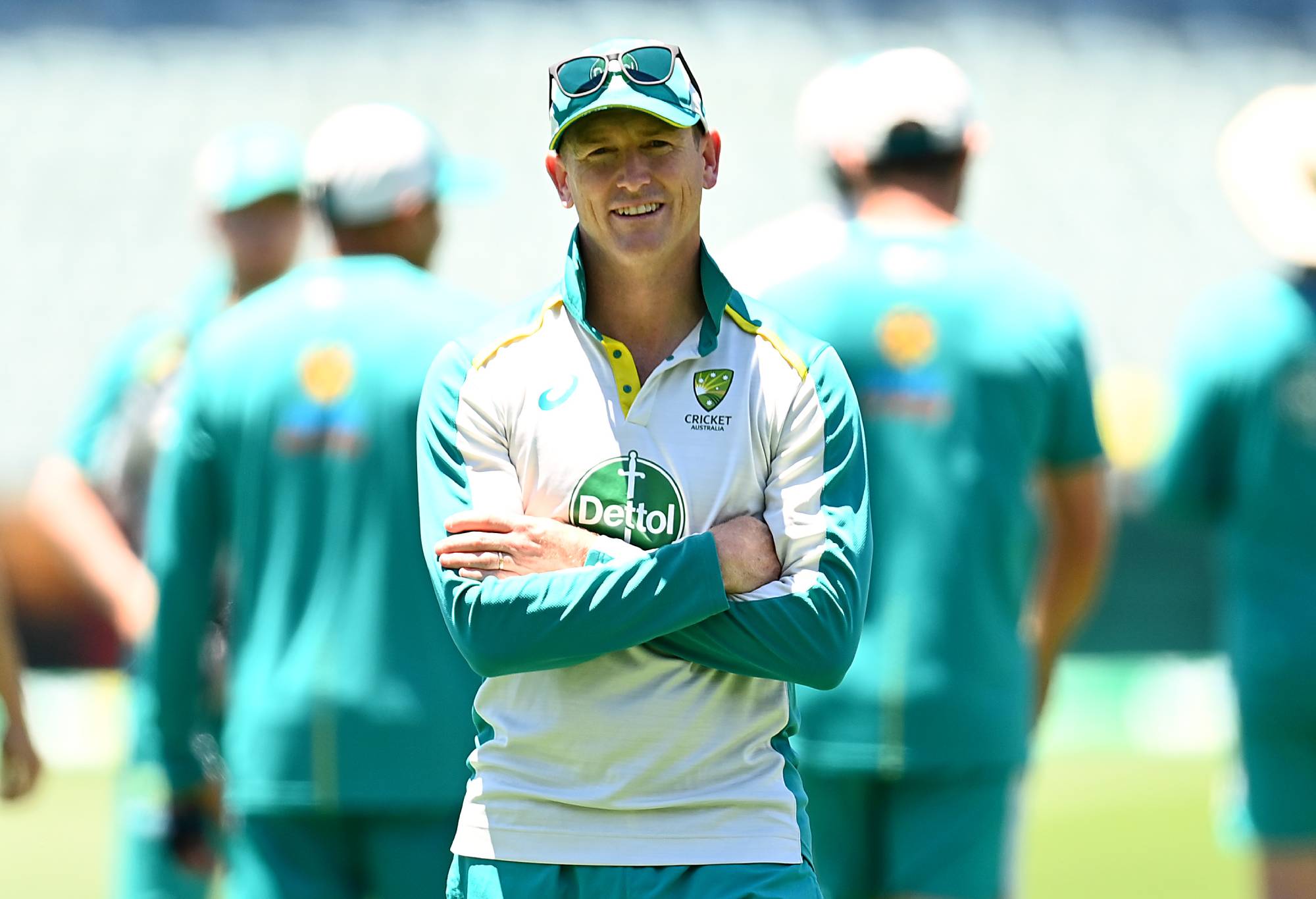 Bailey, after serving for a couple of years on the panel, took over as selection chair last July and has been joined by a couple of former Australian all-rounders who also had relatively brief international careers in Tony Dodemaide and coach Andrew McDonald.

He’s an affable character who delivers a smooth message when placed in front of the media but has Bailey’s time as selection chief been as innovative and successful as you may have been led to believe?

At the T20 World Cup in the UAE before the Ashes, he and coach Justin Langer put their faith in the pace spearheads of Pat Cummins, Mitch Starc and Josh Hazlewood returning to the shortened format to deliver success rather than play short-form specialists or a second frontline spinner.

That ploy worked as Australia stormed all the way to a surprise first trophy although Aaron Finch winning six of seven tosses when it was a massive advantage to bat second was not insignificant.

The Scott Boland pick midway through last year’s Ashes series was inspired – he was leapfrogged ahead of Michael Neser and Jhye Richardson because of his knowledge of the MCG and his stunning success over the final three Tests helped Australia maintain their dominance over a woeful England line-up.

But for the most part under Bailey, the selections have been ultra conservative.

They stuck with Marcus Harris for a Test or two too many during the Ashes when he was struggling and an in-form Usman Khawaja was unable to get a look-in. 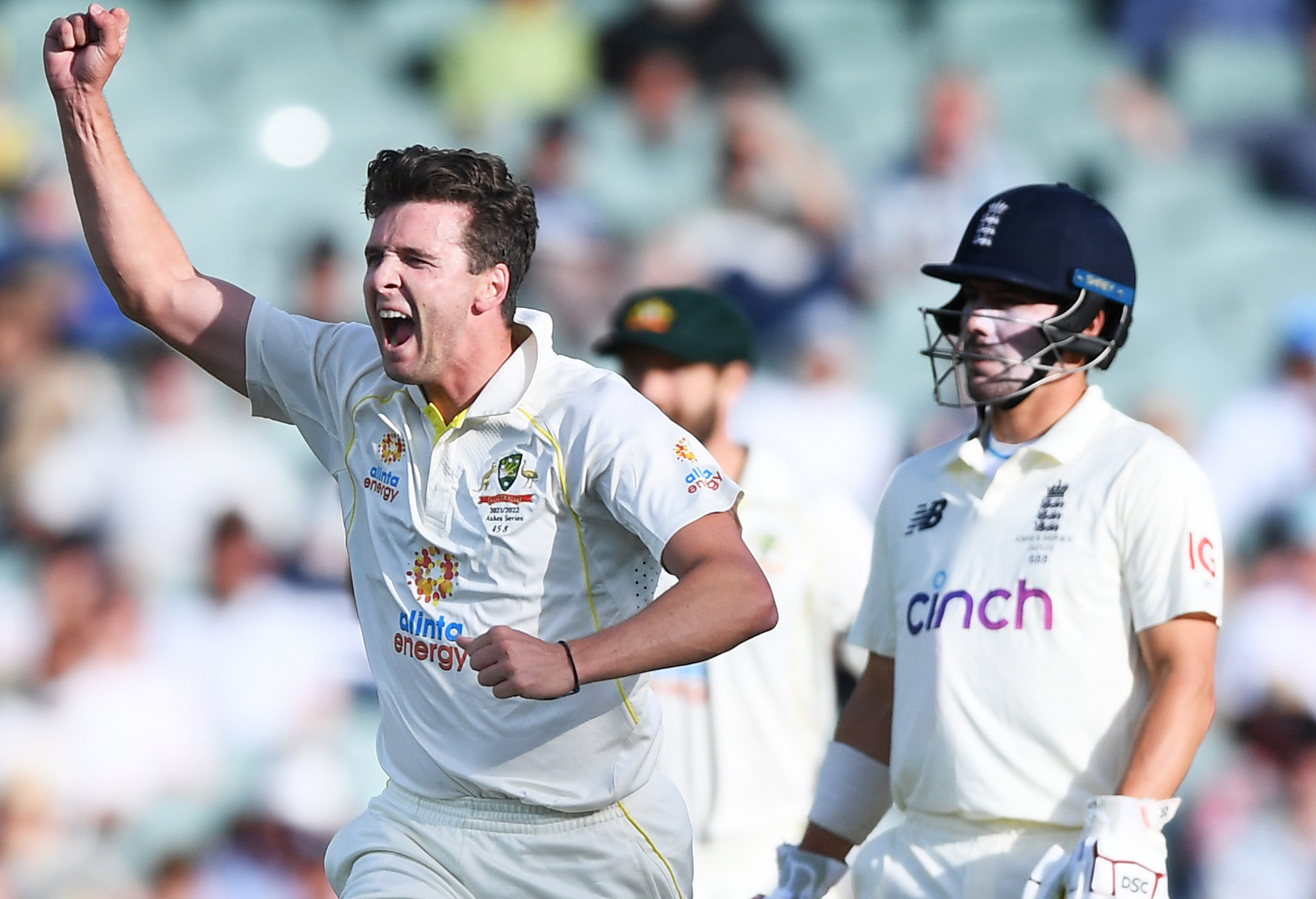 Mitchell Starc was bowled into the ground for five straight Tests even though he has a history of fading significantly later in series and there was a chance to give Neser or Richardson another shot at the inept English batting line-up or introduce Mitchell Swepson to the international red-ball arena.

Richardson bagged a five-wicket haul in Adelaide but after recovering from a shin problem, was not given another crack at England. He’s back bowling express pace in the Sheffield Shield for Western Australia and the 26-year-old needs to be fast-tracked back into the Test squad sooner rather than later with Starc, Boland, Hazlewood and Cummins all 29 years or older.

In Pakistan the conservative approach at the selection table came to pass again when Starc and Hazlewood paired with Cummins as a three-pronged pace attack in the first Test when spin was clearly the better option. They at least didn’t make the same mistake again in the next two matches in Pakistan and the subsequent tour of Sri Lanka.

But even then, Mitchell Swepson, after an encouraging start to Test cricket in Pakistan, was going to be left out of the side in Sri Lanka with Victorian veteran Jon Holland recycled as the second spinner until he was ruled out due to injury.

In the limited-overs formats, Bailey and co are still erring on the side of caution with younger options like Nathan Ellis, Josh Inglis, Tanveer Sangha, Josh Philippe, Ben McDermott and Cameron Green struggling to get much of a run in the green and gold. 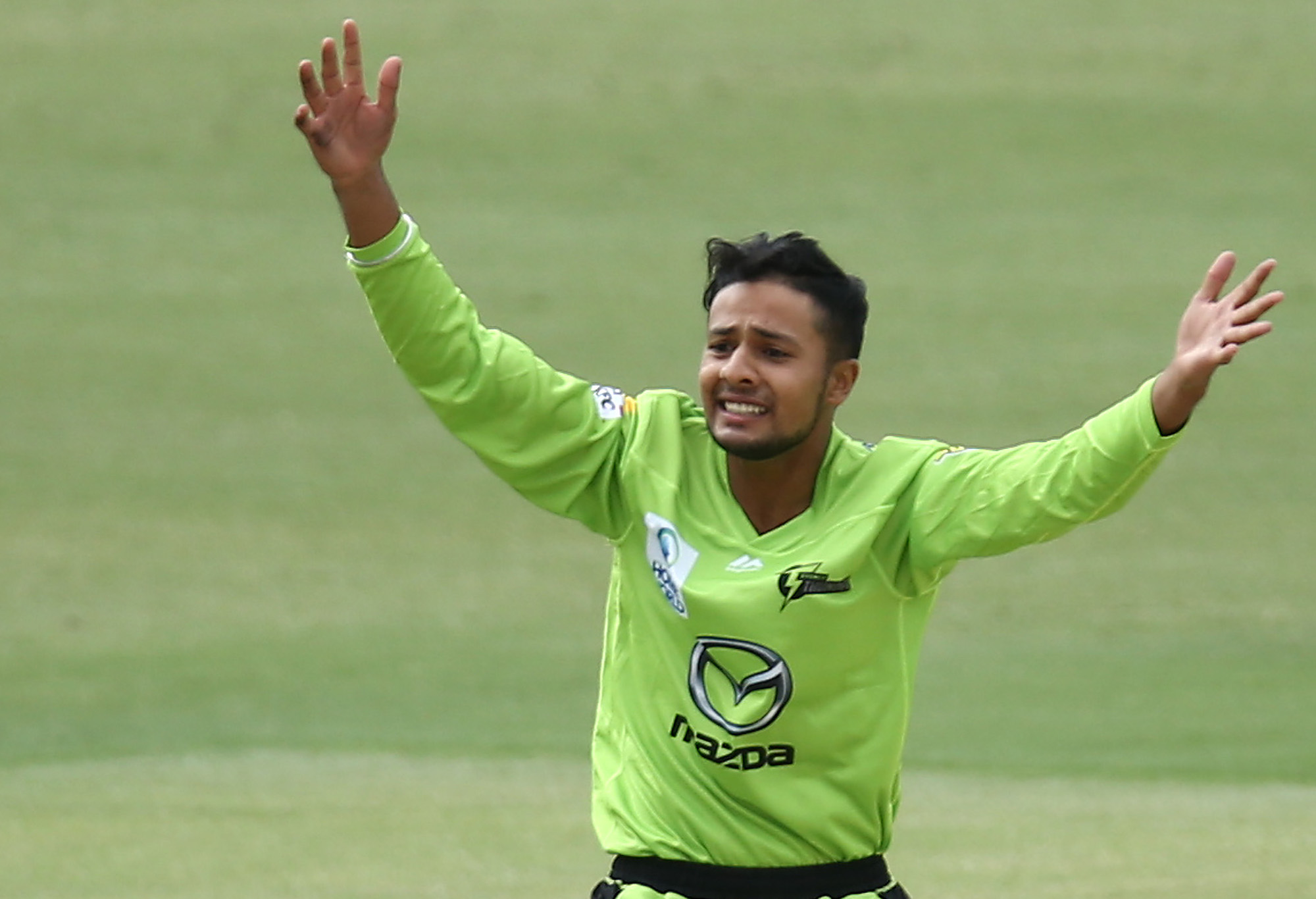 Green is now a last-minute addition to the T20 World Cup squad after Inglis suffered a freak injury playing golf on Wednesday when a six iron snapped and the back-up keeper’s cut his hand. On a side note, that’s two players ruled out of this tournament due to injuries on the golf course after English star Jonny Bairstow broke his leg after slipping on a tee. Clearly it’s a much more dangerous pastime than it looks.

Even with Green, 23, replacing his 27-year-old fellow West Australian, the squad still has an average age of more than 31.

Green and Tim David are the only squad members under 29.

David is another case in point where he’s finally been given a chance in the national team recently, probably a year overdue. His efforts on the T20 global circuit caught the eye of EPL talent scouts who handed him a seven-figure contract before Australia’s selectors made a belated move.

With a 50-over World Cup next year and yet another T20 version the following year, the selectors need to start investing more in youth.

Finch is yet to publicly state whether he will retire from T20 internationals after calling quits in the ODI arena last month. They may have a plan that only they know about behind the scenes, but if Finch gives the selectors any inkling that he’s intending to play on after this tournament, they need to tell him it would be advisable to retire rather than be dropped.

Former Australian opener Ed Cowan on the ABC Grandstand Cricket Podcast this week that Finch should have already been shown the door by the selectors.

“Unfortunately I think they’re carrying their captain who has been an unbelievable white-ball player. I’ve loved Aaron Finch throughout his career but he’s well past his best and I don’t think he’s best placed to be leading this team. 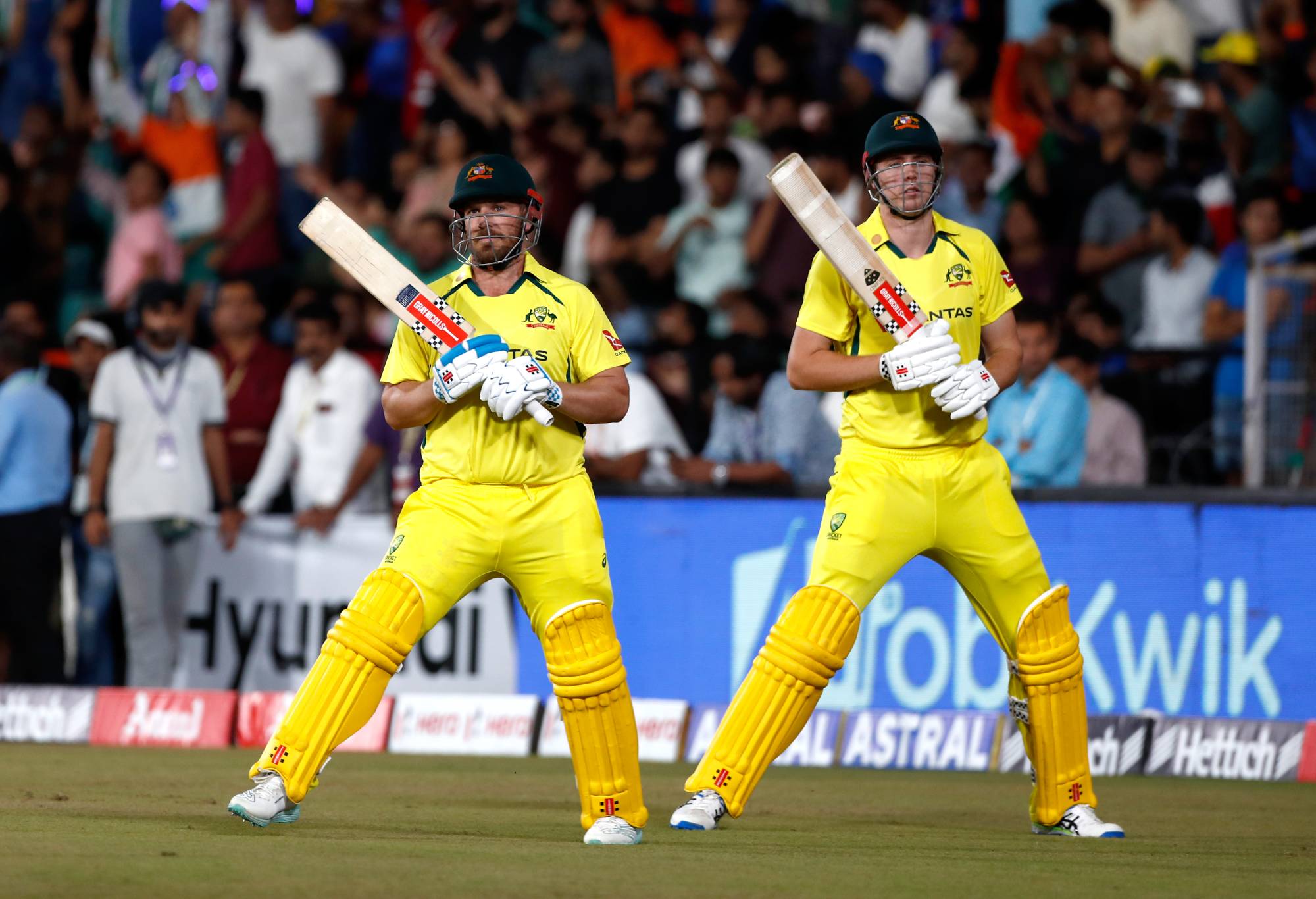 “Leading a T20 team requires you to be leading your skill set and we’ve seen over a long period of time that he hasn’t done that. That then leaves pressure on the middle order.”

Green’s late arrival for the T20 Cup adds further pressure to Finch. Although he fell cheaply three times against the West Indies and England recently on home soil, Green’s stunning success as an opener in the recent three-match Indian stopover means Australia now have another genuine option in the squad to pair with Warner at the top of the order.

He will at the least have tonight’s opening match against New Zealand in Sydney, Tuesday’s clash with Sri Lanka in Perth and next Friday’s MCG blockbuster against England to prove he is still the man to not only lead the team onto the field but lead the innings.

Will the Australian selectors be bold enough to make a move if Finch’s struggles continue? Recent history suggests they won’t.