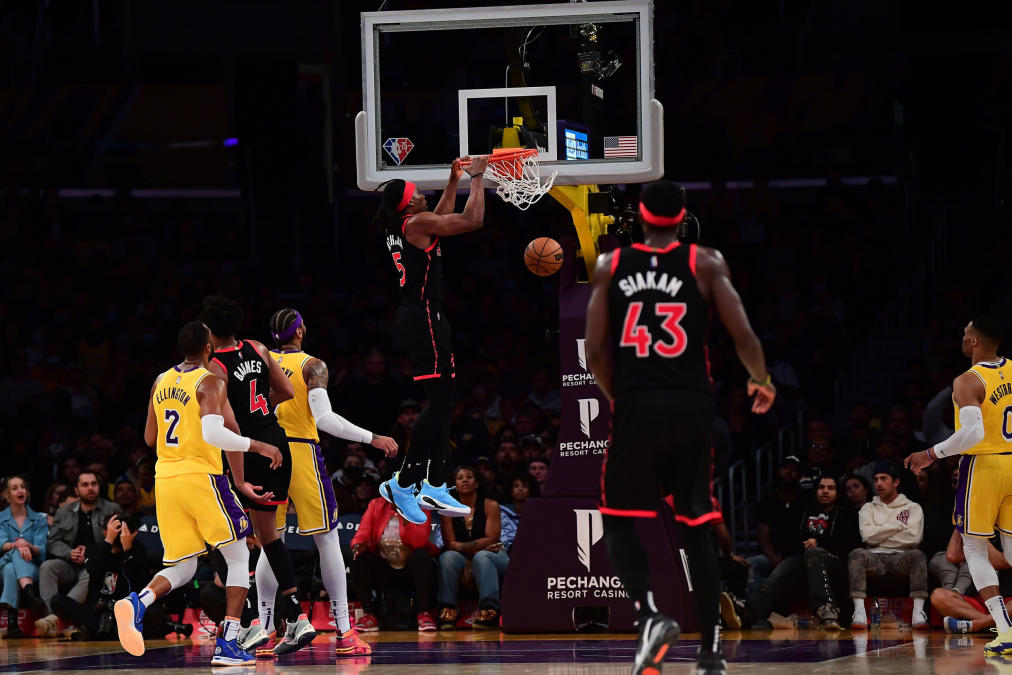 Just when you thought the Los Angeles Lakers’ season couldn’t possibly get any worse after their 140-111 Sunday rout at the hands of the Phoenix Suns – it did get worse.

On Monday, the Purple and Gold gave up the first nine points of their contest against the Toronto Raptors. From there, it was complete garbage time, as Toronto led by 21 at the end of the first quarter.

Other than a brief, desperate run by L.A. late in the fourth quarter, this game was never the least bit competitive. Toronto seemed to be in God mode, while the Lakers seemed to be in “God, why is this happening” mode.

Almost nothing went right for them, and the 114-103 final score wasn’t indicative of how humiliating the game really was.

Across Twitter, the NBA community, including Lakers fans, showed plenty of disgust once again.