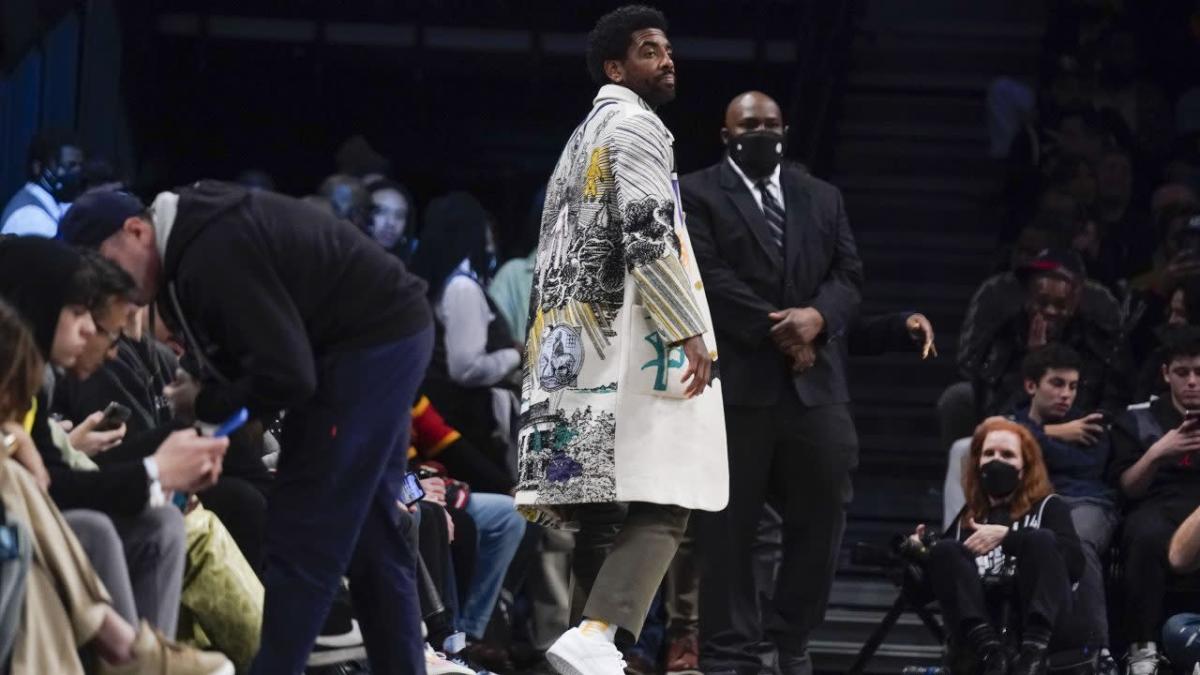 The NBA on Monday fined the Brooklyn Nets $50,000 for allowing guard Kyrie Irving, who is unvaccinated against COVID-19, into the team’s locker room at the Barclays Center during Sunday’s game against the New York Knicks. The Nets, the NBA concluded, violated New York City’s private sector mandate.

Irving, and other unvaccinated persons, can attend games at both Madison Square Garden and the Barclays Center. Those ticket holders sit next to other fans, irrespective of their vaccination status. They can cheer, yell, give high-fives and walk around the arena. They can also watch potentially unvaccinated players from 28 NBA teams—all but the Knicks and Nets—play in MSG or Barclays.

Irving, meanwhile, can practice at Nets’ HSS Training Center, which is defined as a private office building for purposes of COVID-19 policies. But as a worker of an NYC-based employer, Irving is subject to a legal requirement imposed on NYC employers that they “exclude from the workplace any worker who has not provided” proof of vaccination. This policy is intended to “help stop the spread of COVID-19,” despite the fact that numerous unvaccinated people might be visiting those same workplaces.

To that point, when Irving attends games and other events at Barclays Center as a spectator, he is outside the scope of his employment. The Nets have no obligation to exclude him or any other unvaccinated fan. However, when Irving enters the Nets locker room or possibly when he discusses team-related activities with teammates and coaches on the court, Irving transforms from spectator to worker.

The NBA’s uniform player contract requires that players be able to lawfully report to work, which Irving cannot do under New York City law. Not surprisingly, NBA teams are obligated under league rules to follow the law—even those laws they might find unfair or incongruous.

Interestingly, New York law permits unvaccinated workers to enter their workplace provided they do so for a “quick and limited purpose.” The city lists “using a bathroom, making a delivery, or clocking in and receiving an assignment before leaving to begin a solitary assignment” as examples of permissible visits. Those illustrations reflect jobs that are dissimilar from those held by NBA players. Irving visiting his employer’s locker room for several minutes apparently didn’t qualify as worthy of the exception.

New York City Mayor Eric Adams has thus far refused to rescind some of the COVID-19 policies that his predecessor, Bill de Blasio, instituted. Adams was heckled over the weekend about Irving. He responded by saying that Irving “could play tomorrow” if he “gets vaccinated.”

On Sunday, Durant called the current legal framework “ridiculous” and “stupid,” though in a statement on Monday, clarified that he “appreciate[s] the task” faced by Adams. NBA commissioner Adam Silver has also been critical. Last month he commented, “It just doesn’t quite make sense to me that an away player who’s unvaccinated can play in Barclays but the home player can’t.”

The Nets are currently in eighth place in the Eastern Conference. Unless New York City law changes, Irving will remain unavailable for home games. The NBA playoffs will begin on April 16. According to NYC data, the percentage of people testing positive for COVID-19 is in decline, down to 1.3% of those were tested over the last week.