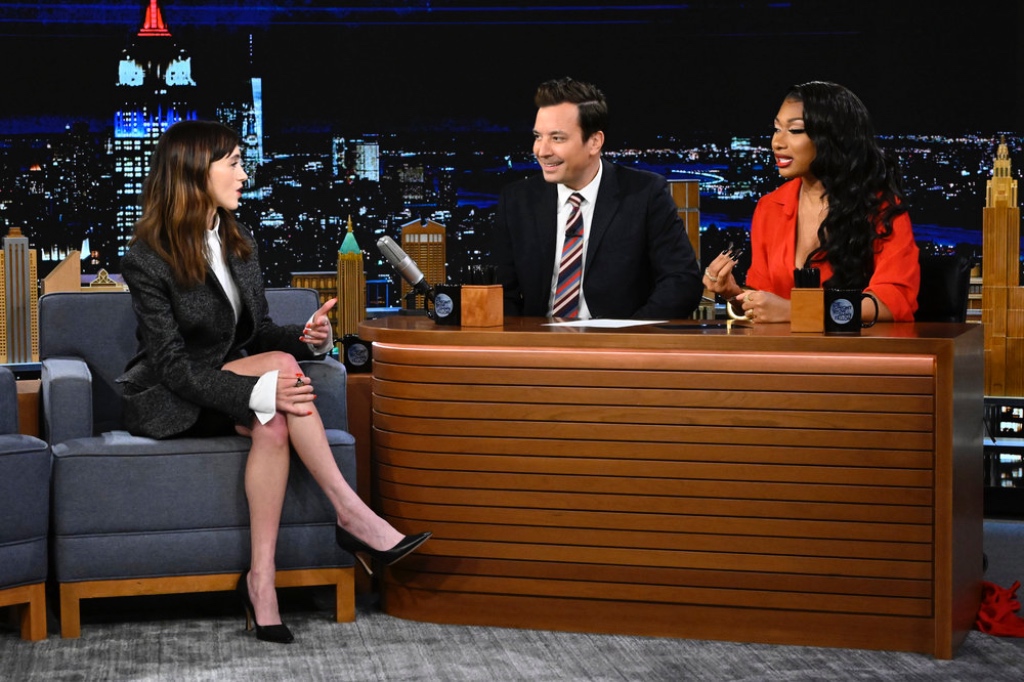 The “Stranger Things” actress served as a guest on “The Tonight Show Starring Jimmy Fallon” on Thursday night. She joined Fallon as well as his gust co-host, Megan Thee Stallion. While on the show, Dyer wore a dark gray, oversized blazer with a matching skirt. She wore a white long sleeve blouse under her blazer. She also added a pair of black biker shorts that peeked out from under her skirt, giving the formal look a touch of athletic edge. She finished off the look with a few dainty pieces of jewelry including earrings and rings.

Dyer added classic black pumps to her look. Her pair featured a pointed toe design as well as a thin stiletto heel that reached at least 4 inches. Pointed-toe shoes came back into prominence in 2021 when live events started happening again. The timeless style of shoe often streamlines any ensemble from its sleek silhouettes and daring heels. In addition to Dyer, celebrities such as Saweetie, Sarah Jessica Parker and Heidi Klum have also worn the style.

While on the show, Dyer talked with Fallon and Megan about her first acting role in “Hannah Montana: The Movie” as well as her role on “Stranger Things.” Megan and Fallon pressed Dyer on her character, Nancy, and Nancy’s feelings towards both Jonathan and Steve.

“I think the way that Jonathan and Nancy happened, she doesn’t always make the most morally right decisions all the time,” Dyer said. “But that’s human, you know.”

Click here to see Dyer and her costars on the red carpet at the “Stranger Things” season four premiere.