T20 World Cup: Namibia end 18-years wait: Namibia are making a comeback to a World Cup after 18 long years. They last played in the 2003 World Cup and have been out since then. But they are back and that too with a bang. They have wins to flaunt in their bag. Namibia won the 2019 ICC World Cricket League Division Two and then lifted the ICC World Twenty20 Africa Region Qualifier Final trophy in May.

T20 World Cup: Namibia are back after 18 long years but can they leave an impact? Check squad and fixtures

“Obviously the T20 World Cup is a massive event for Cricket Namibia. It is the first major event we have qualified for in 18 years so it will be of big value to us,” Erasmus had said following the fixture reveal.

Also Read: T20 World Cup: It is a dream come true for hosts Oman but Can they make it count? Check Squad and Fixtures

Gerhard Erasmus and his men have one more positive to look at and that is they have not lost a single game after attaining T20Is status. To add to the positives, Namibia has lost just one game out of the 12 they have played this year. Thus, they become favorites to make it to the 2022 World Cup as well.

See also  Hardik Pandya out of SA tour, to take time off

T20 World Cup: Namibia are back after 18 long years but can they leave an impact? Check squad and fixtures 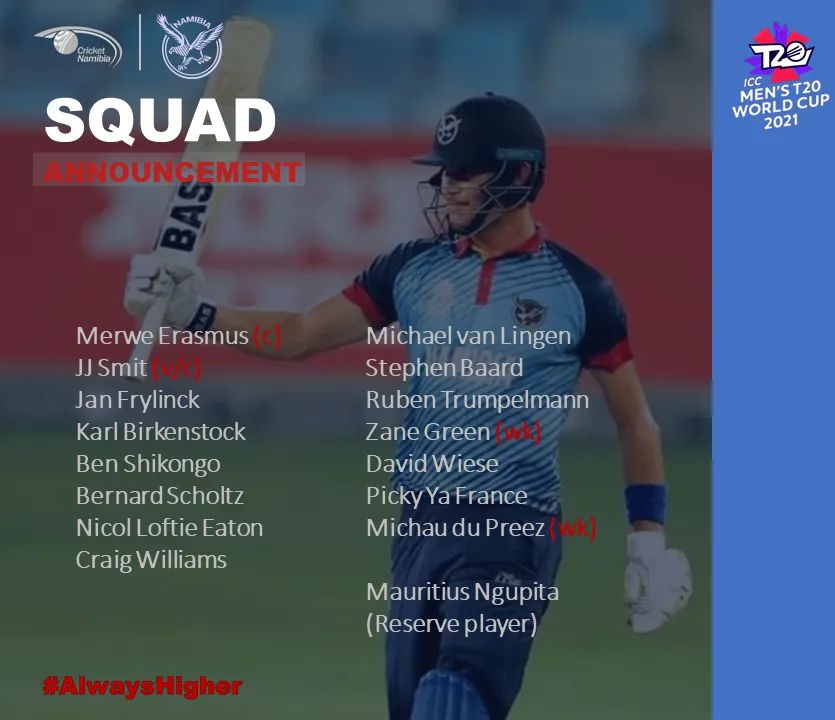