Good morning. Scientists are warning that global heating could mean storms like the ones that have flooded parts of Australia over recent days could become much more regular occurrences. The UK prime minister, Boris Johnson’s future is in doubt. And after his Monday Wimbledon success, Nick Kyrgios is being called before court.

The UK government is in turmoil after two cabinet ministers sensationally resigned citing a loss of confidence in Johnson, putting the prime minister’s future in doubt. In their resignation letters, Rishi Sunak and Sajid Javid pointed to a lack of grip in Downing Street, with Sunak saying the public expected government to be conducted “properly, competently and seriously”. Johnson apologised on Tuesday evening for appointing Chris Pincher as deputy chief whip, despite belatedly admitting having known that Pincher was found to have behaved inappropriately in 2019.

Record rainfall that has been hammering the New South Wales coastline all week is set to ease from Thursday, but scientists have predicted such intense weather events will become increasingly common as a result of global heating. Thursday’s reprieve will be short-lived with more rain expected, adding to one of the wettest winters in memory across many parts of eastern Australia.

Australian tennis player Nick Kyrgios is due to face court after being summonsed to face a charge of assaulting a former girlfriend. The 27-year-old, who reached the quarter-finals of Wimbledon on Monday, will appear in court in Canberra next month. The summons reportedly relates to an allegation that Kyrgios grabbed a former partner last December, according to the Canberra Times. The maximum sentence for the charge is two years.

Anthony Albanese has shot back at the Coalition’s criticisms of his stacked international travel schedule, challenging them to say which of his trips to the Quad and Nato summits, Indonesia, France and Ukraine he should have skipped.

Many homeowners may be forced to tighten their belts after the Reserve Bank of Australia lifted the cash rate by half a percentage point, sending an estimated 200,000 households into mortgage stress. On Tuesday, the RBA raised the official cash rate 50 basis points to 1.35% – the highest since May 2019.

Former attorney general Christian Porter is acting for underworld figure Mick Gatto, in a bid for a high court appeal in his defamation case against the ABC. Gatto sued the public broadcaster and reporters over an article he says falsely accused him of threatening to kill the gangland lawyer and police informant, Nicola Gobbo.

The catastrophic weather in NSW is likely to come back to bite at the supermarket checkout, with peak farming bodies warning the floods will put further strain on supply chains. The NSW Farmers president, James Jackson, said he would be “most surprised” if inflationary pressures did not result from the floods.

US police have said the alleged shooter in Monday’s Highland Park attack used “women’s clothing” as a disguise. The toll from the Fourth of July shooting has now risen to seven, with 30 people wounded in the Chicago suburb.

The European stock markets tumbled on Tuesday amid growing recession worries. The euro slumped to a two-decade low and the pound fell to its lowest since the start of the pandemic, as a jump in natural gas prices intensified the strain on the European economy.

The mayor of the Ukrainian city of Sloviansk has called on its remaining residents to evacuate, as Russia steps up its shelling of the frontline population centre after the capture of Lysychansk on Sunday.

In this week’s Three Things, Noongar author Claire G Coleman tells us about her treasured painting from late artist Arone Meeks, and her favourite – though misnamed – kitchen utensil while waxing lyrical about roast chicken. She also discusses the pain of losing her favourite CD: “one of the most stupid mistakes I can ever remember making. I received a call from my manager saying they were upgrading the computers in the office. It didn’t occur to me, perhaps because I was tired, to ask someone to pull my favourite album of the time out of the machine.”

Discovering your child has a food allergy can be a shock, but Lucille Wong is here to help guide you through how to handle it, having already experienced a terrifying ordeal involving her nine-month-old son and some peanut butter. “I decided to arm myself with knowledge so I could better protect my son,” she writes.

Michelle Law’s new play Top Coat, which sees a white media professional swap bodies with her Asian nail technician, has both joyful moments and didactic dialogue, writes Michael Sun, yet falls short of a five or even a four-star review. “The problem is that to non-white viewers (or at least to this one), its lessons are so obvious as to verge on trite.”

Five months before a state election, Daniel Andrews’ Labor government has faced an exodus of some of its most senior cabinet ministers – taking with them a combined 71 years of political experience. To add to the turmoil, the premier is facing tough questions after multiple secret interviews with the state’s integrity commission. In today’s Full Story, Gabrielle Jackson speaks to Victorian state correspondent Benita Kolovos about how the loss of four senior cabinet ministers will affect the chances of Labor in the state election later this year.

Full Story is Guardian Australia’s daily news podcast. Subscribe for free on Apple Podcasts, Spotify or any other podcasting app.

Australian Olympic gold medallist Bronte Campbell has called on Fina to consult the “unbelievably marginalised” transgender community in developing the open category proposed by its new gender inclusion policy. Fina last month became the first major sporting body to formally restrict the participation of trans women in elite female competitions. Trans women who have completed any part of male puberty are now prohibited from competing at Fina-sanctioned events, including the swimming World Championships and swimming, diving and water polo events at the Olympic Games.

The Reserve Bank is tipped to impose a third double rate rise in August, according to the Financial Review. And the Daily Telegraph reports that Australia may be one of the first nations to access an Omicron booster vaccine, with a new Moderna jab under review by the Therapeutic Goods Administration.

The New Zealand prime minister, Jacinda Ardern, is in Australia on a trade mission aimed at boosting her country’s trade and tourism after the pandemic.

Market analysts are warning of more turmoil in the Queensland electricity market.

And if you’ve read this far …

Watch this incredible video of two whales that became entangled in shark nets in Queensland being freed after being stuck for several hours.

If you would like to receive the Guardian Australia morning mail to your email inbox every weekday, sign up here.

If you have any questions or comments about any of our newsletters please email newsletters@theguardian.com.

Every Saturday at 6am, enjoy early access to the best journalism planned for the weekend in one elegant app, plus a curated selection of the week’s news and analysis from Australia and the world. 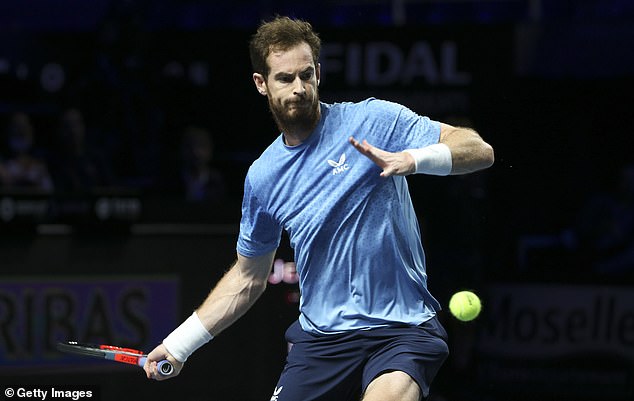