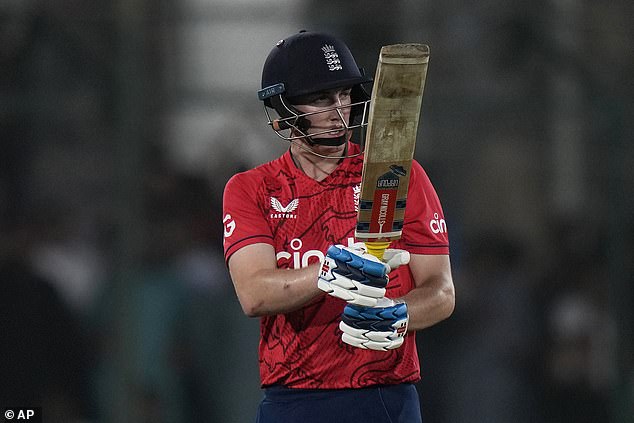 It’s been a memorable first week or so in Pakistan for all of us. Just to be a part of this tour has been an honour and the noise that has welcomed us for every game in Karachi has been quite special.

The passion for the game is something else here and it’s wonderful to see so much support for England.

Leading England is something I cherish every single time and what a series it’s been so far. The first game, Pakistan flew out of the blocks but we dragged them back. Luke Wood was excellent on debut and Rash (Adil Rashid) bowling Babar Azam with his googly was a key moment.

And then Halesy (Alex Hales) — to do that on his first game back was seriously impressive. It’s not easy with the pressure surrounding him but the way he played showed what he was all about. I was delighted for Halesy but certainly not surprised he hit 50 and Brooky (Harry Brook) came in and played with real class to take us home.

On Thursday, Babar and Mohammad Rizwan were simply too good for us. The atmosphere notched up a level and to chase 200 without losing a wicket takes some doing.

They showed their quality and we couldn’t get them out. I put myself on to bowl in the hope of making a breakthrough but they took me down. I thought we batted well to set a target of 200 but sometimes you have to admit you were outplayed and we were, by the Pakistani opening pair.

But Friday showed how strong our mindset is and how good the depth of English white-ball cricket is. Will Jacks came in on debut as we rotated and instantly looked like an international player. The way he played his own game was a joy to watch. He wasn’t fazed by the bowling nor the atmosphere and credit to him for putting us in a really strong position, even though we were three down for 80 odd when he was dismissed in the ninth over.

Not to worry, though. My word, Harry Brook and Ben Duckett — their partnership was outstanding. One of the best I’ve seen in England colours in T20 cricket. It saved me going out to bat!

That right-hand, left-hand combination worked a treat and the pair complemented each other really well. The way they put the pressure on Pakistan immediately and didn’t let the spinner settle was great to watch.

Duckett has looked superb as the series has gone on and in Brook, we have a real special player. He’s a talent that will be around for years to come. He took down pace and spin and the manner in which he picked the gaps was ridiculous. He had all the answers. Brooky really is a 360-degree player who plays proper cricket shots and he’s got all the tricks in the book — scoop, sweep, you name it, he has it.

When you bat first in Karachi, a ground renowned for high scoring, you need to score big. To get 221 away from home, without the likes of Jos Buttler, Jonny Bairstow, Ben Stokes and Liam Livingstone, speaks for itself.

And Woody (Mark Wood) on his return was unbelievable. When you have raw pace, it’s a different ball game. We’re glad to have him back after injury and I just told him to be aggressive with the ball. It was his first England game since March so I didn’t really need to tell him. But trust me, he was rapid, bowling one of the quickest spells I’ve seen. 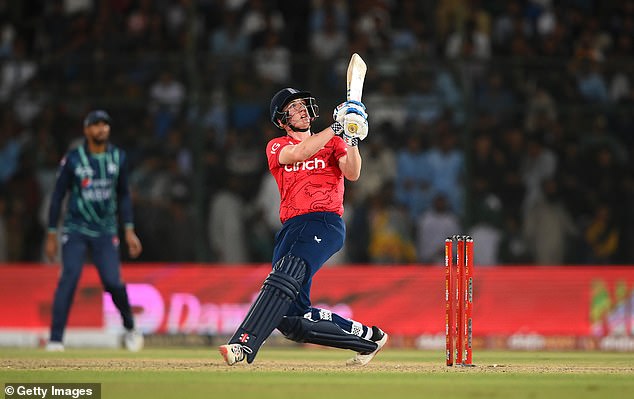 Both Woody and Reece Topley pretty much put us in the driving seat, with Babar and Rizwan gone early. Woody’s comeback was quicker than expected and that can only be a good thing for us going into the World Cup, but we don’t want to overdo it. He’s a massive player and we need him fit for every game in Australia.

Sunday was just an amazing game. One of those games that swung from one way to another. Daws (Liam Dawson) smashed it and nearly pulled it off but it just wasn’t our day.

We should have chased 167 down with ease. With a few more runs from the top order, the game was ours. It was disappointing to fall short but once again, it showed our strength in depth.

There will be more rotation over the coming games, giving everyone opportunities. It’s always nice to see lads making their England debuts. We’re in a good place at the moment, playing fearless, aggressive cricket and we can still improve.

It’s an interesting series as we’re looking at getting ready for the World Cup as well as having a look at guys for the future. But it’s been a good start and it’s an exciting time for English cricket.

We travelled to Lahore on Monday and though we’ve been restricted with the security in Karachi, it has been a great experience. The atmosphere has been electric. The hotel and the food have been brilliant and so have the people.

There’s been a lot of playing FIFA to pass time and playing cards and David Willey’s brought his coffee machine over so we’ve got a little coffee club going. With the late starts and late finishes, the boys tend to sleep pretty late and me and Rash usually stay up till Fajr (the Islamic dawn prayer) playing FIFA. He might take more wickets than me but I’m definitely the better FIFA player.

Rashid’s family is also from Mirpur, which isn’t far from Lahore so his parents and family are going to be there for the matches. That will be a real special and emotional moment for them all — to see one of their own playing for England in Pakistan.

Me and Rash have had loads of ticket requests, as you’d probably expect!