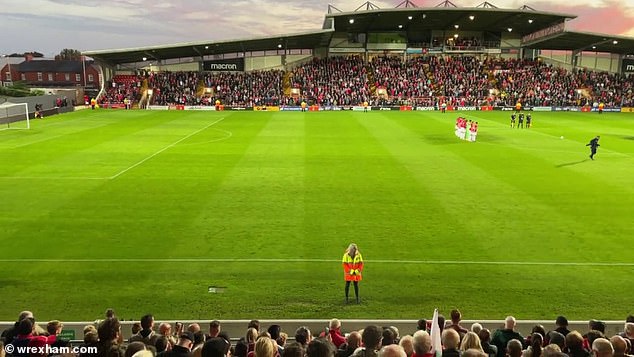 Pleas for supporters to observe a minute’s silence at Wrexham fell on deaf ears on Tuesday night as a minority of fans reduced it to a shambles.

Several fans booed at the Kop end after the whistle was blown for the silence to begin, before the National League home game against Dagenham and Redbridge, leading other infuriated fans to shout them down.

This ruined any attempt at a show of respect for the Queen.

Reports suggest other fans chose to wait in the concourse areas until the minute was up before taking their seats.

The incident seemed to have no bearing on the hosts, who went on to comfortably beat Dagenham and Redbridge 4-1 at the Racecourse.

Wrexham appealed to fans on Monday to observe the minute’s silence, saying in a statement: ‘Wrexham AFC will join all the other Clubs in the National League and observe a one-minute silence before Tuesday’s game, as a mark of respect following the passing of Her Majesty Queen Elizabeth II.

‘We have a simple request, regardless of your own personal opinions, which we recognise everyone is entitled to; on this occasion, you leave these at the turnstiles of the Racecourse Ground and do not use the one-minute silence to promote your own views over those of others.

‘The spotlight on the Club, shines brighter than ever and in an exceptionally positive way, so let’s not give anyone a reason to view the Club in any other way, by not observing the one-minute silence.

‘The Club hopes it can count on your support in observing the one-minute silence.’

Tuesday’s events come months after Wrexham fans booed the British national anthem at Wembley before the Welsh side lost in the FA Trophy final to Bromley back in May.

Elsewhere across the UK and Europe, the minute’s silence was generally respected as British clubs returned to the pitch for the first time since the passing of the Queen.

At Anfield before Liverpool’s Champions League clash with Ajax, there were isolated boos, shouts and chants of ‘Liverpool, Liverpool’ from a minority of individuals – although the majority quickly shushed them and most supporters spent the period of silence quietly and respectfully. BT Sport’s Darren Fletcher said: ‘Impeccably observed by many, but not by everyone.’ 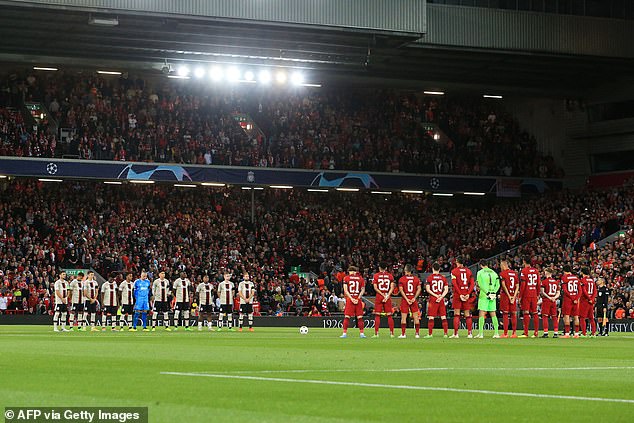 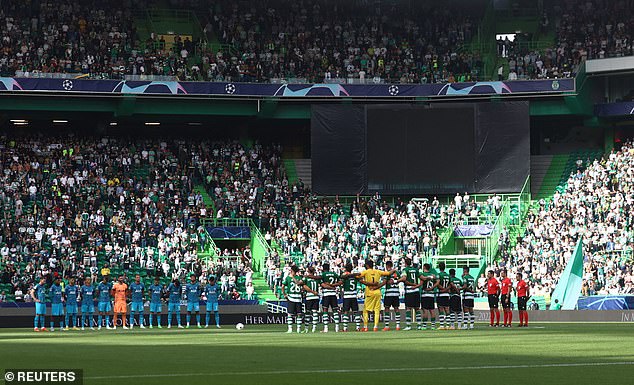 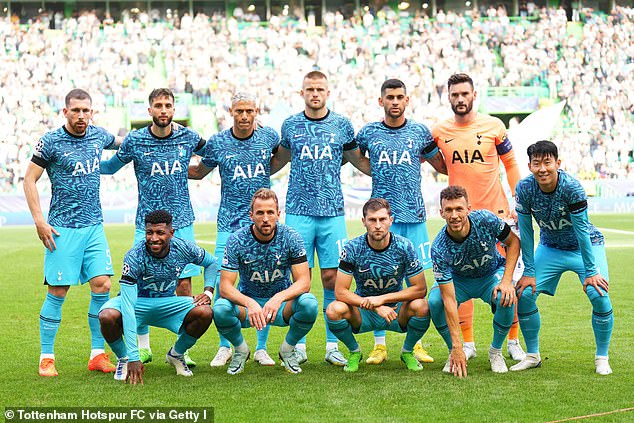 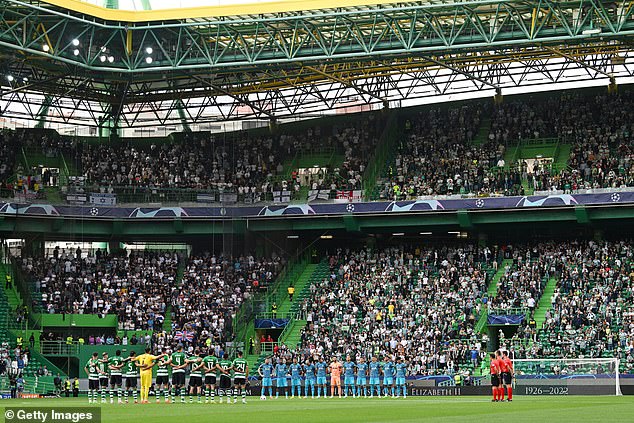 The players wore black armbands for the match with the traditional pre-match Champions League anthem not played. It came after Liverpool boss Jurgen Klopp said observing the moment’s silence was a suitable way to show respect for the Queen.

Some Liverpool fans chose to boo the national anthem ‘God save the Queen’ when it was played at Wembley before their FA Cup final win over Chelsea back in May.

The players of the Liverpool and Ajax under-19 teams also held a minute’s silence ahead of their UEFA Youth League fixture at Liverpool’s academy training ground.

Ahead of Tottenham’s European encounter with Sporting in Lisbon, there were some supporters who didn’t observe the mark of respect during the minute’s silence and decided to shout during it. It was unclear where it came from via the television.

In the Football League, tributes were also aplenty. At the Riverside Stadium, for example, a picture of Her Majesty Queen Elizabeth II was held up on the scoreboard before Middlesbrough’s fixture with Cardiff City.

In League One, Ipswich Town blacked out their match programme for their encounter against Bristol Rovers. They also adorned it with a tribute to Her Majesty Queen Elizabeth II on the back cover too. 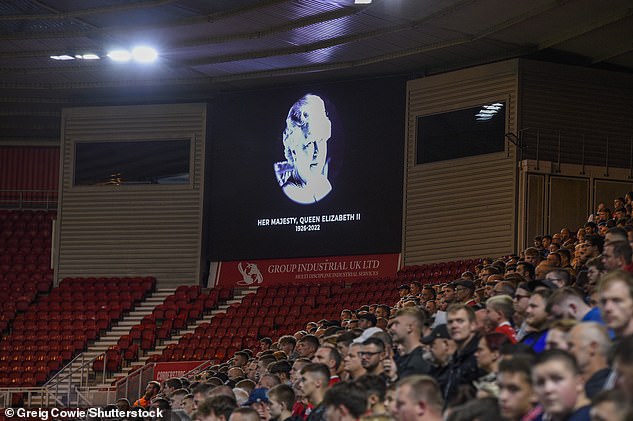 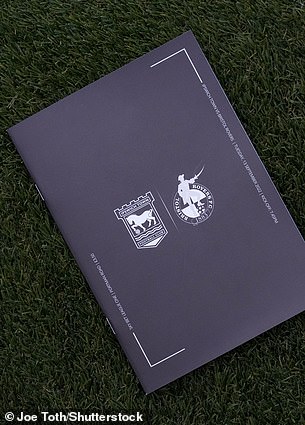 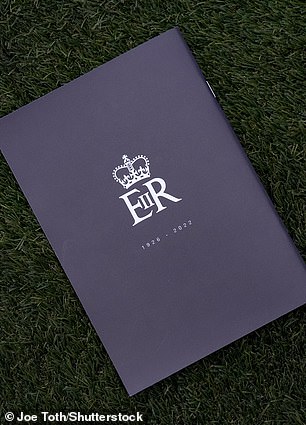 Ipswich Town blacked out their match programme for the visit of Bristol Rovers. They also adorned it with a tribute to Her Majesty Queen Elizabeth II on the back cover too

It came after the Football Association made the decision to shut down football at the weekend despite government guidance stating there was no obligation to.

Other sports, including rugby union and rugby league, continued with their fixtures.

The Test cricket match between England and South Africa at the Kia Oval paused on Friday but resumed on Saturday following a silence and a stirring rendition of ‘God Save the King’ following the accession of King Charles III.

Some non-league matches were played in England on Monday night but elite teams only returned to action on Tuesday.

The Champions League games involving Chelsea, Manchester City, Rangers and Celtic will be played on Wednesday. 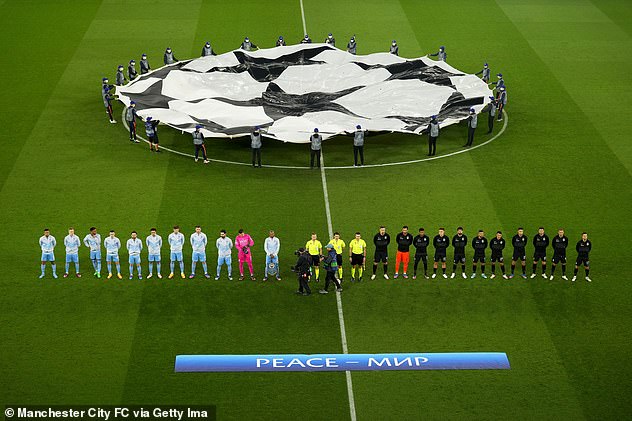 The match between Rangers and Napoli at Ibrox was moved from Tuesday night to Wednesday night because of limited police resources during the Scottish leg of the period of mourning for the Queen.

No away supporters will be admitted to Ibrox with Rangers fans now barred from travelling to Naples for the return match in late October.

However, the football programme in the coming days will be further affected by the Queen’s funeral on Monday and events in the 10 days of national mourning that precede it.

With police resources stretched in London, the UEFA Europa League fixture between Arsenal and PSV Eindhoven at the Emirates Stadium on Thursday night has been postponed. 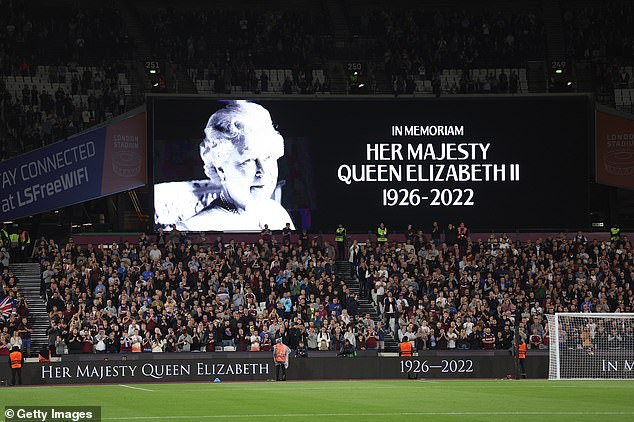 Likewise, the Premier League fixtures between Chelsea and Liverpool at Stamford Bridge and Manchester United and Leeds United at Old Trafford on Sunday.

Saturday’s match between Brighton and Hove Albion and Crystal Palace on Saturday had already been called off because of an anticipated train strike.

Sunday’s Premier League game between Brentford and Arsenal has been moved forward to a 12pm kick-off.