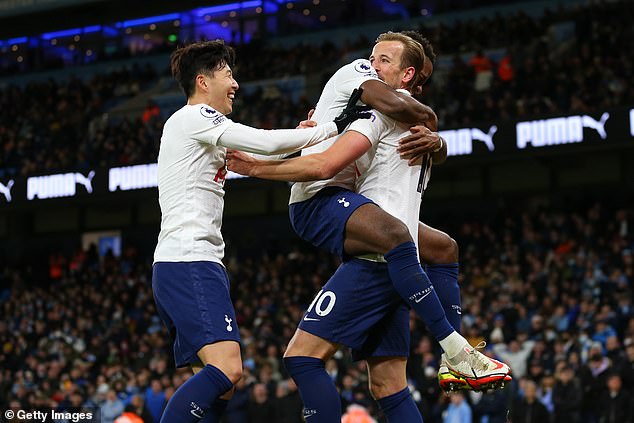 There is something about Tottenham when it comes to Manchester City. Plenty of people were saying to me last Saturday, on my way to the Etihad, how I must have been confident about three points but that was never the case.

I remember only too well the night my Manchester City side lost 1-0 to a Peter Crouch goal, in May 2010, and were pipped by them for fourth place; I remember the night, in April 2019, when I thought City were going into the Champions League semi-finals only for Tottenham to come out on top.

History plays on your mind in these circumstances but the one thing that made me anxious about Tottenham seven days ago, more than any other, was the main man in their dugout. I spoke at length here last month about my admiration for Antonio Conte and I knew the danger he presented. 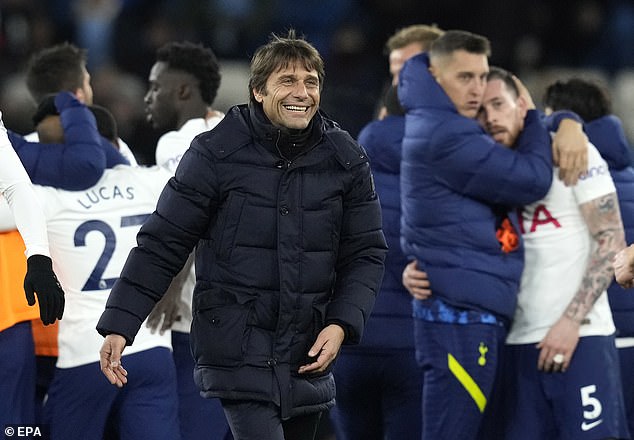 My fears were realised. When a team goes to the Etihad Stadium, they will know they are not going to have a lot of the ball. To stand any chance of beating City on home turf, you have to be efficient and know exactly what you intend to do when you get possession.

So I watched Tottenham intently and what I saw was tactically intelligent. I hear people say ‘oh it’s easy to sit back and defend’ but, believe me, there was nothing easy about what those players had to do, first to withstand City’s pressure then unlock them.

The reason it all came off so successfully was because of the manager. Yes, Harry Kane was outstanding, as was Dejan Kulusevski, whose work off the ball was relentless. Yes, it helped that Eric Dier was back in form, Son Heung-Min sparkled and that Cristian Romero had a brilliant game. 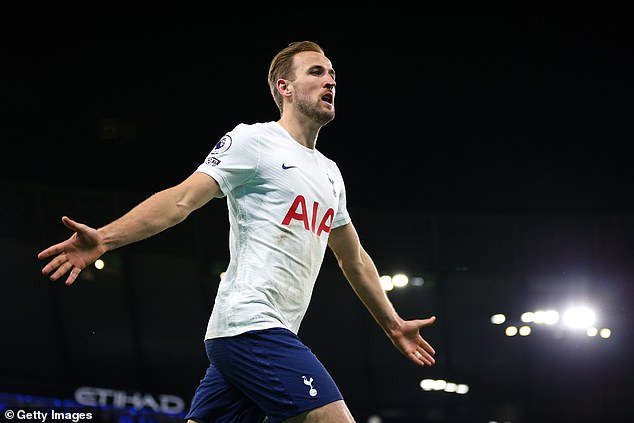 Harry Kane scored a last-gasp winner at the Etihad, with Conte able to shape the big match 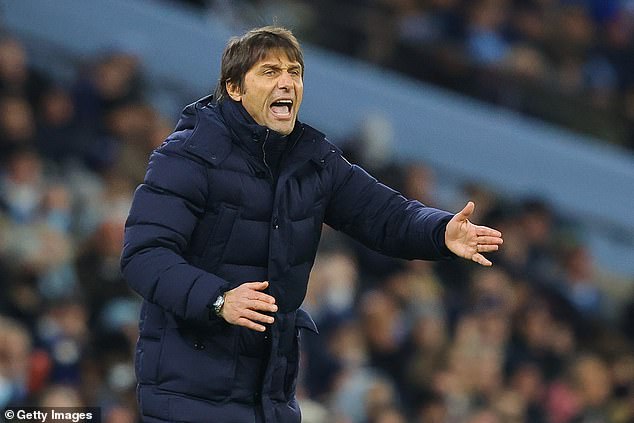 If Conte can’t do it at Tottenham and other managers have failed, it says more about the club

But Tottenham won, first and foremost, because the plan was put together by one of the top five managers in the world. Watching him kicking every ball and throwing himself into the action, it seemed that he wanted to show everyone just how he can shape big games.

See also  IAN LADYMAN: It's a nice soundbite but banning ketchup is a red herring for Premier League managers

I came away from the stadium afterwards with my esteem for Conte at its highest, so what happened then on Wednesday at Burnley, when Tottenham lost 1-0, left me staggered. Conte commanded the headlines for his emotional reaction but I saw things differently.

Conte has been criticised for being outspoken but if it gets to the point where he feels that he has to walk away from Tottenham, they will have only themselves to blame. It was an outstanding piece of negotiation to secure him as their manager but to lose him so quickly would be beyond careless.

Put it this way: if Conte can’t do it at Tottenham, if a good coach such as Nuno Espirito Santo was gone in less than four months, if a man with Jose Mourinho’s CV couldn’t make progress and Mauricio Pochettino’s reign fizzled out, it says more about the club. 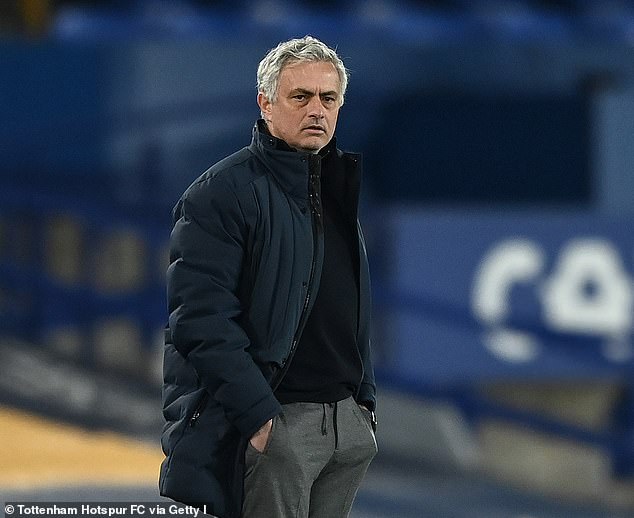 Jose Mourinho, despite his stellar CV, couldn’t make progress and was sacked by Daniel Levy 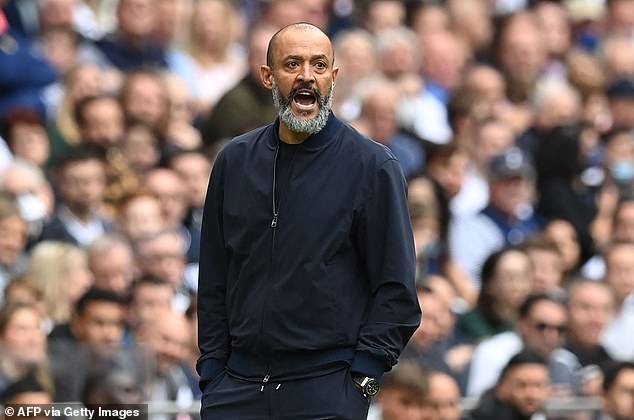 These men aren’t bad managers – but what is happening suggests Tottenham is becoming a bad job and I hope there is a recognition within the dressing room about what is at stake. If I was a player there and had seen Conte so emotional, I’d be asking question of myself first and foremost.

You hear the phrase ‘stand up and be counted’ and it is an appropriate moment for Tottenham’s squad to do just that. They shouldn’t have lost four of the last five games, they should be expected to get better results and the onus is on them to help Conte out.

The run to the Champions League final in 2019 under Pochettino was outstanding but that was never going to become the norm; Tottenham aren’t at the level of Liverpool, City and Chelsea but if they take their eye off the ball, Southampton, West Ham and Leicester are going to zoom past them.

Those last three clubs have a plan and are buying the players from a market that Tottenham should be farming, unearthing the gems whose best days are in front of them and who will benefit from the guidance of an outstanding coach. 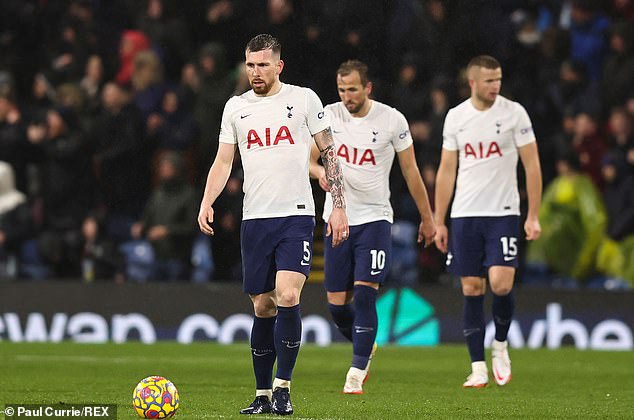 This is a perfect moment for Spurs’ squad to stand up and be counted, with the onus on them

It would be a calamity if they get caught short and Conte leaves before the end of his deal because they might never get a manager of his quality again. What chance would they also have of keeping Kane if this season fizzles out into nothing?

I have some friends who are Tottenham fans and they keep mentioning the phrase ‘Spursy’ – it could be part of football’s dictionary, a term that is recognised for falling short at crucial moments. It would drive me crazy if my team had such a dismissive nickname.

Tottenham have got to get away from that and they have the manager who can bring back good times. I said last month the club should be giving him everything that he wants and, to clarify, I don’t mean unlimited funds to throw here, there and everywhere.

Giving Conte what he wants means creating an environment in which he can be successful. He might be emotional and have a reputation for internal fights but he also has a reputation for winning. He is their chance to keep up with the big boys; lose him and they will only have themselves to blame.

The game of the weekend is at Wembley and I hope Chelsea versus Liverpool lives up to expectations. It will be an intriguing tactical battle with Jurgen Klopp’s team committed to attack and Thomas Tuchel’s side masters of hitting on the counter.

My gut feeling is that Liverpool will win. I look at them and see a settled squad with so many attacking options and their confidence is soaring.

I’m still not quite sure what Chelsea’s best XI is and with those doubts, it makes me believe the trophy is going to Merseyside. 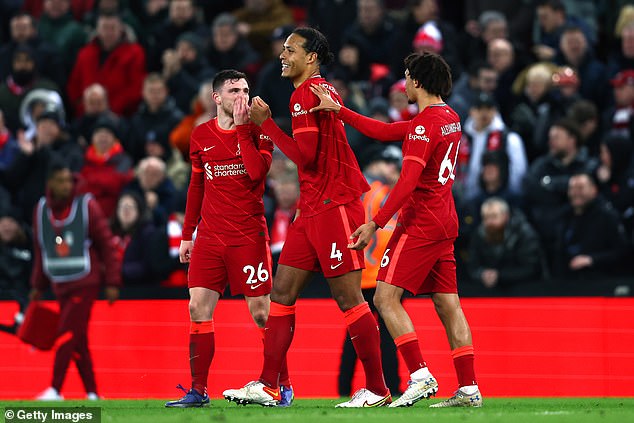 NAIVE OF LEEDS TO GO TOE-TO-TOE

I have been backing Leeds all year and made it clear that I don’t believe they will get relegated but I was shocked by the naivety they showed at Anfield on Wednesday.

What were they thinking in trying to go toe-to-toe with Liverpool?

Marcelo Bielsa has been fantastic and his orders are specific but the players need to take some responsibility themselves in difficult moments and keep things tight when they are under siege.

They cannot afford to keep giving cheap goals away as it will only see them go one way. 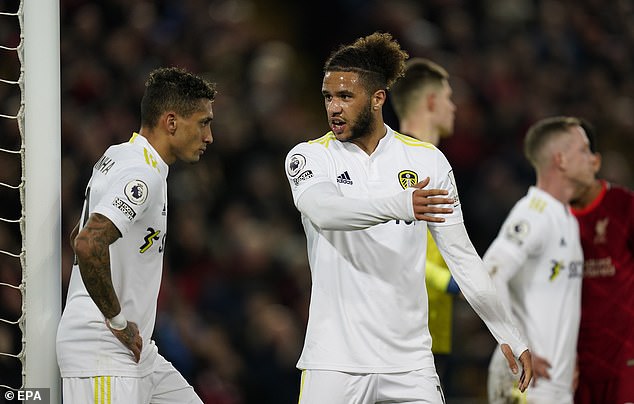 Leeds’ naivety in the rout at Liverpool was shocking, and they can’t keep shipping cheap goals

MICAH’S MOAN OF THE WEEK

A video was circulating on social media last Sunday morning of an incident that involved Phil Foden. It had been taken the previous evening at the boxing in Manchester and involved one of the most despicable acts I’ve ever seen.

Phil’s mum was punched after he had been abused when he was going into a private box. She was doing what any parent would do, protecting their child. It is difficult to put into words the anger I felt when saw the footage and the cowards involved are utterly disgraceful.

I was appalled that some bystanders did nothing and simply recorded it all but, in some respect, there was a benefit to the footage being out there. This kind of abuse and goading of footballers is happening all the time. It’s getting to the point where it is impossible to have any kind of social life. 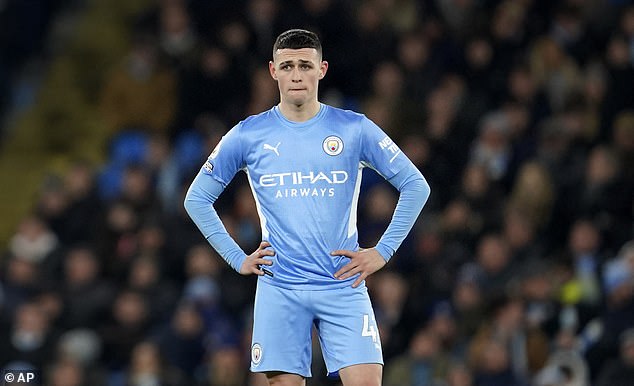 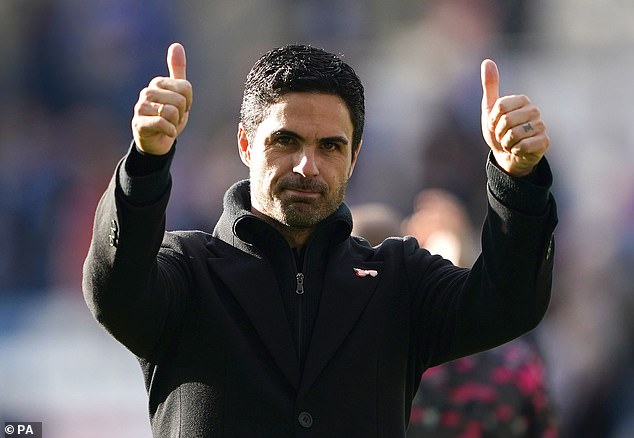 Arsenal: Pundits heaps praise on Mikel Arteta for turning Gunners’ woeful start to the season around Bordeaux’s 6-0 defeat to Rennes is just their latest embarrassment | Ligue 1 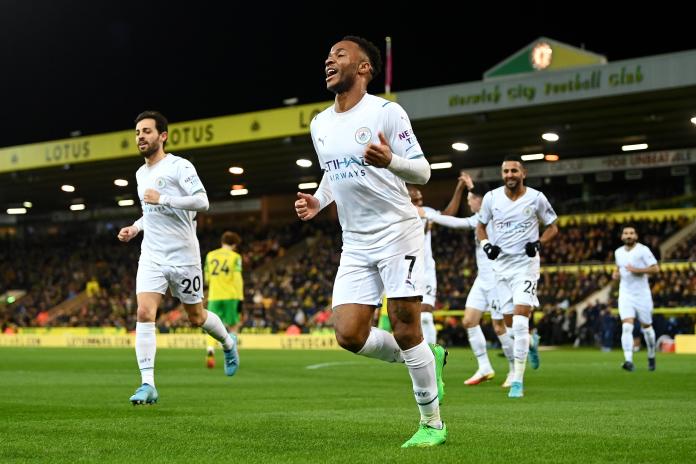