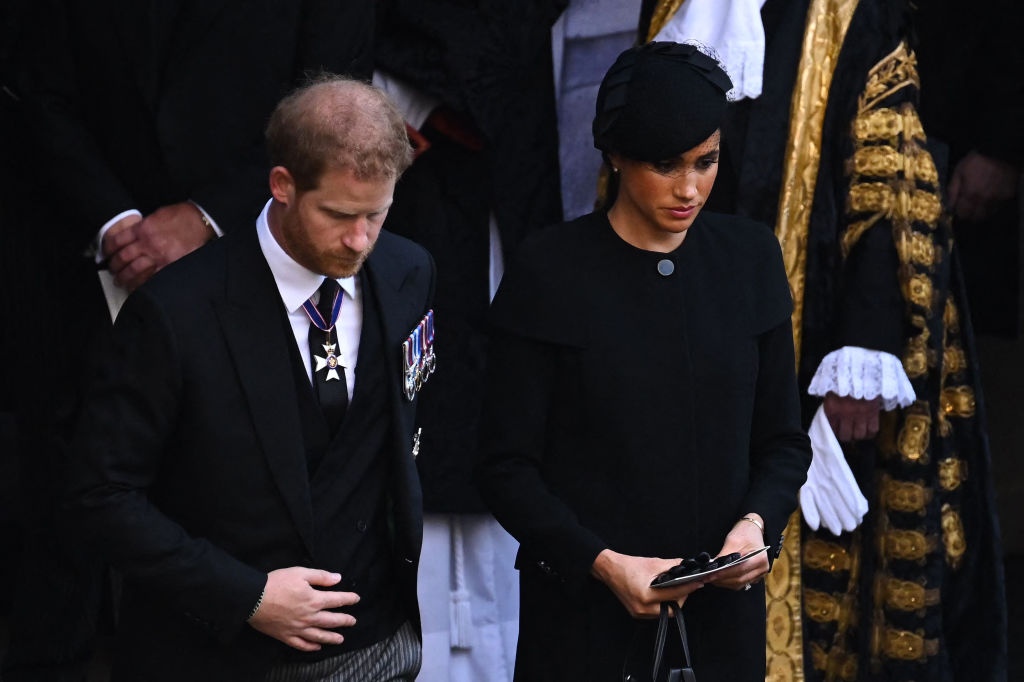 Meghan Markle joined the procession for the lying-in-state of Queen Elizabeth II in London today. Prince Harry’s wife was driven in a car in the company of Princess Sophie, while Queen Elizabeth II’s coffin was taken by a Gun Carriage of The King’s Troop Royal Horse Artillery from Buckingham Palace to Westminster Hall.

Wearing pearls is part of the mourning tradition in the UK that dates to the 19th century. When Prince Albert died in 1861, his wife, Queen Victoria, spent the rest of her life wearing only black. However, she would occasionally have a piece of jewelry, almost always a pearl necklace. White pearls are considered to denote purity and represent tears. In 1878, to mourn the loss of both her daughter Princess Alice and son Prince Albert, Queen Victoria wore brooches with their initials and a single white pearl.

The fascinator also has origins in protocol. In the 1950s, it was considered improper for upper-class and royal women to show their hair in public. The etiquette rule has changed over the years, but it’s expected for royal women attending royal events to wear hats or fascinators.

Kate Middleton was also part of the procession. Prince William’s wife was in the same car as Queen Camila.

Buckingham Palace said that the Queen’s state funeral will take place on Sept. 19 at 11 a.m. The Queen will lie in state in Westminster Hall for four days to allow the public to pay their respects.