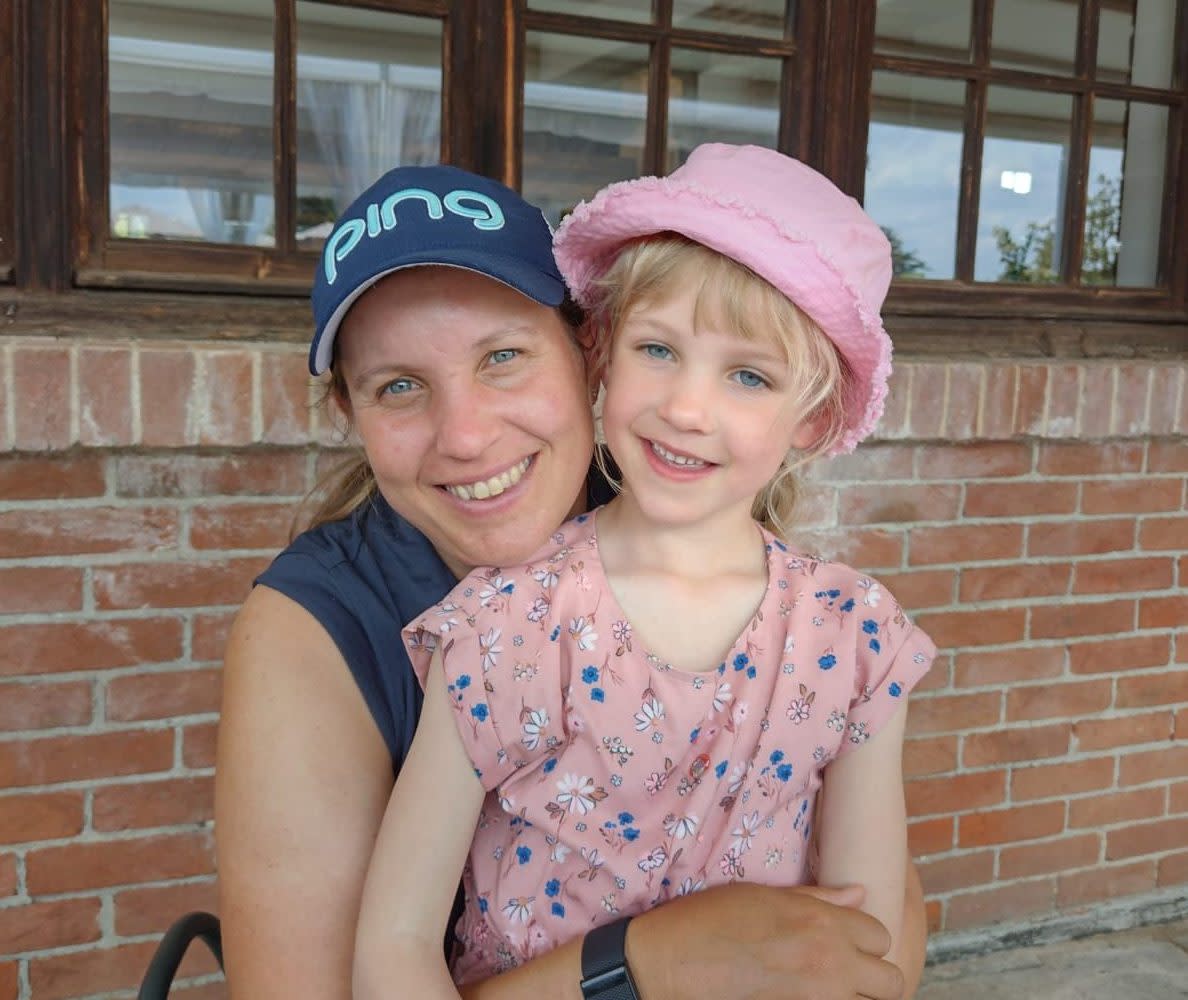 When Liz Young competed at the 2016 AIG Women’s British Open while seven months pregnant at Woburn, one of her favorite clubs, and called it “paradise golf.”

What happened last week must have felt similarly blissful. Young, 39, won the VP Bank Swiss Ladies Open to secure her first title on the Ladies European Tour. She radiated joy while holding the trophy – a wooden cow.

“I said earlier in the year that I feel like my best golf is yet to come,” said Young. “That sounds strange when I’m about to hit the big 4-0 next month.”

Young, who won in her 200th start on the LET, turned professional in 2009 and has $657,512 in career earnings. Congratulatory messages have poured in since her one-stroke victory over young Swedish hotshot, Linn Grant. Current players, past players who stopped to have children, older players who were thrilled to see a thirtysomething beat up the young guns, all celebrated. This was a popular victory.

Young isn’t the oldest player to win this season: South Africa’s Lee-Anne Pace won the Investec SA Women’s Open in April at 41 years, 1 month and 17 days old. Still, it’s a rarity on any tour. Only 28 players aged 35 and over have competed on the LET this season.

Young’s husband Jonathan and daughter Isabelle were back home in England when she won in Switzerland. Jonathan works as a graphic designer and typically gets out to about three events per year. Because the men’s BMW PGA Championship at Wentworth was going on at the same time, the Swiss Ladies Open wasn’t being shown live in England. Friends took videos of Young during the final round, and Jonathan received them through a text message chain.

See also  Rickie Fowler, back in Oklahoma for the 2022 PGA Championship, keeps grinding to fulfill potential

“It just shows me now, that after 14 years, I can actually win,” said Young. “I’m hoping there’s more to come.”

Young flew to England Saturday night and spent a few hours at home on Sunday before picking up the car and boarding the ferry to France for this week’s event. Known as an accurate player, Young has worked since the winter on better distance control with her irons.

The toughest time as a mom on tour, she said, came three years ago, when Isabelle would beg her not to leave. While LPGA players have benefitted from the Smucker’s LPGA Child Development Center for nearly 30 years, there’s no daycare provided on the LET.

“It’s hard enough to win when you’re not a mother on any tour,” said former LPGA player, major winner and mom Karen Stupples, “the competition is so deep this days. But, as a mother, she can only devote half of the amount of time that the players that aren’t mothers do. So the time that she has, she has to be so perfect with her practice and so perfect with what she spends her time on.

Liz Young of England hits her 2nd shot on the 3rd hole during the first round of the 2016 Ricoh Women’s British Open on July 28, 2016 in Woburn, England. (Photo by Tony Marshall/Getty Images)

Isabelle turns 6 next month and Young is grateful that her daugther enjoys the before-school breakfast clubs and after-school clubs with friends when she’s away. It also helps that both sets of grandparents live nearby.

When Young is home, she always does the school drop-off and pick-up and focuses entirely on being a mom. She tries not to be gone more than two weeks in a row. If it’s more than that, Isabelle usually travels, too. She was onsite at both the British Open and Scottish Open this past August.

“It actually works out pretty even, if you look at it from a year’s perfective,” said Young of the amount of time she’s away compared to a more traditional job.

A total of six moms have competed on the LET so far this year, including Catriona Matthew, who famously won the 2009 British Open at Royal Lytham 11 weeks after giving birth to her second child.

“I don’t even know how it’s possible, to be honest,” said Stupples.

Young has no desire to compete on the LPGA, but she would like to stay out on the LET a good deal longer. Her ultimate goal was always to win, which means she’ll now have to come up with something new.

In 2020, it was Young who first sparked the idea that led to the Rose Ladies Series, an initiative backed by Justin Rose and his wife Kate that provided much-needed playing opportunities for English professionals during the COVID-19 pandemic. Now there’s a Rose Ladies Open on the LET Access Series, which kicks off Sept. 23-25 at Brocket Hall in Hertfordshire.

This year’s Rose Ladies Series featured five events in the spring that filled in gaps on the LET schedule.

Young also serves on the LET Board, bringing a life perspective that Stupples calls “absolutely crucial.”

“Definitely becoming a mother, especially having a daughter,” said Young, “I just want to leave it in a better place.”

10 surprising players currently outside the cutline for CME Group Tour Championship, including three former No. 1s