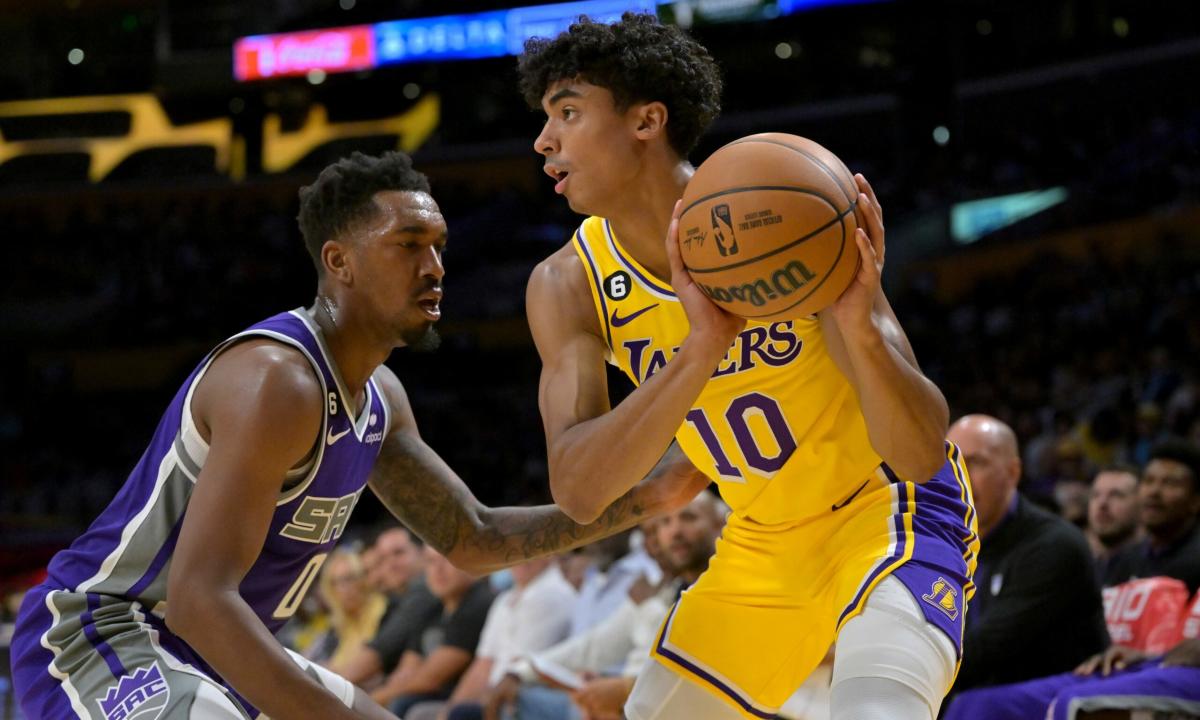 The Los Angeles Lakers have been banged up to start this season, but they’re starting to get healthy.

Guard Dennis Schroder and center Thomas Bryant missed the first few weeks of the schedule with thumb injuries, but both returned three games ago, Bryant, in particular, has been playing very well since coming back.

LeBron James has missed the team’s last five contests with a strained adductor, but he is expected to make his return on Friday when it visits the San Antonio Spurs.

In addition, rookie Max Christie is expected to be available on the same night. He hasn’t played in the Lakers’ last three games, as he has been in the NBA’s health and safety protocols.

In four games prior to being placed in health and safety protocols, the 6-foot-6 wing started to get significant playing time, and he delivered. During that span, he averaged 4.5 points, 4.8 rebounds and 0.8 steals in 20.2 minutes per game while shooting 50.0 percent from 3-point range on 2.5 attempts a night.

If Christie continues to shoot with anything close to that kind of accuracy from beyond the arc, he could really help put a dent in the Lakers’ outside shooting woes.

Patrick Beverley’s comments on his shove of Deandre Ayton

See also  Celtics aren't ready for this marathon to end