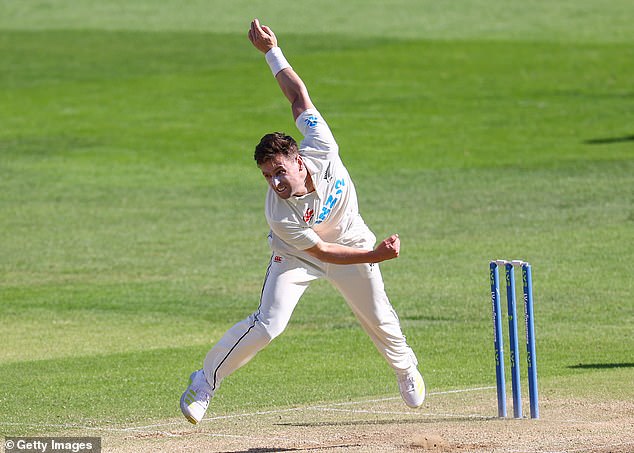 As England fast bowling stocks wither under the weight of a stress fracture epidemic, it will be of little comfort that New Zealand’s in-form paceman has never looked back since a chronic back problem a decade ago.

Lining up in the opposition at Lord’s this Thursday will be bionic man Matt Henry, who owes his entire international career to radical-sounding surgery – called a pars repair – by Christchurch surgeon Grahame Inglis in 2012.

Now 30, Henry has 10cm of titanium cable and two screws bolstering his lower spine and 161 international wickets to his name that would not otherwise have been there.

‘For me, it was a real turning point in my career. It was pretty daunting at 20, staring down a back operation, but the screws fixed it and I knew that issue shouldn’t stop me from playing. It was stronger than it ever was,’ Henry tells the Mail On Sunday.

‘I was quite lucky because my stress fracture was not down to technical issues. I was just a young guy playing domestic cricket who had a massive workload and broke.

‘Coming out on the other side, there were a few things we identified, like strength training around the core and what I needed to do from a performance aspect to give myself the best chance of staying on the field.’ 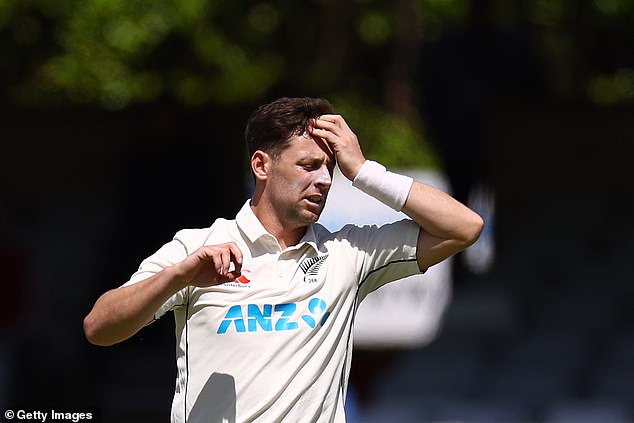 A recap of England’s stress fracture issues alone highlights how under-manned they currently are in the seam department: none of Jofra Archer, Olly Stone, Saqib Mahmood, the Curran brothers Sam and Tom, or Matt Fisher are fit enough for international selection and some of the sextet are already out for the full 2022 summer. Additionally, Ollie Robinson has endured several episodes of back stiffness since the final Ashes Test in Hobart in January.

The spate suggests a common denominator but Henry insists ‘it’s too complex an injury to throw a blanket rule over’ either how they occur, or how you rehabilitate to get back onto the field.

‘There are always going to be those arguments that people aren’t bowling enough, or that they bowl too much,’ he says. 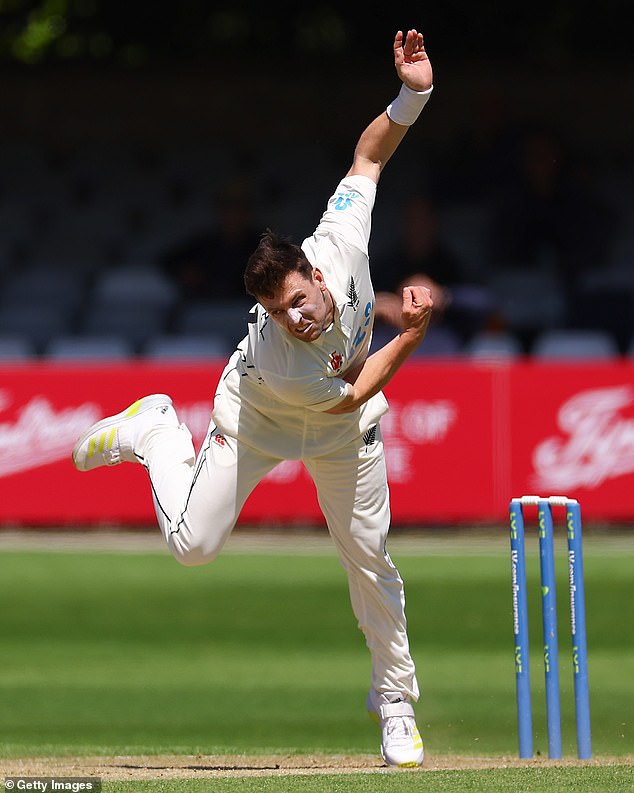 ‘What is inevitable is that fast bowlers are going to get injured. You just have to figure out a plan that works for you. Some people identify workloads. For me, I love bowling and like to get a lot of bowling under the belt. That doesn’t necessarily mean it’s the right answer for everyone.’

Henry’s time on the sidelines in recent years has been nothing to do with injuries but the abundance of options New Zealand have been blessed with on their journey to being crowned Test cricket’s inaugural champions last June.

Indeed, he was not selected for the final victory over India in Southampton, despite helping secure an historic series-sealing win – New Zealand’s first here this century – a matter of just days earlier. 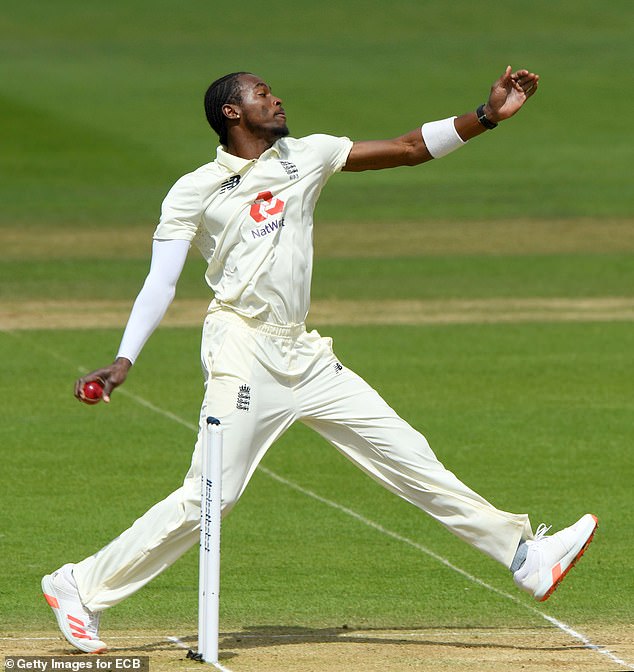 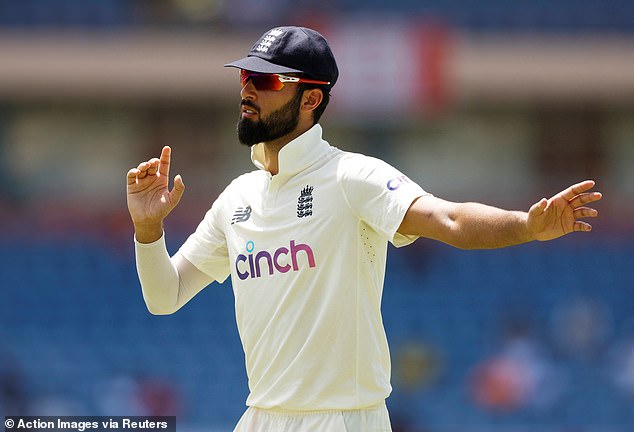 Henry was named man of the match in that success over Joe Root’s team at Edgbaston, one of two such awards in his last three Test appearances. The latest saw him ransack South Africa with career-best figures of seven for 23, and nine wickets all told, in a crushing innings win on home soil in February.

Trent Boult’s involvement in the latter stages of the Indian Premier League should guarantee him featuring this week at Lord’s – where he made his debut under Brendon McCullum’s captaincy in 2015 – although the competition for places in the Kiwi camp means nothing is ever taken for granted by a man who bagged 75 wickets in just 11 County Championship appearances for Kent four years ago and will return to Canterbury later this summer.

‘Opportunities have been a little bit more sporadic but that is a challenge in itself: getting yourself match ready so that you can take them when they do come along and help win games,’ he says. 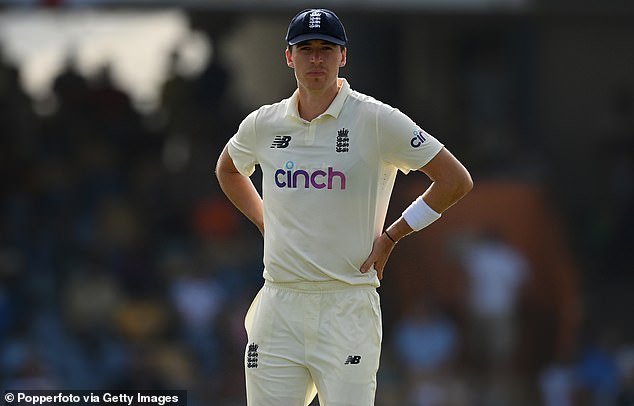 Matt Fisher, who made his debut in the Caribbean, was also ruled out for the season through a stress fracture

‘There is never an expectation that it’s your shirt. Not for me. It’s more around being the best bowler I can be because I cannot control selection. That’s not my decision. If it’s not good enough, keep working at it. Keep developing my game. What can I offer the team? What is it that I can bring to the table that is authentically me?

‘My role in the team is making sure that I come in and create some energy, and consistently take wickets up front with the new ball.

‘Getting accolades like man of the match is great because so much hard work has gone into it but it is so much more enjoyable to sit in the dressing room after a team win. It’s always great when you come out on the right side of things and create those amazing memories, and there is no better feeling than winning a series because Test cricket is gruelling.’ 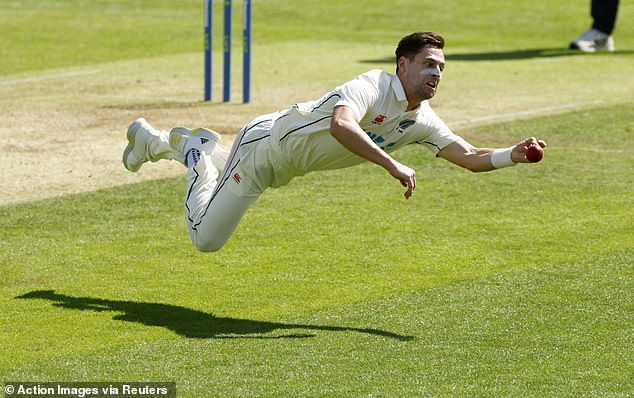 Who kept Ashwin out of Playing XI for so long? 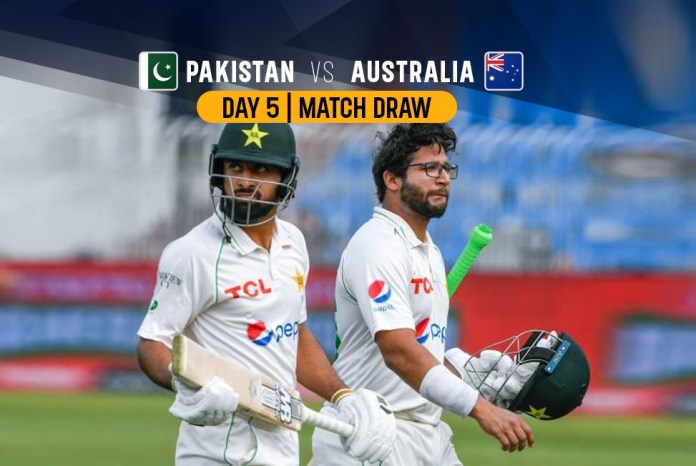