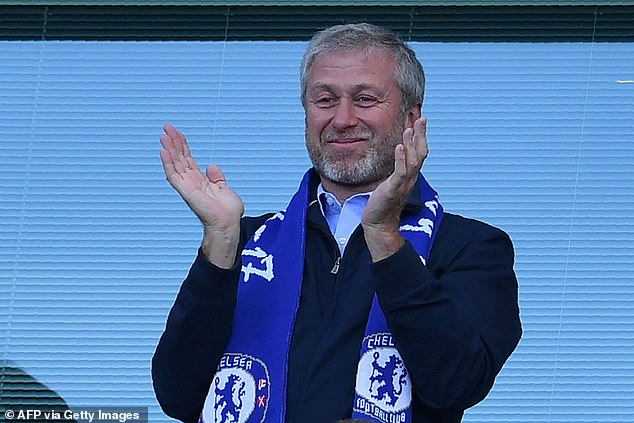 In 1931, the coal miners of Harlan County, Kentucky, were engaged in a bloody dispute with the mine owners. Attempting to intimidate union leader Sam Reece, the company hired men marshalled by Sheriff J.H. Blair to raid his family home. They did, terrorising Reece’s wife and children.

That night Florence Reece sat down and on the calendar that hung in the kitchen, wrote one of the most famous protest songs of the American left: Which Side Are You On?

They say in Harlan County

There are no neutrals there.

You’ll either be a union man

Which side are you on boys?

Which side are you on?

It is a question that echoes through the ages, to this very morning, to a football ground in London SW6. Roman Abramovich — which side are you on?

For there is nothing in Chelsea’s new structure that answers this question. Nothing in Abramovich’s opaque statement, hurried out on Saturday evening.

Nothing in his gnomic demeanour that tells us where he, personally, stands. He has moved to safeguard an asset from consequence and the people who work for it.

We can believe he cares for Marina Granovskaia, his most trusted employee, for Chelsea’s players and many of the executive staff, because he does not sack them as casually as he does his managers and coaches.

We can believe he feels an affinity for Chelsea’s fans and does not want to see their club, the modern one that he built, destroyed. 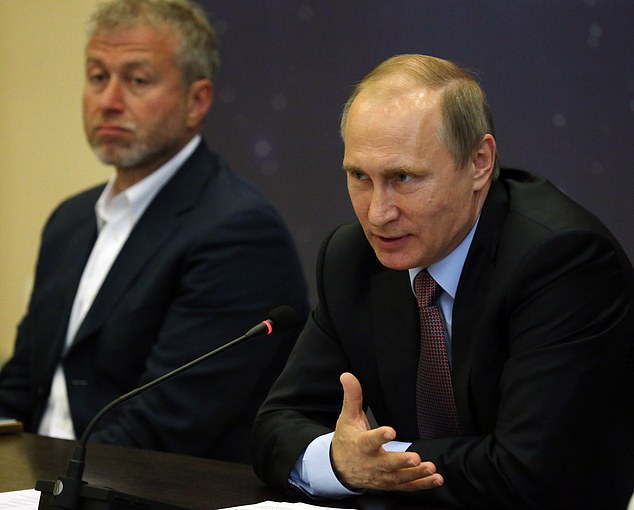 Yet the people of Ukraine? The victims of war, dead, displaced, their lives turned to rubble by the will of a vicious despot who has also been Abramovich’s friend and ally? Still no word on them.

At times of turf war, mafia clans would ‘go to the mattresses’, the soldiers sleeping rough in rented apartments away from home comforts for safety. And as tanks rolled through Ukraine, Abramovich’s private plane left Monaco and returned to Moscow.

We don’t know if he was on it but we have no reason to believe he was not. Yet in that journey comes the nearest to a statement from Abramovich on the war in Ukraine. He has picked his side. It is not ours.

As always we are left to guess his intentions for Chelsea. The club insists relinquishing control to the trustees does not mean he sells and with Granovskaia and chairman Bruce Buck around, it is hard to imagine much will change in the short term.

Thomas Tuchel won the Champions League for the club last season without once meeting the man who owned it. Abramovich has been remote for many years now, mainly because of his ties to Vladimir Putin, and has accepted that rather than distance himself from the Russian leader. 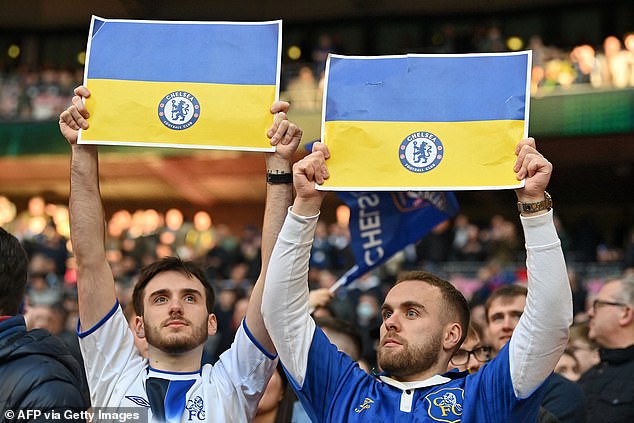 On the day Russia was awarded the World Cup, Abramovich was in an appreciative audience as Putin spoke. Putin referenced him from the stage.

It used to be argued that Abramovich identified more as Jewish than Russian — in recent years, however, it would appear the Motherland has claimed her son back.

So Abramovich’s actions have not been supported by words. There was a growing feeling in Parliament that in order to remain free of the sanctions imposed on other oligarchs, Chelsea’s owner would have to make clear his opposition to Putin’s war.

This is the path he has chosen instead. A rearrangement of the furniture, redressing the window with new clothes on the dummies.

Chelsea put out a 24-word statement on Sunday condemning war, almost to fill the void of Abramovich’s silence. 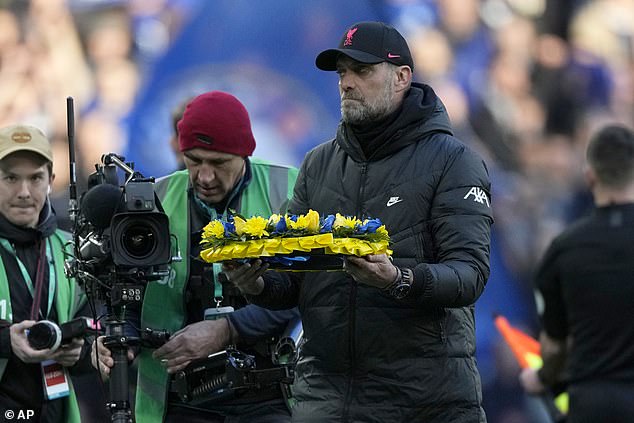 Equally, who seriously believes the trustees have the power? Emma Hayes and Sir Hugh Robertson do not get to decide on the future of Romelu Lukaku, or whether Tuchel has had a good season.

Abramovich will continue to fund Chelsea — a loophole that makes a mockery of the restructure, really — and one imagines, can still call the shots through Granovskaia if he is particularly vexed by an issue.

Saturday’s announcement, however, shows he is not immune to consequence. There is a legitimate fear that assets might be seized and it may also be a concern that UEFA, if they ever locates their spine, could make the moral decision to exclude Russian clubs, and those owned by oligarchs, from their tournaments.

If, as is argued, Chelsea’s success is just more Russian soft power, then it is not unthinkable that the power could be taken away. Placing the trustees in charge would make such an extreme sanction harder to enforce. Certainly, it seems a strategy calculated in legal chambers.

Equally, it is an attempt to detoxify Chelsea’s brand. Just as Russia has swiftly become a pariah nation with this attack, so businesses and business people associated with Putin can expect to suffer. 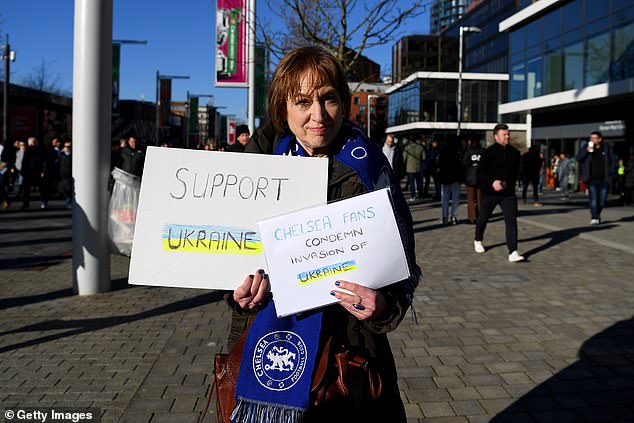 Bundesliga club Schalke quickly ditched their sponsor Gazprom while Manchester United did the same with Russian airline Aeroflot. Chelsea have the problem in reverse. With Abramovich the figurehead, it could be sponsors no longer wish to be associated with them.

Vitality ditched West Ham because one of the players kicked a cat. And they can stand proudly beside Abramovich and, by proxy, Putin as he brings death and suffering to Ukraine? How could any of these companies tolerate this association as war continues and civilian casualties mount?

Which side is he on? The longer he chooses not to answer, the more we believe we know.

The longer he goes without picking a side, the more the identity of that side is obvious and the worse it is for his football club. If ‘no one likes us, we don’t care’ was as powerful a tool as is made out, Millwall would not be in the Championship. 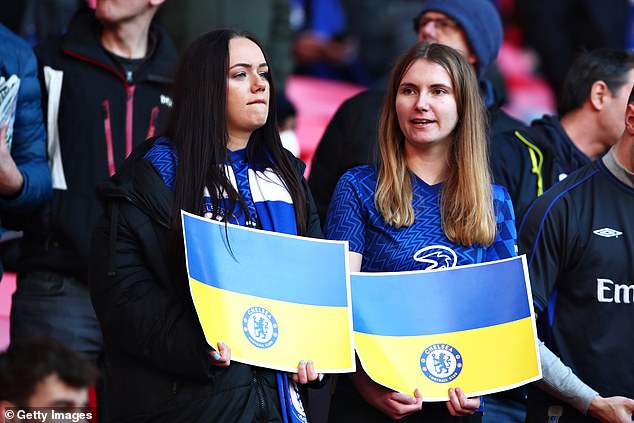 It is not just the backlash from outside that is concerning. There seemed a certain weariness, perhaps uncertainty, in Tuchel as he spoke of the toll the war in Ukraine had already taken on his club.

He is an urbane, modern-thinking German, a native of a country that knows only too well the historic consequence of indulging unchecked aggression.

He cannot be comfortable with the silence from above. Nor can some of his players, who have recently found a political voice. Robert Lewandowski came out in support of Poland’s refusal to play Russia in a World Cup qualifier. How could he do that and then sign for Chelsea?

The way individuals, nations, politicians and sporting institutions react to this crisis will be judged. Do not think the United Arab Emirates’ decision to abstain on the United Nations vote condemning the invasion of Ukraine does not reflect poorly on Manchester City.

State-sponsored football clubs cannot accept the financial benefits, but then affect distance from the politics. It is noticeable Saudi Arabia have made no comment condemning Russia, followers of Newcastle should note. 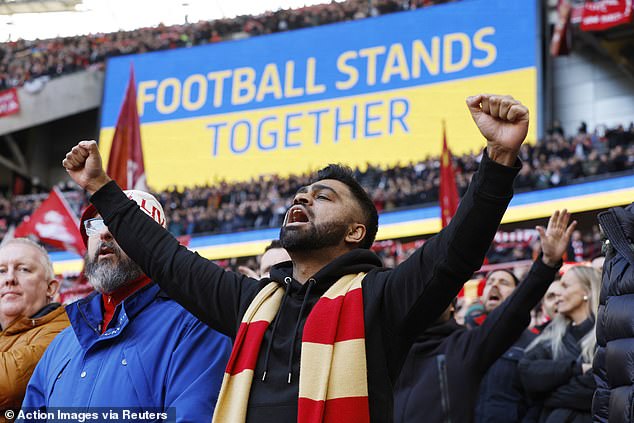 And while Chelsea have escaped the accusation of being state-run — Abramovich sued over the claim he was ordered to buy Chelsea by Putin and won — the longer the owner keeps his counsel, the harder it becomes to divorce his stewardship from that of the man who has unleashed hell in Ukraine.

Many of Chelsea’s supporters will not see it this way. They will remember only the good times and Abramovich has, undoubtedly, been a good and successful custodian. They will back him, as they know he backed their club.

For the rest, however, the question remains — which side is he on? The longer he chooses not to answer, the more we believe we know.