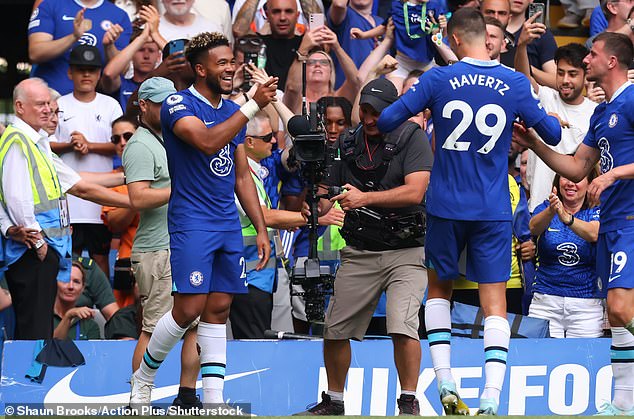 The problem with the proposal for a Premier League Drive To Survive is very simple. It’s small-time.

Small thinking, small in its imagination, it’s only a big idea in the minds of people with no thought for how truly gargantuan football could be.

Why does football need Netflix anyway? Why does it need Sky, for that matter, or any streaming service to air its product? Why can’t it go it alone? Show its own product, on its own network, with its own subscribers, and make its own Drive To Survive to accompany that.

Football does not need Netflix, Sky or any other streaming service to air its in-demand product

The talent is out there. Producers, runners, directors, commentators, pundits — they just work for other broadcasters. The funds TV puts into football around the world, however, shows where the money is being made.

Yet the Premier League continues to reach its global audience through third parties. It seems such an intellectual and commercial compromise, for an industry that is so bold about its economic success.

The EFL owners begrudge that so much of football’s money is focused on 20 clubs. The Premier League owners ask why they should share their profits with clubs looking to take their place, or with businesses that have unsustainable financial models.

And nobody ever asks why the rest of English football — the 72 — shouldn’t be required to earn any dividend? Why they couldn’t be brought inside the Premier League’s streamed TV future, creating content of their own to help advance the product?

That’s what a Premier League TV channel would need: content. And 20 clubs cannot provide it, all day, every day. There just aren’t enough games, not enough shows, even if all EFL matches are made available, too. 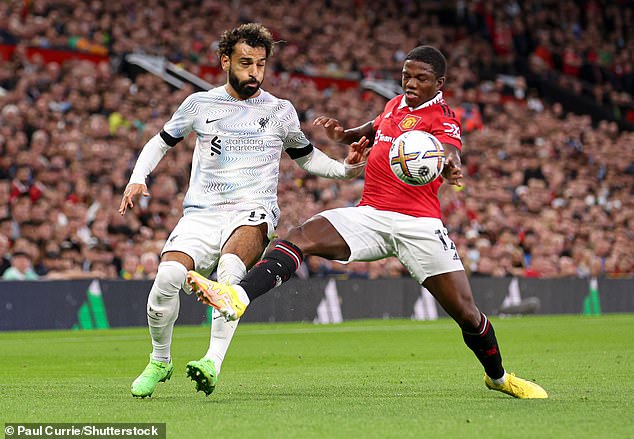 Drive To Survive is 40 episodes of between 27 and 51 minutes in length. That’s not a lot of airtime. But there are stories outside the Premier League. Great stories.

Last season, you might have watched a programme on Wayne Rooney’s struggles as the manager of Derby; or Nottingham Forest’s bid to return to the Premier League.

Further down, the striving of huge clubs such as Sheffield Wednesday or Sunderland to escape League One, the unlikely rise of Forest Green Rovers from League Two, the sorry demise of Oldham, the first former Premier League club to drop out of the league, would all make very watchable shows.

And this is before we delve into the realms of personality. Joey Barton, Steve Evans, Mark Hughes, Vincent Kompany, Paul Ince — it isn’t just in the Premier League where high-profile managers have back stories and opinions. Players, too: of the current Wales squad preparing to go to the World Cup, 14 play their football in the EFL. And where we know so much about the stars of the Premier League, lower down there are revelations.

What to call this arm of the product, the EFL’s Drive To Survive? How about The Pyramid? There could even be different streaming packages, governing levels of access; or one size fits all. Establishing the correct pricing would be crucial.

Yet football sells on live games, so getting that right has to be the priority. Imagine a station where every Premier League game is live, either streamed behind a red button, or staggered across four days. 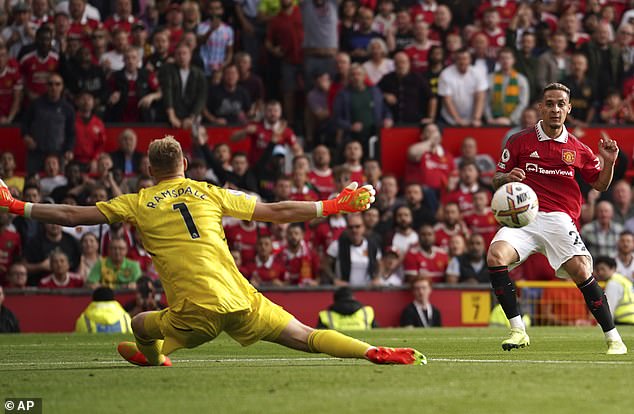 Imagine every Premier League game is live, either behind a red button or across four days

Instead of subscribing to NBC or BeIN Sports, football would be in house. Modern clubs try to control their product like media organisations anyway. They are just playing at it, compared to how serious they could be. The EFL would be the support act, its games on demand.

It is a giant, complex exercise; but so was forming the Premier League. And unlike a breakaway league that leaves a strata of the game behind, this would see football divorcing only from its media partners. In time, who knows? Could Premier League TV acquire the rights to the Champions League, even the World Cup?

It would take billions. But football has got billions. It already pays billions in transfer fees and wages. And it does this because of the incredible broadcast and commercial revenue coming into the game. So how much must the broadcasters be making to afford that? And why does football maintain this buffer?

Surely, the next stage in its evolution is to fully own what it sells? That’s how everybody survives.

Emma should take a leaf out of Fed’s book

Roger Federer never quit once in 24 years and 1,526 matches.

This is not to say Raducanu’s various problems aren’t real; but if she’s going to be competitive beyond her teenage years, she has got to find a better way of handling them. 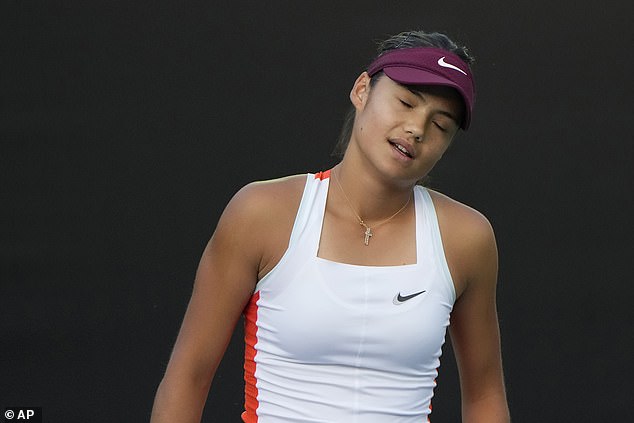 Everyone is worried about what Todd Boehly could do to English football.

Given the government only has 108 billion of reserves in dollars, if it decides to support our falling currency, and Boehly’s hedge fund mates choose to take us on, forget football, he could put the entire country into the sea by Friday.

Yet whose fault is it if Alexander-Arnold remains one dimensional?

He is, arguably, the best technical footballer of them all. The most insightful passer. Quick and athletic. Dangerous with a dead ball.

If defending is his weakness, why hasn’t more effort been made to see if he can be converted to midfield? It is not exactly an area in which England are overstocked. Alexander-Arnold, Declan Rice and Jude Bellingham might constitute a resilient and creative three.

Alexander-Arnold might get caught out deeper, but in midfield he at least has a safety net and his passing could be utilised farther forward.

Gareth Southgate did try him there, at home to Andorra, in September last year. Alexander-Arnold struggled to find space in a crowded midfield against a team with no ambition beyond 10-man defence, and the experiment was abandoned at half-time.

‘Finding yourself in those positions is different to coming on to the ball,’ said Southgate. But space opens up in the second half. Why not keep him there at least until Andorra tired? 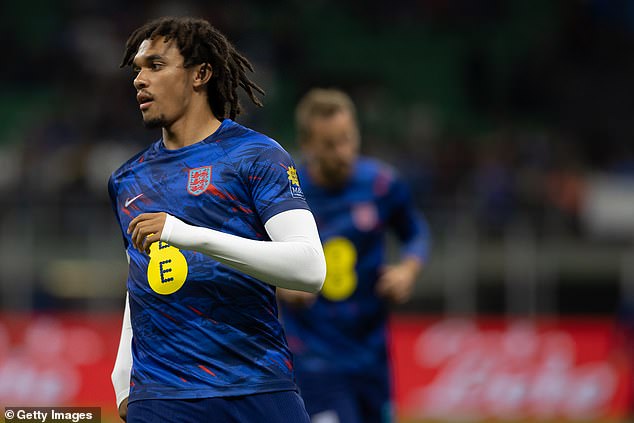 An underwhelming 1-0 at half-time became 4-0 by the final whistle, with three goals scored in the last 18 minutes.

Might Alexander-Arnold have found space and felt comfortable by then?

‘Why make the best right back in the world a midfielder?’ asked Jurgen Klopp.

Indeed, judging by his exclusion from Monday night’s squad against Germany, Southgate doesn’t even rate Alexander-Arnold among the three best right backs in England. Unless fortune intervenes, he is not going to the World Cup.

It seems a terrible waste. Alexander-Arnold has in the past seconded Southgate’s position, saying entering midfield areas feels natural, rather than occupying midfield as a starting position.

Maybe he needed more than 45 minutes to achieve familiarity with the role. Maybe he needed coaching. And don’t forget, from midfield, a player can still enter forward areas — and they are a lot more dangerous for being near the opposition goal.

Meanwhile, Germany’s midfield playmaker — the creative role Southgate says England sorely lack — is Joshua Kimmich. You may remember him as a right back.

Neville’s Qatar film is too little, too late

Following on from the armband of protest so meaningful that Wales left theirs in a dressing room in Belgium, Gary Neville has visited Qatar — with a TV crew in tow, naturally — and it turns out it’s not a nice place.

Of course with the World Cup less than two months away and its presence there now sadly unavoidable, these interventions are without purpose. It’s happening. People have died. People have lived in horrid, cruel, inhospitable conditions for many years. And football did the bare minimum to stop that.

The blame falls on FIFA, rightly. Yet Qatar was awarded the World Cup almost 12 years ago. The brutality could have been stopped had more of those with influence stood against it earlier: nations, federations, even players. 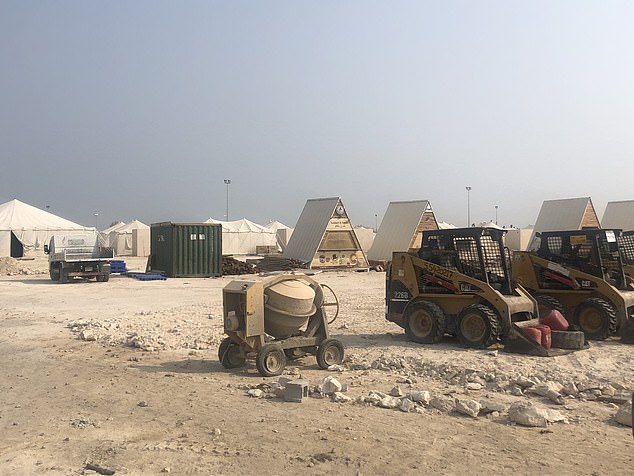 Gary Neville’s film on Qatar living conditions for migrant workers has come too little, too late

The club captain of Manchester United at the time, for instance, was a prominent figure with a strong voice and authority among his fellow professionals. Such a person could have started a movement in this country, that could have spread.

If England and English footballers had acted, with so much influence in a cosmopolitan league, other nations and their players might also have got involved.

Who knows what such a reaction could have achieved? It’s too late now. Leave that thought with you.

England’s women got lucky against India. The controversy over the Mankad dismissal of Charlie Dean to win the final one-day match overshadowed the fact that the hosts had lost 3-0 to a nation whose women’s cricket team were described as ‘fledgling professional’ by the Federation of International Cricketers’ Associations as recently as 2020.

England are streets ahead in terms of investment and development by the ECB and the series result was considerably more shocking than Deepti Sharma’s use of the Mankad to mop up the final wicket. 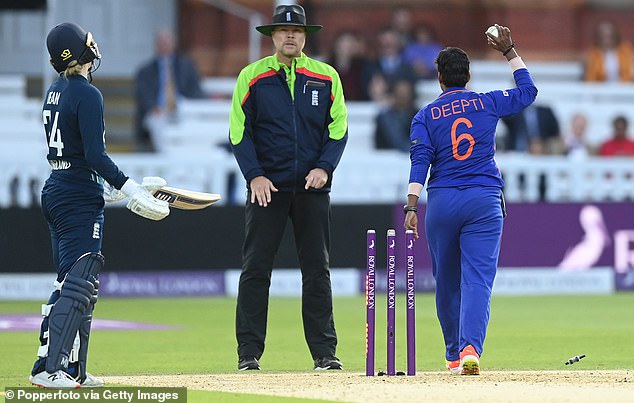 See also  Manchester United: Anthony Martial wants out so is it Sevilla, Barcelona or Juventus?

There was a lot of excitement, initially, about the prospect of Tyson Fury fighting Anthony Joshua in December, not least in media circles.

Would reporters be called home from the World Cup in Qatar? What would be the bigger story — the fight, or England in a last-16 game that weekend?

This has now given way to a feeling of ennui, as what seemed to be one of the quickest match-ups in boxing history gave way to a predictable round of negotiations, threats and counter-threats, false deadlines and the increasing likelihood that Fury will fight Mahmoud Charr of Germany instead.

If anyone wishes to know why the UFC is gaining ground so swiftly, it is because boxing increasingly thinks the machinations of the money men are as fascinating as the fight. 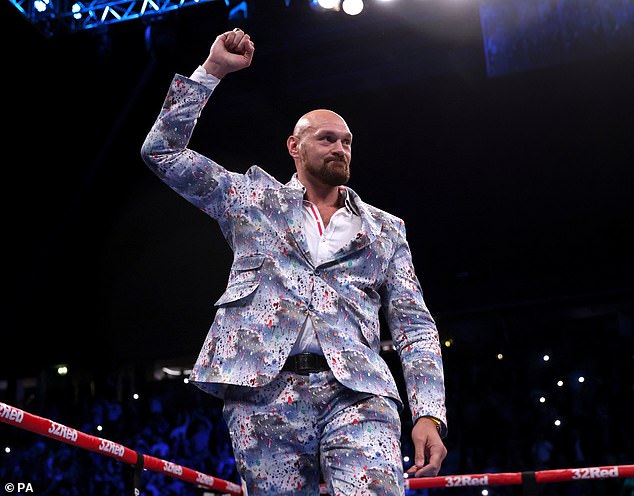 If the Glazers were doing a good job at Manchester United, their £23million dividend from the 2021-22 season would barely register. That’s less than half of what was spent on Aaron Wan-Bissaka.

Had they secured titles or tasted glory last season, it would not be resented. But United came sixth while accruing the highest wage bill in Premier League history.

It is a grotesque distortion of what the family’s services merit — in the circumstances, £1m of it would have been too much. 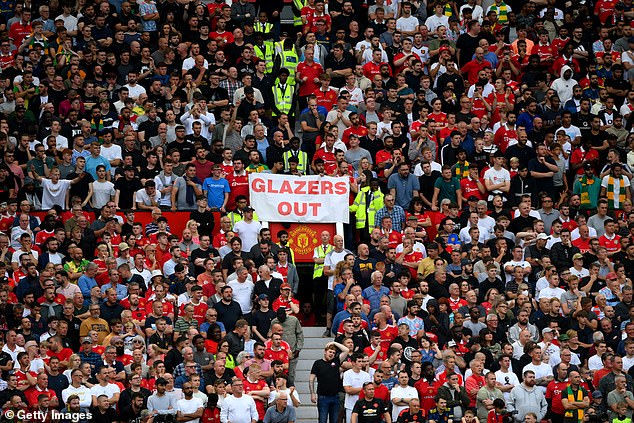 Regulator would support the Saudis

Further proof arrives that far from blocking the Saudi Arabian takeover at Newcastle, a government regulator might actually have facilitated it.

A freedom of information request has revealed that Lord Grimstone, then-Minister for Investment, tried to find ‘a way forward’ for the stalled deal, having contacted Premier League chairman Gary Hoffman in August 2020.

You think a regulator would have put the kibosh on that? Get real.

Thomas Tuchel lives in Surrey, where his daughters go to school. Having arrived on a Governing Body Endorsement visa in January 2021, Tuchel now has 90 days from his dismissal by Chelsea to leave, which equates to December 6.

School won’t even have broken up by then. Given the volatile nature of management, this seems very harsh. Surely a compromise can be reached, or have we abandoned rational decency in this country? 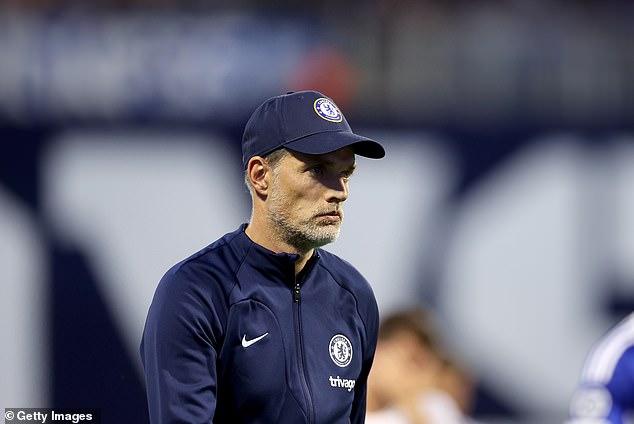 It’s not all doom and gloom for England

Ironically, were England in any sort of form, the World Cup pathway would appear uncomplicated.

Group opponents Wales have just been relegated from the top tier of the Nations League, while the Netherlands appear in reasonable form so should be avoided in the round of 16.

This leaves France in the quarter-finals, who have just finished third behind Croatia and Denmark, narrowly avoiding relegation.

We should be optimistic. Instead, it feels as if we’ve lost 50 dollars and found 49 quid.