Maria Sakkari is one of the best women’s tennis players in the world. That has been clear for a couple of years during her slow-burning 20s as, bit by bit, she steadily rose up the rankings and established herself at the top of the game. This week in Guadalajara, as she contests the WTA Finals as one of the elite eight, it is a simple fact.

And yet, for the majority of her tennis career, that has not been the case. Although she and Stefanos Tsitsipas have become the first two top-10-ranked Greek tennis players, their success belies the fact that they have done so without the guidance, expertise or financial heft of a federation.

“I was lucky to have parents like my parents because they invested a lot and I had zero support from federations or sponsors,” says Sakkari, whose mother, Angeliki Kanellopoulou, was once ranked No 43 in the world. “My father paid so much for me to play tennis and I’m very grateful for what he has done and they have both done in order for me to achieve my goals.”

A result of treading her own path without outside help is that it has been uncommonly long. Sakkari, now 26, was unremarkable as a junior player, reaching a career high of only 203. When she decided to pursue her career as a professional, she initially gave herself two years just to see how things would go. If she didn’t succeed, she already had an alternative route in mind: “I was thinking of maybe going to college or studying something in Greece.”

In time she eventually transitioned to the ITF pro circuit, the lowest rungs of professional tennis, and she would see many of the far more successful junior players, with all of their sponsors and hype, also trying to reach the top of the game: “They were so far away,” she says. “They were so much better. I could clearly see that they were another level.”

Looking back to those days and seeing how she has overtaken some of them is an understandable source of satisfaction for Sakkari. She cites Aryna Sabalenka, career high junior ranking of 225, as another player who defied convention: “Seeing these players now, I don’t want to sound arrogant, but at the moment being the better player than some of them, it proves … you can tell many juniors that you don’t have to be a top junior to make it to the top.”

The progress from there was slow but constant. At 18 in 2013, she moved from Greece to Barcelona by herself which “made me realise that I have to live my own life, just take my decisions for myself”. She made her grand slam debut aged 20 at the 2015 US Open, qualifying at her first attempt. After building her game with Thomas Johansson, the 2002 Australian Open champion, she settled on a 23-year-old British former hitting partner called Tom Hill as her coach in 2018. She reached the top 20 only last year.

Tennis players often dip into the same pool of inexperienced coaches who move from one camp to the next, but her unusual choice has turned out to be an inspired one. Sakkari and Hill are the same age and they have grown and improved together, with both determined to test each other’s limits on the court and then enjoy themselves away from it: “It’s nice to have someone your age who really understands you and really supports your decisions,” she says.

Although her improvements have been constant, this year has been her true breakthrough. Sakkari has always been chiselled and strong, such a supreme athlete that during lockdown she considered competing in the Greek national athletics championships with her 100m personal best of 12.7 (without spikes) just to amuse herself, and she plays an extremely physical style. But now she uses her athleticism in order to play more attacking tennis. Most notably, her serve has dramatically transformed from a decent but inconsistent delivery to her defining weapon.

Still, Sakkari says her mental transformation, and her management of the “negative thoughts”, has been her biggest change. “Being deadly honest, I’m working with a specialist,” she says. “I’m not hiding it from anyone. It’s probably one of the best gifts I’ve ever given to myself because that improved me as a person and it improved me as a player as well. It’s the best thing in that part of my career, it was my turning point and it definitely was one thing that I will never regret.”

All of that mental work was particularly tested at the French Open when she reached her first slam semi-final and held match point before a heartbreaking loss to Barbora Krejcikova. Shortly after the most crushing defeat of her life, she delivered one of the most memorable press conferences of the year: “I have to be deadly honest,” she said. “I got stressed, starting thinking that I’m a point away from being in the final. I guess it’s a rookie mistake.” She concluded if she was in that position again then she would know what to do.

“It was clearly a tough loss in Paris,” she says. “It really disappointed me because I could see I was one point away from making the final. That took me a little bit of time to get back on track.”

For some players, it would have taken a lot of time to get back on track. Instead, she worked with her psychologist, she found her way by the end of summer and she reached a second slam semi-final, at the US Open, beating three top 10 seeds in a row, but losing to Emma Raducanu. She showed she could achieve a run of big results that would eventually secure her a spot in the WTA Finals. “I knew that I could do it but I told myself that I’m capable of doing it [this year],” she says. “It came this year, which is great.”

On Thursday, Sakkari, the fourth seed, contested her first match in Mexico, outplaying Iga Swiatek 6-2, 6-4. Proof of her improved first serve came with her winning 26 out of 27 points on it in the whole match.

With every year of her career since her professional journey began in 2011, Sakkari has improved her ranking and she has gradually risen to the top of the sport. Now that she is there, she only wants more. 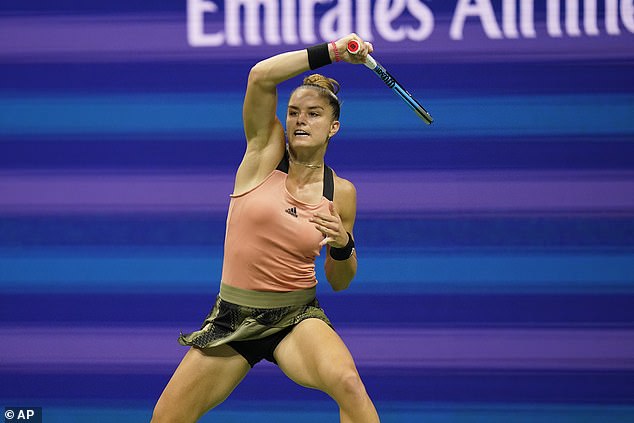 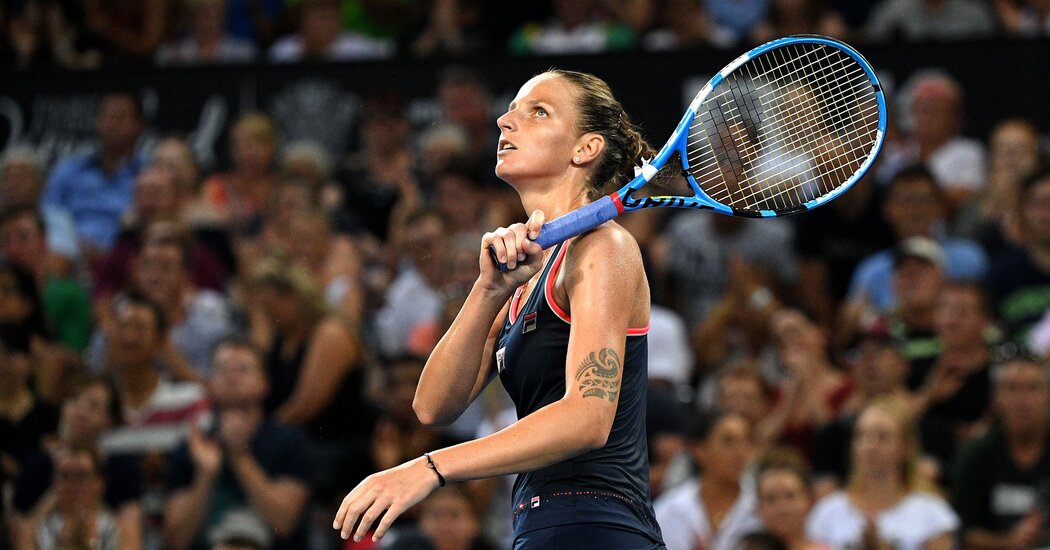