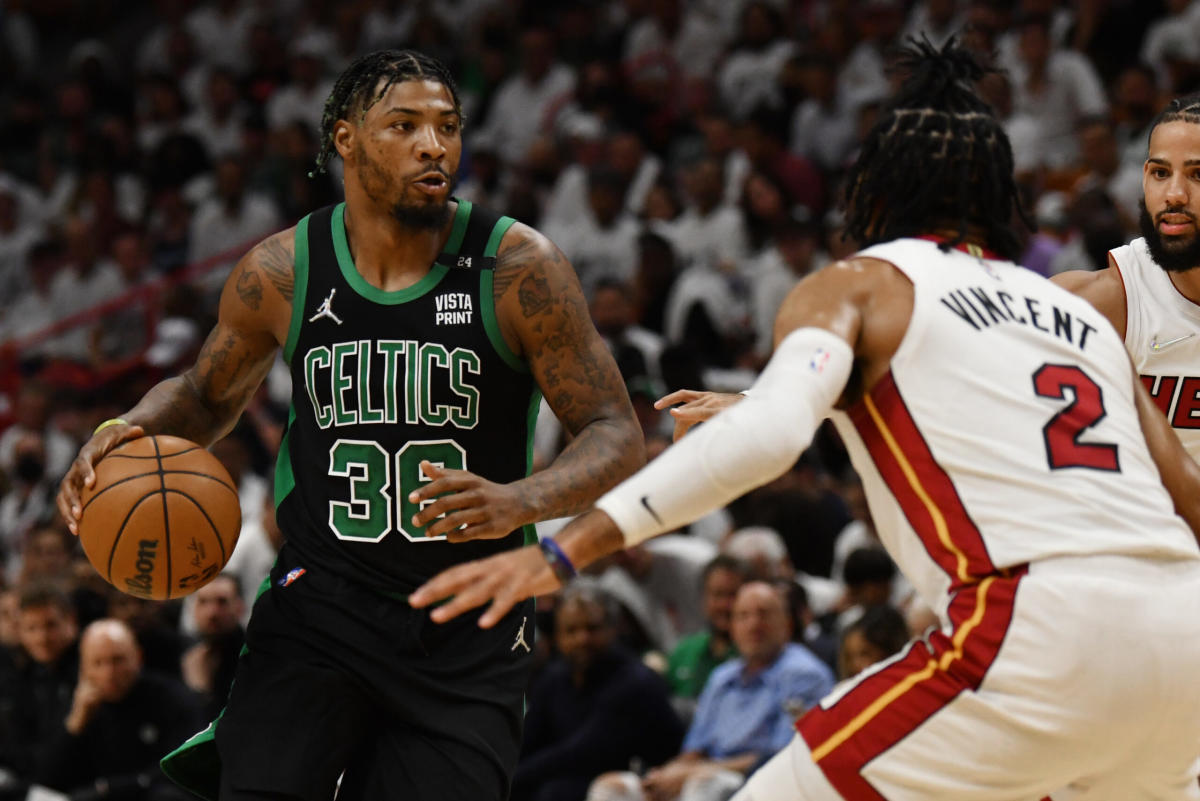 For veteran Boston Celtics point guard Marcus Smart, the team’s 2022 Eastern Conference Finals battles against the Miami Heat aren’t as distant as they might be for many fans of the Celtics, and his expectations about how Miami will play Boston in the two teams’ first meeting since Boston sent the Heat fishing last postseason.

“They are going to come out very physical,” explained Smart after practice on Friday via CLNS. “(They will) try to impose their will, and try to do things that will help them win the games against us that they won last year; that’s trying to come out, up the pressure, turn us over.”

“I’ll be able to stop that, and also pinch out to the 3-point shooters; they are shooting the ball very well — it’s really hard for anyone to beat them,” added the Flower Mound native.

“We just have to be very, very oriented to the detail that we have tonight and not let them throw the first punch,” suggested Smart.

A Boston Celtics-Los Angeles Clippers NBA Finals? Per one analyst, it could be on the way

Why didn’t Boston’s Grant Williams get an extension done with the Celtics?

Wyc Grousbeck is running the Boston Celtics like a fan

Celtics Lab 148: Getting to know Paolo Banchero and other high-impact 2022-23 rookies with Cody Taylor