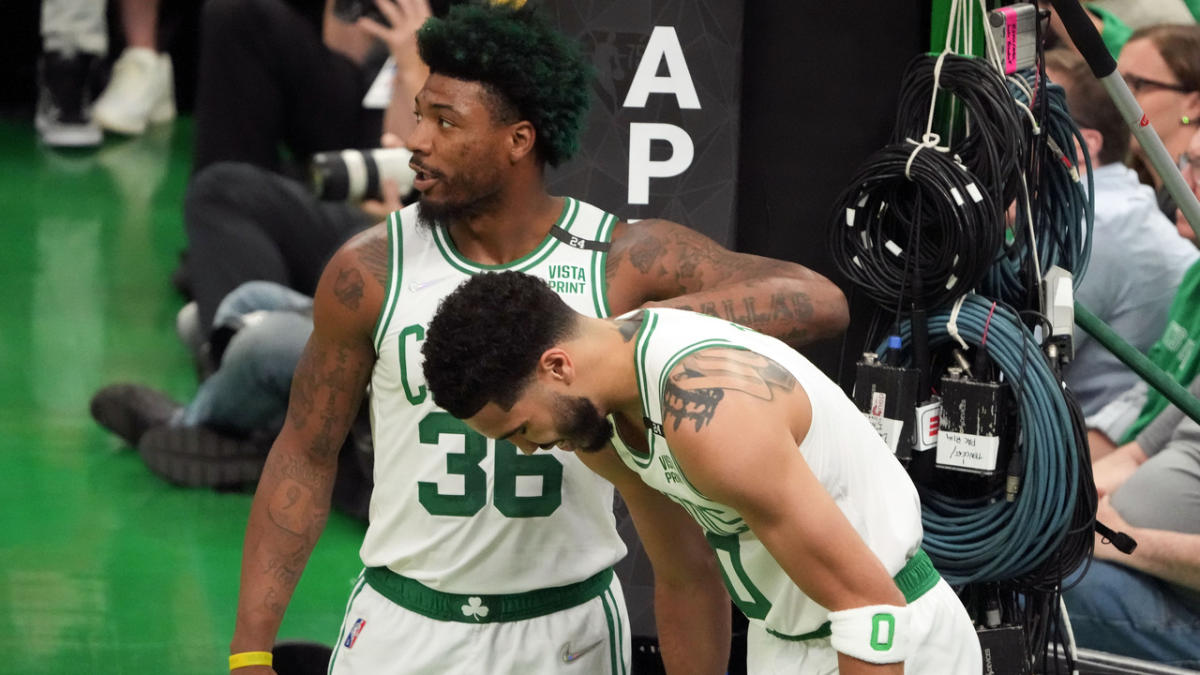 The Boston Celtics greatly exceeded expectations last season, surging to the NBA Finals after floundering around .500 until January.

But because they didn’t end the season as champions, Marcus Smart has still spent time wondering why they fell short to the Golden State Warriors in six games.

Smart’s answer: a lack of depth that placed too much of a burden on the starters to carry the team down the stretch and into the postseason.

Celtics Talk: No Carmelo interest for the Celtics? Mark Murphy looks ahead to upcoming season & back on his career | Listen & Subscribe | Watch on YouTube

“I think depth was one of the big things that hurt us,” Smart told The Athletic’s Jared Weiss. “You had me, Jayson (Tatum), Jaylen (Brown) and our starters playing, clawing (up the standings) and we did it to ourselves.”

Boston’s starters indeed carried a heavy load last season, with the bench contributing just 28.5 points per game during the regular season (26th in the NBA). Tatum, who ranked fourth in the NBA in total minutes in 2021-22, looked fatigued at times during the Finals and also was battling a wrist injury.

See also  Grant Williams promised no easy looks for Kevin Durant, and he meant it

Celtics president of basketball operations Brad Stevens made a concerted effort to bolster Boston’s depth this offseason by trading for point guard Malcolm Brogdon and signing big man Danilo Gallinari. While Gallinari is expected to miss most or all of the season due to a torn ACL, Smart believes this new roster is better-equipped to run the marathon that is the NBA season.

“We put ourselves in that situation early on (last season), having to fight back through injuries and stuff,” Smart said. “Being able to have that depth of guys who are experienced and understand the game such as Gallo and Brogdon definitely will help us with that.”

Gallinari’s injury will test the Celtics’ depth right off the bat. The team appears unlikely to sign veteran free agent Carmelo Anthony and may see what it has in internal options like Sam Hauser or Mfiondu Kabengele. The Eastern Conference also should be more competitive with Donovan Mitchell joining an upstart Cleveland Cavaliers squad.

The C’s were a juggernaut after last season’s All-Star break, however, and if they can start this season by playing the way they did down the stretch, they’ll be in great shape.