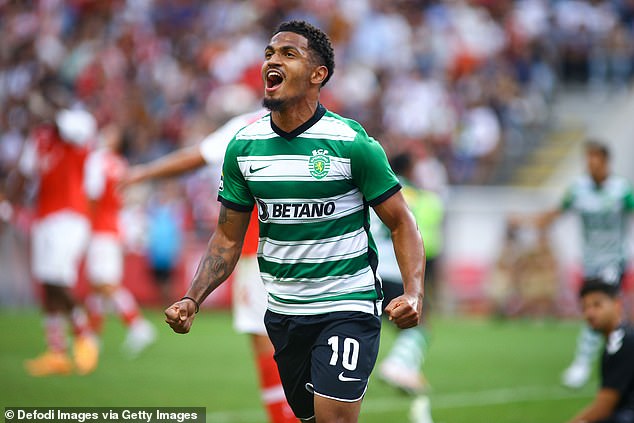 Tottenham could receive a £26million sell-on fee if former player Marcus Edwards gets his wish by returning to the Premier League in the future.

The 23-year-old produced a man-of-the-match performance for Sporting Lisbon in a 2-0 victory over Spurs in the Champions League.

After the match, Edwards said he would like to return to England one day – while reports have suggested Tottenham could land a £26million sell-on fee if a club pays Sporting’s £52m release clause.

Edwards told BT Sport: ‘It feels great and I think we deserved it. We showed how we can play.

‘I wouldn’t say extra special, but it was a special feeling to play against Spurs. It was good to see people I know – players and coaching staff.

‘I stayed the same. Focus was the same. It’s a proper family environment here and I couldn’t be happier. 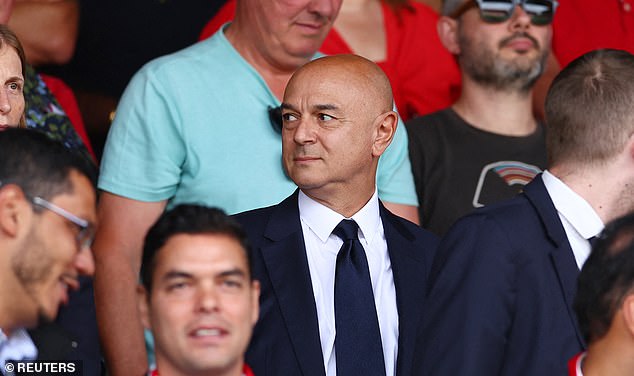 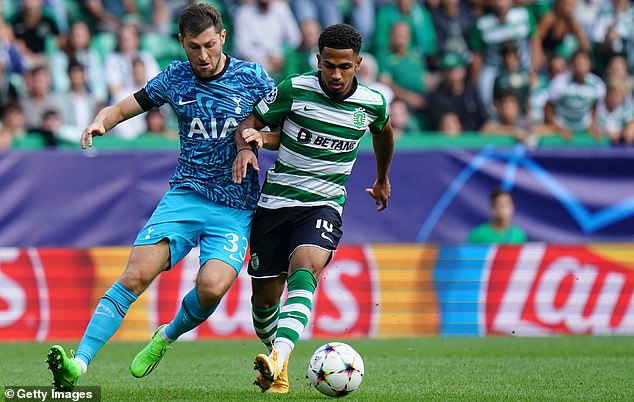 ‘It’s home, so of course I want to come back there [to the Premier League] one day. I just focus on what I’m doing here for now.’

Edwards’ comments come as the Telegraph have reported that Spurs transferred the 50 per cent sell-on clause they negotiated as part of Edwards’ move to Vitoria Guimaraes over to his new contract with Sporting.

The player who has been nicknamed the ‘Mini Messi,’ came through the club’s youth academy before joining Vitoria Guimaraes in 2019 on a free transfer, in return for a 50 per cent sell-on fee.

Sporting paid almost £9m to sign the 23-year-old from Vitoria in 2019 and agreed to Tottenham transferring his 50 per cent sell-on clause, rather than putting the deal at risk and the English club pocketing just £4.5m from that transfer. 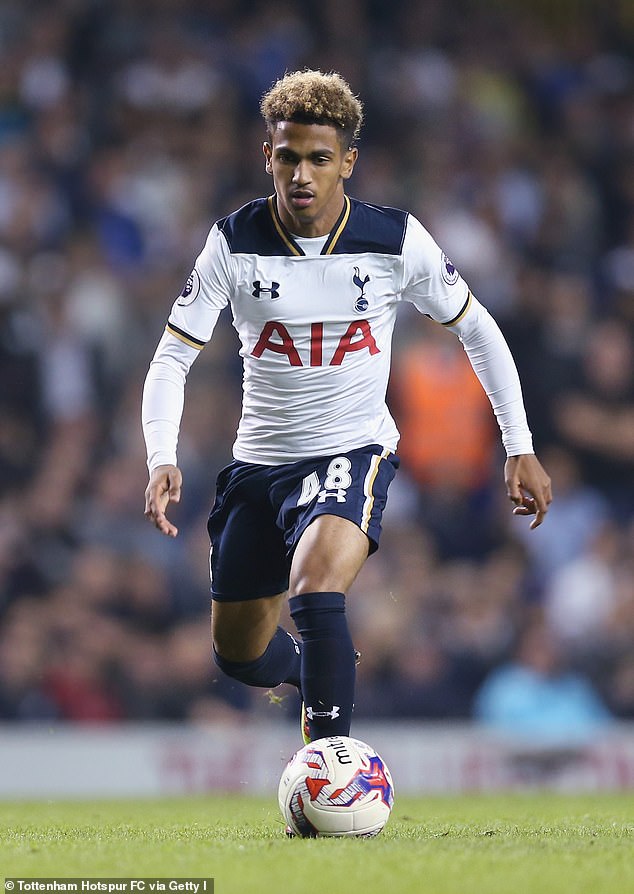 Edwards joined Sporting in January on a contract that runs until 2026 and contains a release clause worth just under £52 million, which means Spurs could one day bank half of that fee.

It could prove to be a masterstroke for Spurs, with Edwards scoring three goals and providing as many assists so far this season, and nearly scored one of the tournament’s best ever goals against his old club on Wednesday.

Sporting are now top of their group thanks to their 2-0 victory over Tottenham, thanks to late goals from substitutes Paulinho and Arthur Gomes.