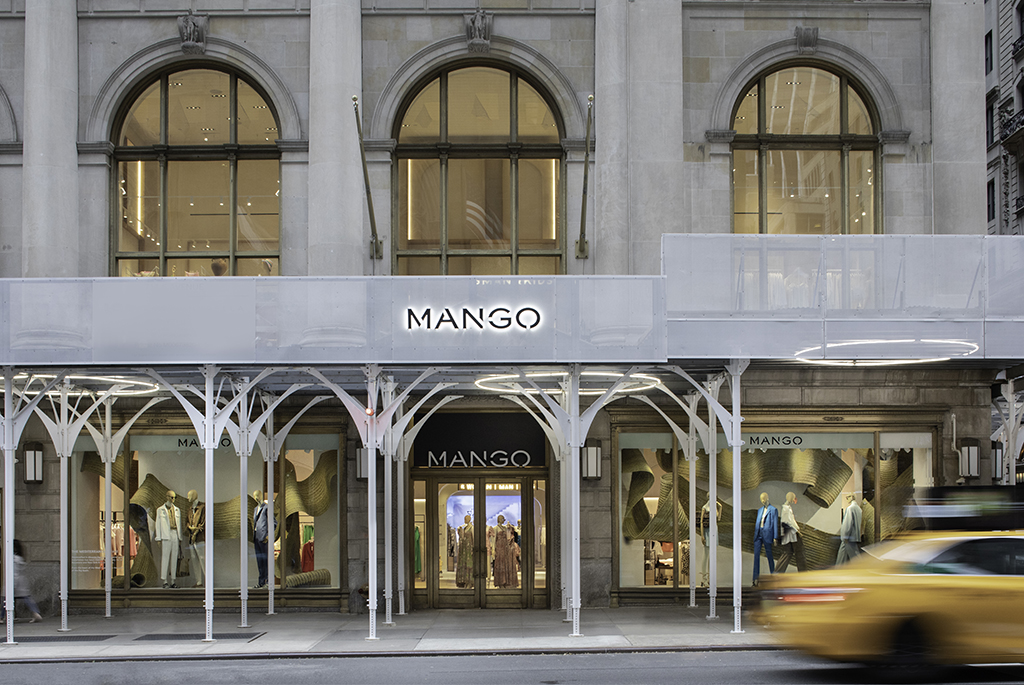 Mango has opened the doors to its new 23,000 square-foot flagship in New York City as the Spanish fashion retailer banks on big business in the U.S.

The flagship, located at 711 Fifth Avenue in what was once the short-lived home to Polo Ralph Lauren, is the first of many planned openings throughout the next three years as Mango executes its store expansion strategy throughout the country as it aims to make the U.S. one of the group’s top five markets in terms of sales by 2024.

After making its debut in the States in 2006, executives from the Barcelona-based company said in a press conference on Wednesday morning that Mango is ready to invest in its U.S. business after several years of testing the market online through its own e-commerce channel and a 2019 deal with Macy’s to accelerate the firm’s online growth in the country.

Mango’s global retail director César de Vicente admitted at the press conference that the company’s deal with Macy’s, and its more recent agreements to sell on Nordstrom.com and Zappos.com, has allowed the company to acquire a large amount of consumer data. “These partnerships have given us a huge amount of data on where our customer base is mostly located in America,” Vicente said. “And this has been the foundation of our strategy in terms of expanding the network of Mango stores in America.”

The company first strengthened its commitment to the North American market in late 2017 with the refurbishment of its SoHo store. In 2021, Mango opened four new stores in the country, specifically in the Menlo Park and American Dream shopping centers, both in New Jersey, the Roosevelt Field shopping center in New York, and the Dadeland shopping center in Miami.

As for what’s next, the company plans to open approximately thirty new stores in the next three years, especially in the southern portion of the country, to bring the total to approximately 40 stores by 2024, combining its physical presence in shopping centers with standalone stores.

Mango said it will focus on the state of Florida, where it plans to open between four and five stores in 2022 and 2023 in cities such as Miami, Boca Raton, Orlando, and Tampa.

Specifically in Miami, in July the company will open a new store in Lincoln Road, located in the South Beach neighborhood of the city. Between July and August, Mango will also open two stores in the Aventura Mall and Miami International Mall shopping centers.

In 2023, the company will continue to expand towards the west with the opening of new stores in Atlanta, Arizona (in cities such as Phoenix and Tucson), Texas (Houston and Dallas), Las Vegas, and California, where the target cities for the group include Los Angeles, San Diego and San Jose.

As well as the expansion of physical stores, the group will mainly promote its online activity, based at Mango.com and in marketplaces, the aim being that this will generate 70% of the business generated in the country.

And as for its new Manhattan flagship store, Mango is hoping to outfit the entire family across its three floors, offering the brand’s full spring/summer 2022 range for men, women, and kid’s.

The store, which according to Mango CEO Toni Ruiz, uses 70% of the existing materials left behind from the previous tenant, focuses on a low environmental impact. The brand has kept the existing floors, lighting, and other structural elements previous used by Polo, and has produced interior coverings using biodegradable organic materials. What’s more, Mango has installed “Committed Boxes” near its cashwraps. These containers allow customers to deposit gently-used clothing and footwear to give their garments a second life.

And, interestingly, the retailer has created a collection of NFTs with the artworks of three acclaimed Spanish artists: Joan Miró, Antoni Tàpies and Miquel Barceló in celebration of the opening. The collection of five NFTs will be displayed in the store for the next two weeks and in the Metaverse, specifically at the coordinates 16.78 of the Decentraland Museum District.

Ruiz added: “The opening of this new flagship store is a major step forward in our strategic goals for international expansion and our distribution ecosystem, but above all it is the first step to consolidate our brand presence in the United States, one of the most important markets in the world.”

This opening comes one day after Mango inked a new agreement with Parsons School of Design in order to further develop its roots in the American fashion industry. As part of the partnership, Mango has created a fund of $250,000 to finance the studies and the development of students registered on the university’s MPS Fashion Management Program over the next five years. This course covers areas such as technology, sourcing, marketing, merchandising, entrepreneurship, and new business models adapted to the needs of the industry. 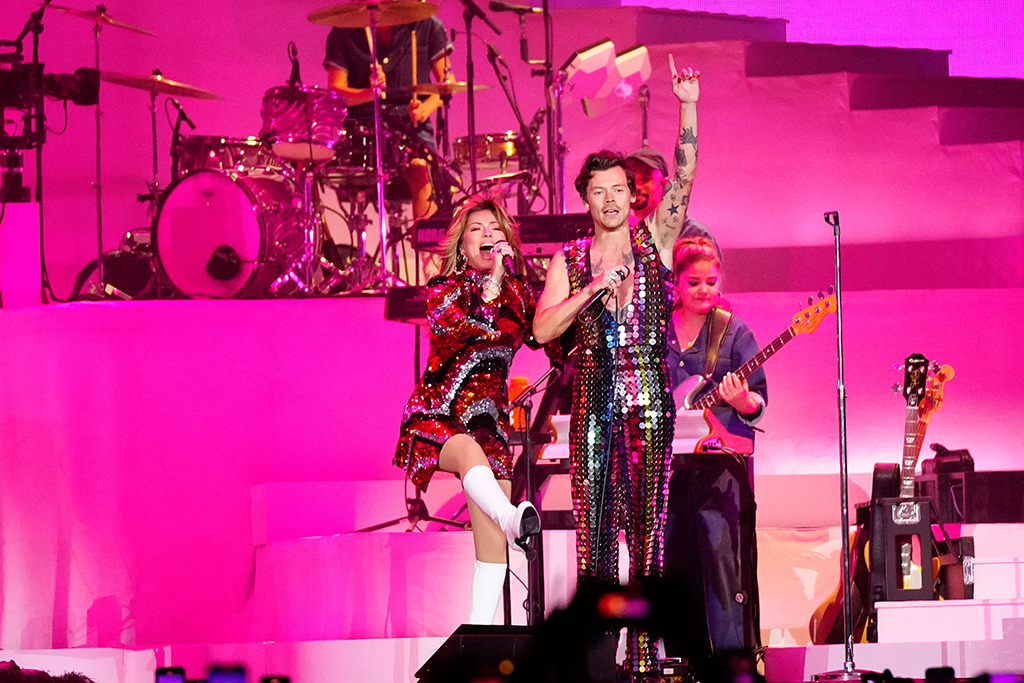 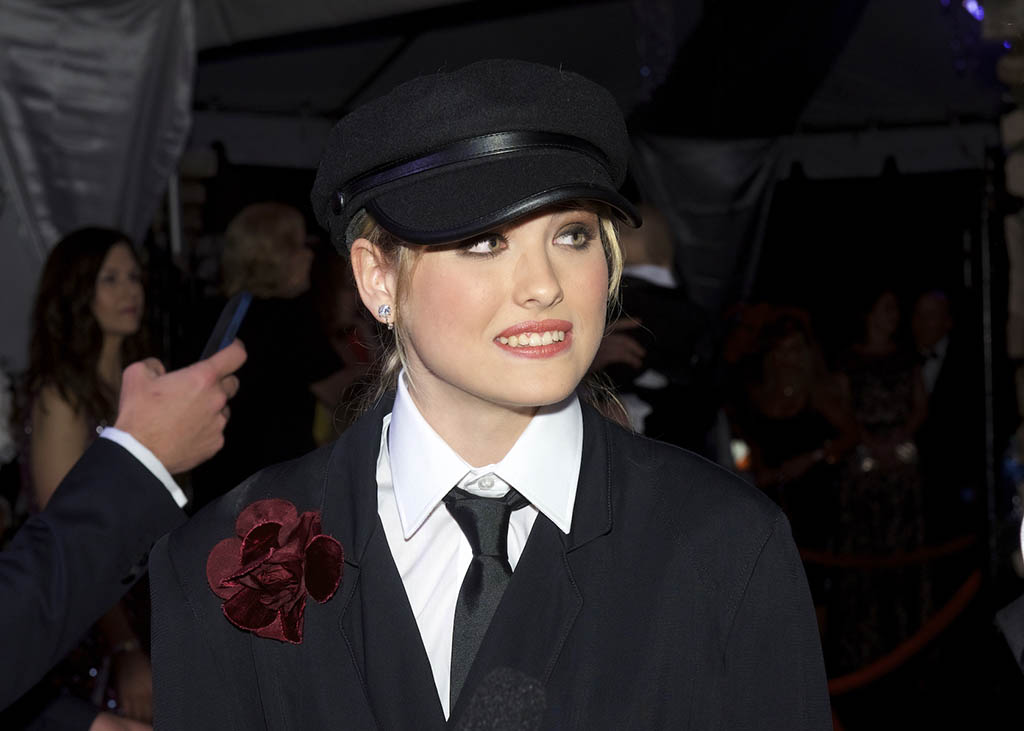 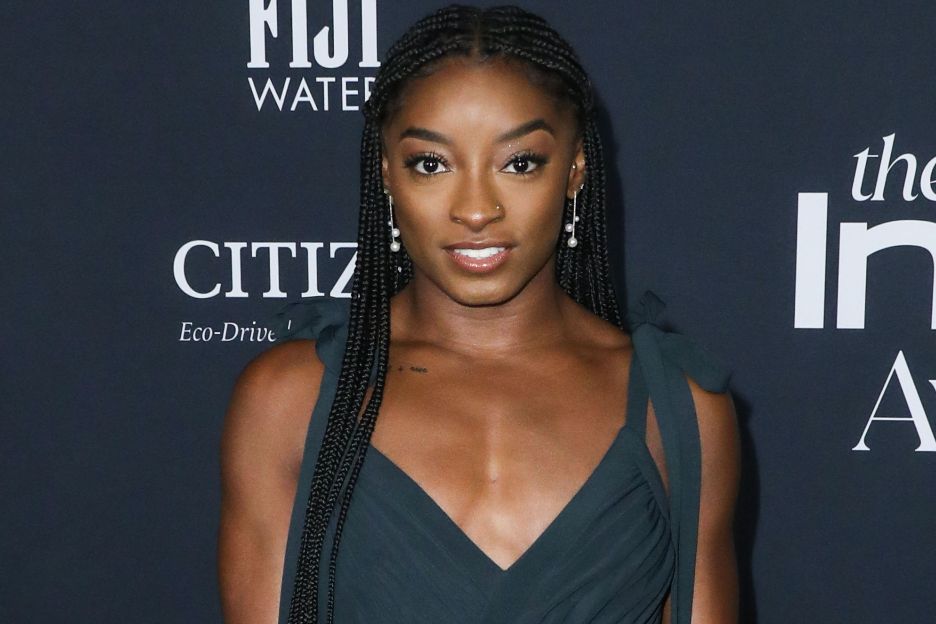 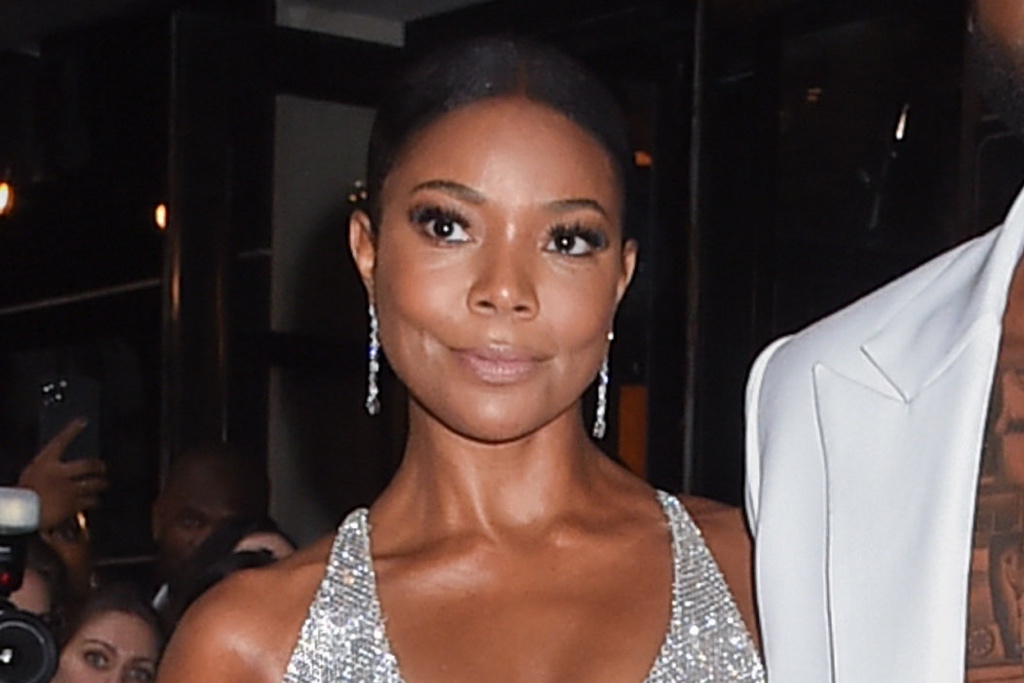