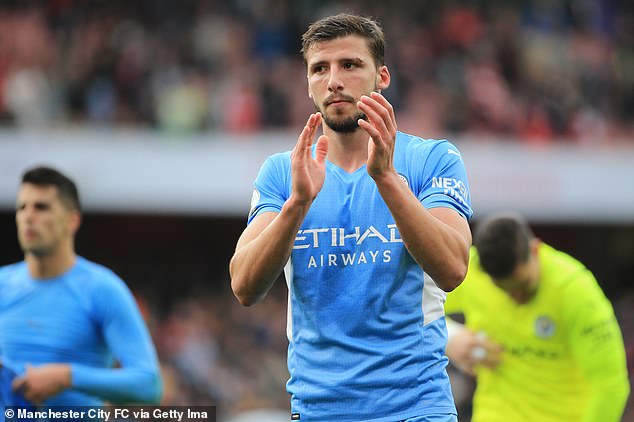 Manchester City have been dealt a title blow with Ruben Dias facing up to six weeks out – starting with Sunday’s derby against Manchester United.

Dias sustained a hamstring injury during Tuesday’s FA Cup victory at Peterborough United and City’s fears were confirmed after tests at the club’s training base.

Pep Guardiola revealed that the 24-year-old, who makes up one-fifth of the team’s leadership group, is set for at least a month on the sidelines.

That raises the prospect of Dias missing a crunch title showdown with Liverpool on April 10 and potentially both legs of a probable Champions League quarter-final.

‘It happens in a season,’ Guardiola said. ‘One season – one of the best players, Kevin [De Bruyne] was out for eight or nine months. I don’t love it, we need him – a lot. Ruben is massively important for us but he is not there. I’m not going to cry.’

John Stones and Aymeric Laporte will be paired together in the absence of Dias. Nathan Ake is also struggling for fitness.

‘We have just two central defenders – it is what it is,’ Guardiola added. ‘We have 15 players available but we’ve had 15 players in the last months and the people said we were lucky with Covid, you know? We had 14-15 players for I don’t know how many months. 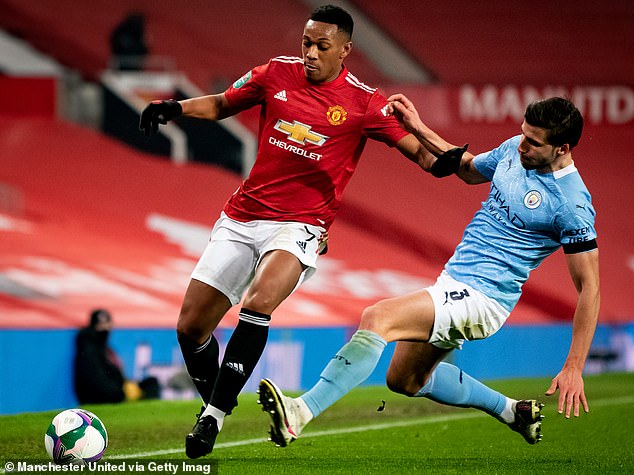 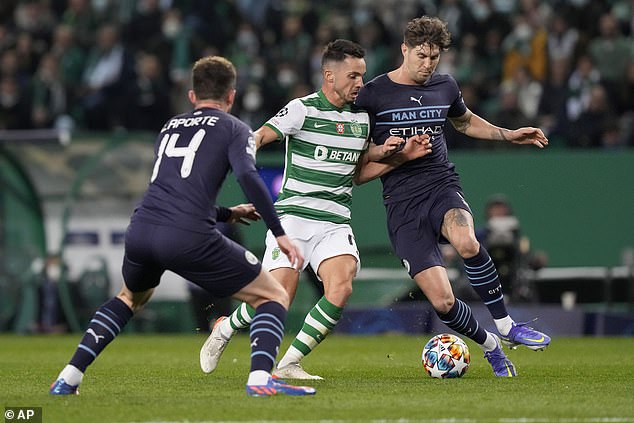 ‘We’re going to fight. We’re going to try to play good. It’s impossible to fight if you don’t play good. We’ll try to make good behaviours, win the game well and hopefully our people can support us as they always do.’

Guardiola also warned of the threat posed by Ralf Rangnick’s United during a low-key build-up to the weekend’s derby at the Etihad Stadium.

The City boss remains vigilant to the threat posed by Cristiano Ronaldo, despite the veteran only managing one goal this calendar year.

‘He’s been one of the greatest in the last 15 years, alongside [Lionel] Messi,’ he said. ‘What these two guys have done, we’re not going to see again. When you achieve these things, under scrutiny every second of your life and today, even more now with social media. 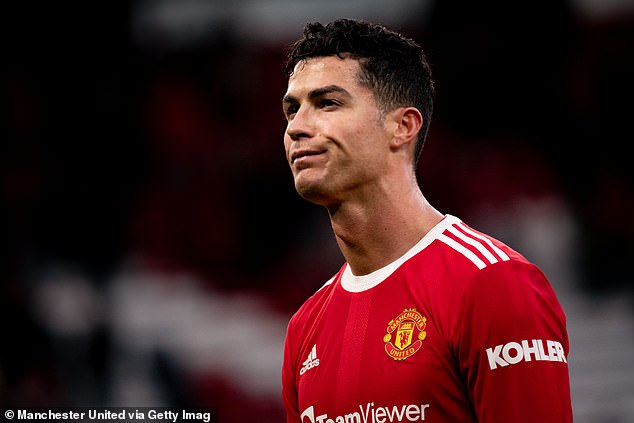 ‘As a finisher he’s exceptional, I’m not going to disguise it was a joy to watch him these years. We have to avoid Cristiano close to the box, because there he is almost unstoppable.

‘I remember when we played there and we were winning 1-0 and in control, perfect, perfect, and then the first time arrived he made a chance and Eddy made an incredible save. He hadn’t touched the ball but nearly scored. That is the quality and ability that he has. We have to control him.

‘When you are one of the greatest that he was in terms of being a goalscoring machine, you will always be there.’ 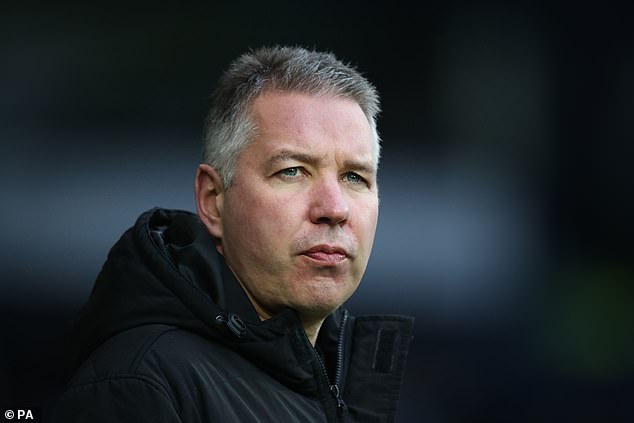