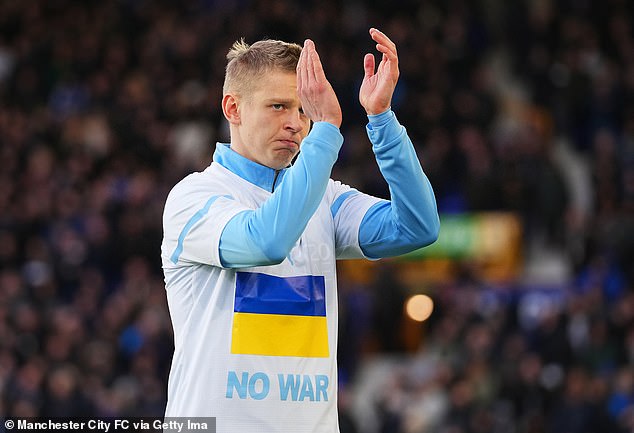 By Kieran Jackson For Mailonline and Jack Gaughan For The Dailymail

Pep Guardiola praised the mental strength shown by the 25-year-old since Russia’s full-scale invasion on his homeland, Ukraine, last week.

A teary Zinchenko remained an unused substitute during City’s victory at Everton on Saturday but he will play a part against the Championship strugglers in the fifth round.

‘It will be good for him to show why he is here and a magnificent player needs to play football,’ Guardiola said.

‘Human beings have the ability to adapt and overcome difficult situations. Of course he cannot be happy but in training with his mates, talking in the locker room… football is so addictive, the ball is so attractive.

‘He can forget for a short time. Then when he comes back home to his wife and daughter I can imagine it must be tough.’

Zinchenko and compatriot Vitaliy Mykolenko shared an emotional moment prior to Saturday’s clash between Man City and Everton as the pair hugged despite being on opposing teams. 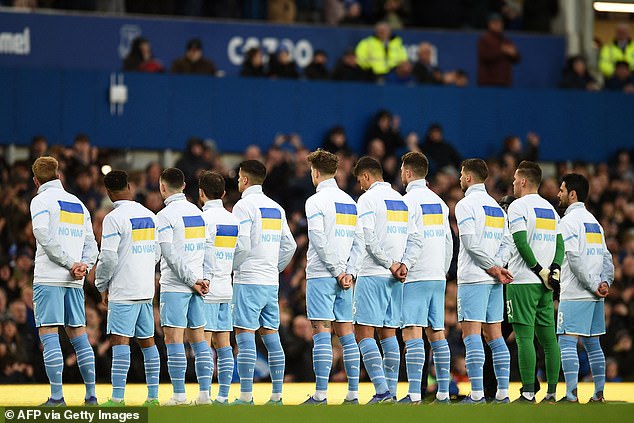 The 25-year-old, who has 48 international caps for Ukraine, has been vocal in his support for his homeland, declaring last week that he ‘can’t stay back’ while his country is attacked.

He also insisted that one of his posts was deleted from Instagram after he launched a scathing attack on Russian president Vladimir Putin.

The message read: ‘I hope you die the most painful suffering death, creature.’

On Saturday, with Everton and City warming up prior to kick-off,  Zinchenko and Mykolenko headed over to one another to embrace and appeared to share a few words of comfort.

Both players were named among the substitutes for their respective clubs, and they re-emerged from the tunnel a few minutes before kick-off to take their places on the bench. 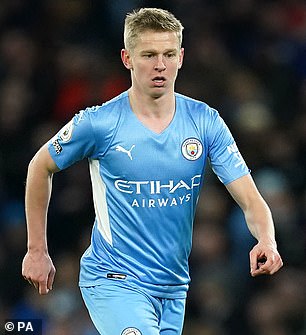 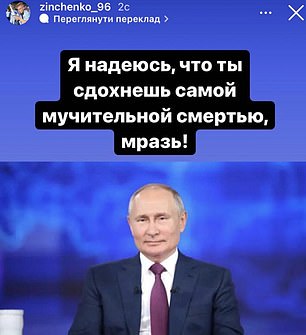 See also  2022 World Cup: England are set to be briefed by the FA about human rights in Qatar next week

Zinchenko was clearly appreciative of the support from both sets of supporters as he applauded the home fans on his way across the pitch.

As the two sides came out for the match, each of Everton’s players held a Ukrainian flag over their shoulders.

The City left-back was unable to hold back the tears as the whole of Goodison Park rose in a show of solidarity with Ukraine.

With Putin ordering a full-scale invasion of Ukraine last Thursday morning, Zinchenko was spotted in St Peter’s Square in Manchester City Centre just hours later as members of the public protested against the Russian president’s actions. 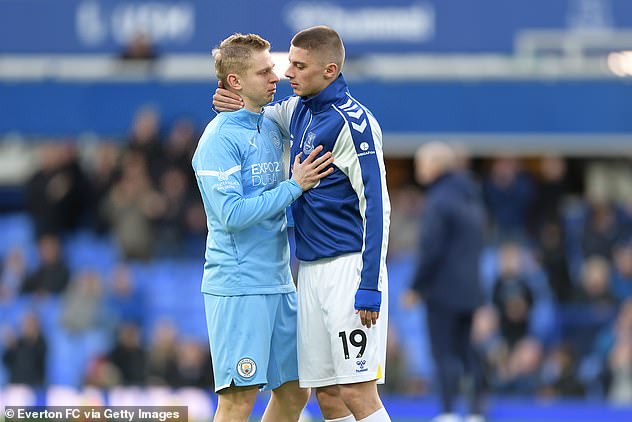 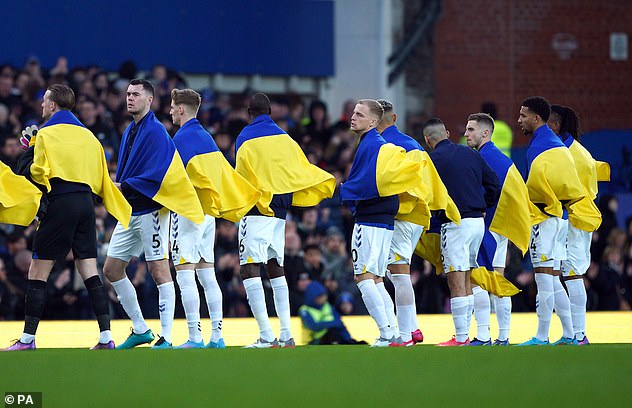 Several Ukrainian flags were on show at the vigil, demonstrating solidarity between the UK and Ukraine.

Zinchenko’s wife Vlada Shcheglovam, who is a journalist, also posted a photo of a pro-Ukraine rally in London on Wednesday night.

This is not the first time Zinchenko’s life has been affected by international conflict, after moving to Russia in his youth following the outbreak of the Donbas war. 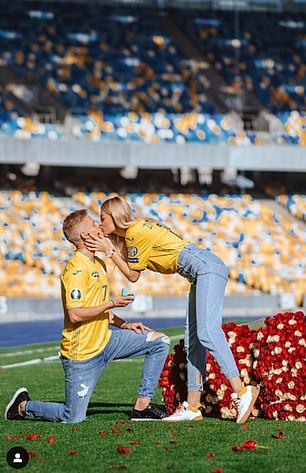 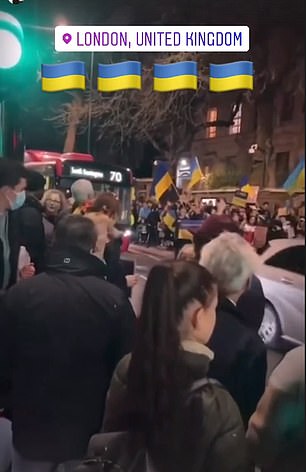 Zinchenko’s wife Vlada Shcheglova (with the footballer, left) posted a photo of a pro-Ukraine rally in London on Wednesday night (right)

Guardiola previously admitted that Zinchenko is understandably ‘worried’ about the events in Ukraine, but he has praised the full-back’s mental strength and has confirmed that he will be available for selection on Saturday.

‘Oleks is an incredible, strong guy – really,’ Guardiola said. ‘Of course, the team and the club is close to him, unconditionally.

‘It’s not easy at the moment but in the training session yesterday he was brilliant, so he’s ready to play in case he has to play.’