Those closest to Sir Alex Ferguson believe the great man wouldn’t have been able to handle being dominated by Manchester City.

For him and other devoted Reds, the greatest concern is the gap between the two Manchester clubs is set to continue growing even further.

Ahead of today’s derby at The Etihad, United interim Ralf Rangnick confesses that landing the transfer targets they need will become harder if, as seems likely, they fail to qualify for next season’s Champions League.

Those closest to Sir Alex Ferguson (left) believe he wouldn’t have been able to handle being dominated by Manchester City, while Ralf Rangnick (right) believes things could get harder

Meanwhile, Pep Guardiola’s ambition in the blue half shows no signs of abating in the final 18 months of his contract.

Even if leaders City are champions for the fourth time in five years, he insists a stellar centre-forward must be signed to strengthen even further.

That means an Erling Haaland, Harry Kane or Kylian Mbappe added to an already-star studded squad while United compete in the Europa. 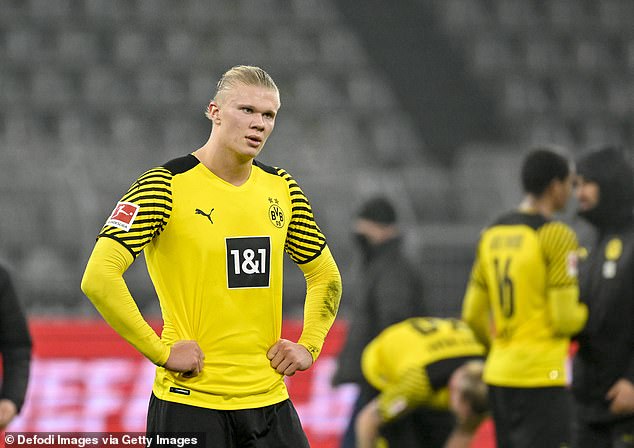 Since Guardiola arrived, City have amassed 106 more points than United in five-and-a-half seasons. Victory today would put them 22 points ahead. They haven’t finished below their rivals since Ferguson retired in 2013.

No wonder Rangnick carries the air of a beleaguered fire fighter despite an unbeaten run of 11 games. City are strong odds-on at 2/5 to win today even though United have a decent Etihad record.

Defeat for the visitors could see them overtaken by Arsenal in the race for fourth and United have played three matches more. 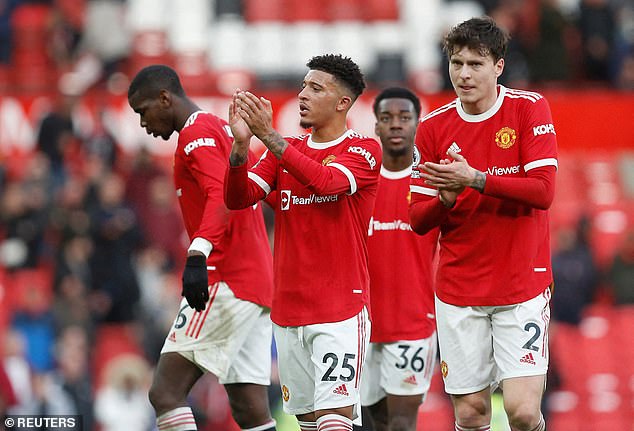 ‘Financially, everybody knows what not playing Champions League would mean. You have less money for your budget,’ accepts Rangnick candidly.

‘It would be better for players and staff if we were there. It would also make maybe negotiations with any new players easier. This is how it is.

‘On paper, City seem to be favourites for this game but I am convinced we can create moments and win. It is highly important we don’t let them dominate as they did at Old Trafford in November.

‘We haven’t lost an away game since I arrived but we know this will be the biggest challenge so far.’

It is a statistical oddity that Guardiola has beaten United six times at Old Trafford but only once at home.

He has worked around not having an orthodox No9, having missed out on Harry Kane in the summer. Even so, it is not a situation he wants to continue into next season. 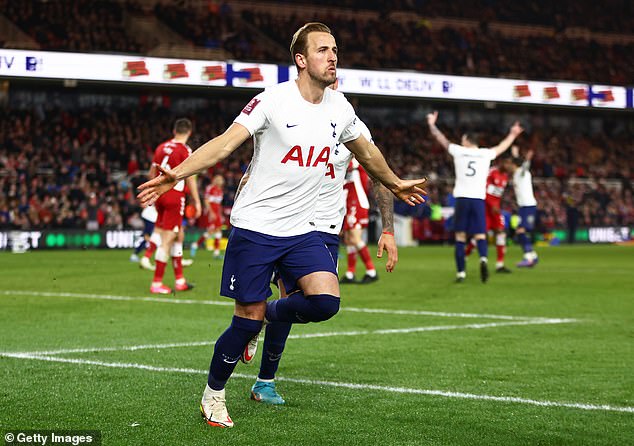 Guardiola has worked around not having a No9, having missed out on Harry Kane (pictured) in the summer transfer window

‘Even so, when you don’t win, I am called naive and people say you need to play with a striker in the Premier League.’

Guardiola doesn’t know yet if he’ll stick around beyond 2024 because of the intensity he works at and the demands he places on his squad.

‘I am incredibly satisfied but I have to see if my players are still comfortable working with me,’ he explains. 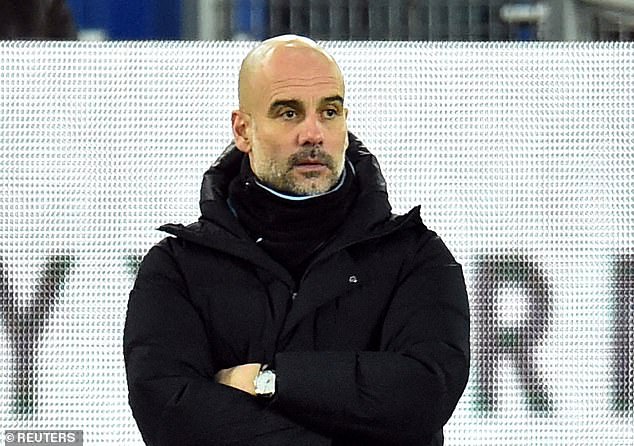 ‘It would be easy to sign for three or four more years, have a lot of money in the pocket but that isn’t the point, it is that we are together. We have to see until the end of next season.’

In terms of planning, City’s track record suggests they will transition post-Guardiola a lot better than United managed under Ferguson.

After all, they were thoroughly prepared for the Spaniard’s arrival, appointing a chief executive and sporting director he knew from Barcelona, and signing players in advance that would fit his philosophy.

In contrast, United have veered wildly in their choice of managers and new recruits.

Rangnick, who oversaw strategy at RB Leipzig, is only in the hot seat for a short period so can speak independently about what the club should do to bridge the gap. 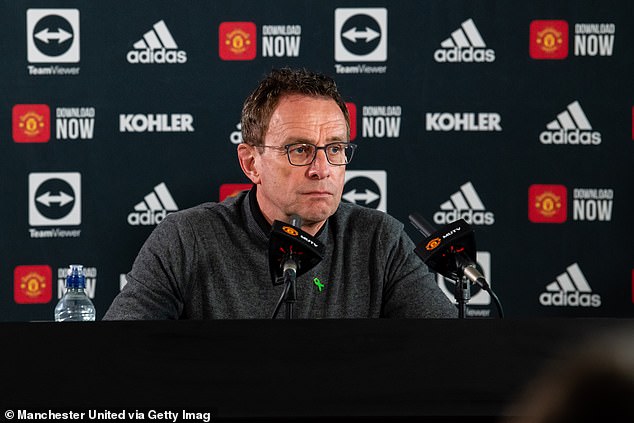 Rangnick, who oversaw strategy at RB Leipzig, is only in the hot seat for a short period so can speak independently about what the club should do to bridge the gap

‘It is a question of consistency; the club and manager knowing exactly how they want to play,’ he argues.

‘It means having a clear transfer strategy, signing players for the system. It’s what Manchester City and Liverpool have done for six years and they haven’t signed many players that weren’t right.

‘This is where Manchester United have to go. They were there under Sir Alex but have had quite a few different managers since then.

‘This club is about attractive, proactive football. Make sure the recruitment is right, know the transfer market, be quick enough in the market.’

It sounds like the model City have. ‘There is incredible trust between the hierarchy and me,’ says Guardiola.

‘Before I arrived and even before Txiki and Ferran arrived (City executives Txiki Begiristain and Ferran Soriano), Man City had a clear idea. That is why we are here competing with giants.

‘It’s good if a club has a clear structure and when the manager is leaving, another comes with the same ideas. Then you don’t have to change seven players or nine players.’

United would do well to learn the lesson but unless they can qualify for the Champions League consistently – and they are in danger of missing out for the third time in seven seasons – the likes of Declan Rice, Haaland and Kane are likely to receive better offers from elsewhere.