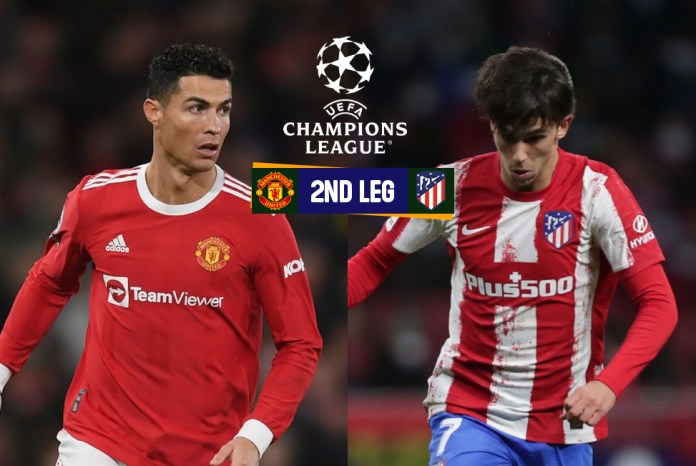 Who will qualify tonight? 🤷‍♂️#UCL

Man-United vs Atletico LIVE Streaming – MAN vs ATM LIVE: Resurgent Manchester United to bank on Cristiano Ronaldo to stay alive in UEFA Champions League against Atletico Madrid. Young Portuguese forward Jaoa Felix opened the scoring for the Madrid side in the 7th minute of the game as the English side huffed and puffed to breach the Madrid defense. Young forward Anthony Elanga who came in place of Marcus Rashford restored parity for the visitors by scoring a sublime goal in the 80th minute of the game.

Though much hopes were on Cristiano Ronaldo to put up a stellar performance against Atletico Madrid as he has quite often done in recent years, Ronaldo wasn’t up to the mark.

However, Ronaldo ended his goal drought last weekend by picking up a marvelous hattrick against Tottenham Hotspurs in the English Premier League. Ronaldo is known to have an excellent record in these sort of crunch matches and with CR7 back in his form, Manchester United would be expecting goals from him in tonight’s all-important game.

For the Madrid outfits, Antoine Griezmann is expected to lead the frontline with Joao Felix. Atletico Madrid is under Diego Simeone is expected to play a defensive game and get a quick goal out of a counter.

On the other hand, Manchester United under Ralf Rangnick will need to take a win in this tie to progress forward after their inconsistent and lackluster performance in the Premier League.

Indian Women’s Football team vice-captain and Sony Sports panelist, Aditi Chauhan said, “Ronaldo knows how to perform in crunch matches and that’s why he is the G.O.A.T. It would be very difficult to tell the outcome of the tie but it will be a great match to watch”