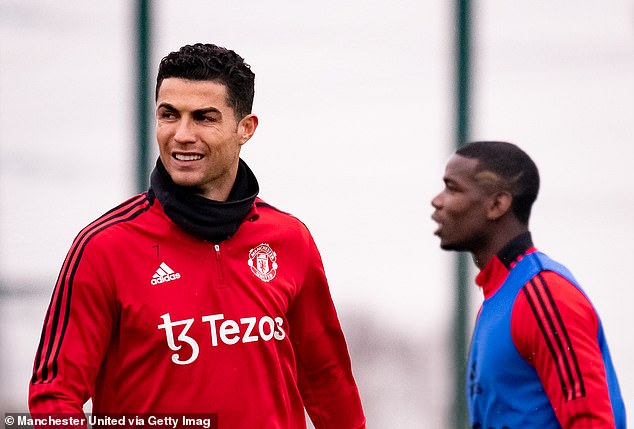 Man United stars left ‘surprised’ by how Cristiano Ronaldo ditched them on derby day to fly to Portugal, as his sister supports a post claiming he’s NOT injured – after Roy Keane said ‘it doesn’t add up’

Manchester United’s dressing room was reportedly left surprised by Cristiano Ronaldo’s decision to fly Portugal instead of staying to support the squad for their clash against Manchester City.

A hip flexor injury saw the 37-year-old ruled out of Sunday’s Manchester showdown and according to The Athletic, Ronaldo flew to his homeland on Sunday before kick-off at The Etihad stadium.

And the publication adds that figures in the United squad were surprised and felt his presence around the matchday squad would have been beneficial.

It comes in the wake of claims from Sky Sports pundit Roy Keane that there was more to Ronaldo’s absence than just injury. Those suspicions were fuelled further by Ronaldo’s sister Katia liking a post on Instagram saying that he wasn’t injured.

The post, from a Ronaldo fan account which is followed by the man himself, emerged on Sunday prior to kick-off and said: ‘Cristiano Ronaldo is not injured and is not sick. The man is 100%.

‘Good morning to you who, like me, are sad and angry because Rangnick decided to ruin our Sunday by taking CR7 out of the derby against Manchester City simply for tactical reasons, to defend himself more in the game.’ 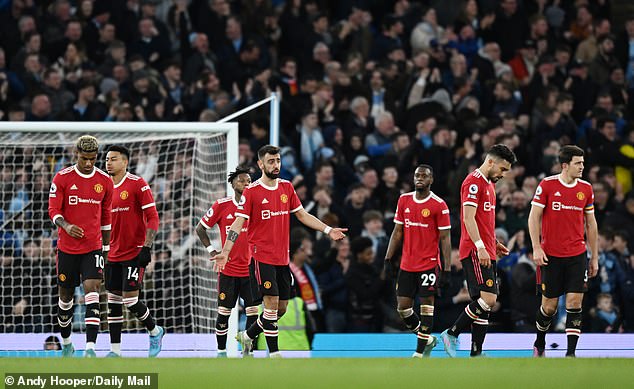 United were swept aside by their rivals, slumping to a 4-1 defeat against Manchester City 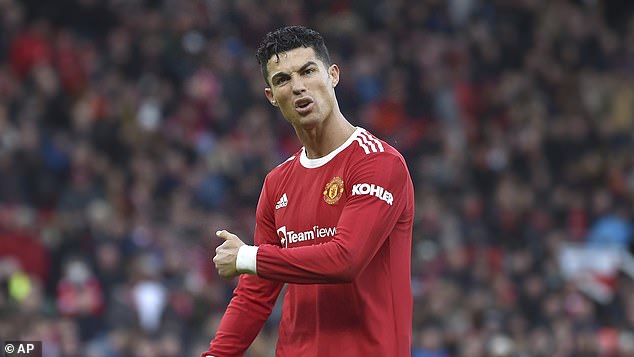 Without Ronaldo, United were swept aside by their neighbours and Premier League leaders City in a merciless display by Pep Guardiola’s side.

Two goals apiece from Kevin De Bruyne and Riyad Mahrez saw City wrap up all three points. Jadon Sancho equalised for United in the first half but it was the closest United got to laying a glove on their rivals.

Sky Sports pundit Keane was unimpressed with his former United team-mate missing the City match with the issue.

When asked if there was something more to Ronaldo’s absence on Sky Sports, he said: ‘There seems to be.

‘I just don’t like it when the manager (Ralf Rangnick) talks about this hip flexor, I don’t get it.

‘We talk about Ronaldo being some sort of machine, he’s very rarely injured and then every now and again he comes out with something like that and says hip flexor. It doesn’t add up to me.’ 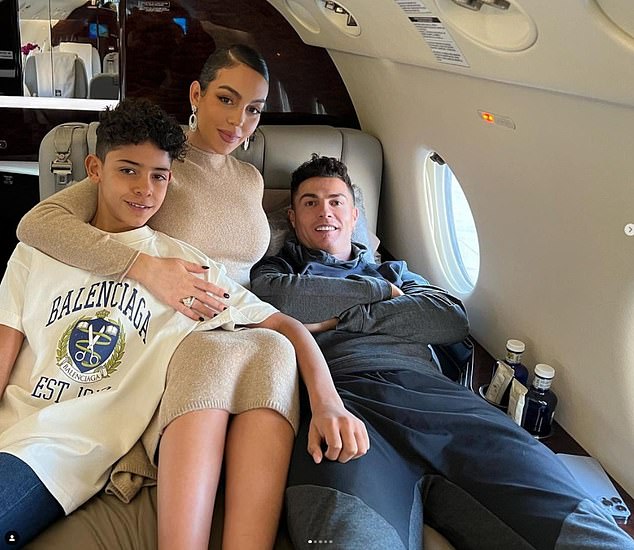 Ronaldo, pictured with Georgina Rodroguez and his son on a plane at a different time, was reportedly back in Portugal before the Manchester derby had kicked off 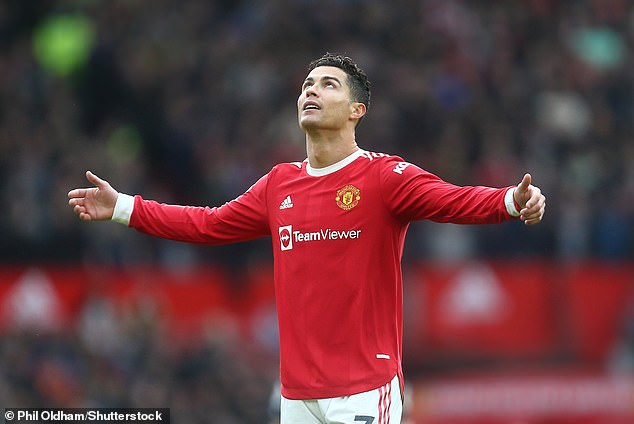 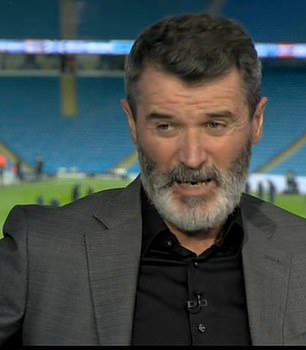 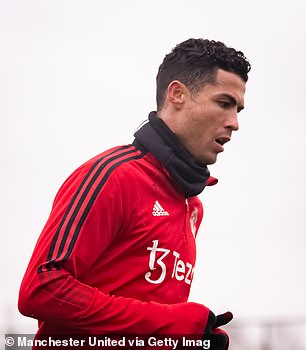 United have no midweek match and face Tottenham next in Saturday’s late kick-off before the return Champions League leg against Atletico Madrid.

It means Ronaldo has a week to return to fitness and recover from an issue that has hampered him already this season.

Ronaldo has scored 15 goals in 30 appearances so far for United this season.

United’s defeat leaves them fifth in the Premier League standings and a point behind Arsenal in fourth.

The Gunners, however, have three games in hand on United and a serious opportunity to cement their position in the Champions League places over the coming weeks.