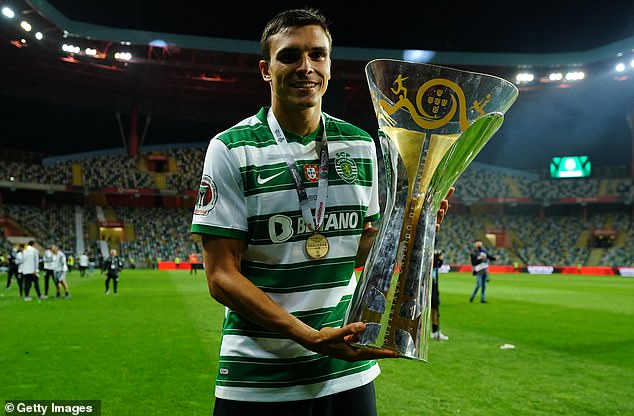 Manchester United scouts ‘have watched £25m-rated Sporting Lisbon star Joao Palhinha EIGHT times already this season’ as they weigh up a summer bid for the midfielder… but ‘face competition from Spurs, Newcastle and Wolves’

Manchester United have shown a keen interest in Sporting Lisbon midfielder Joao Palhinha after monitoring him closely this season.

Palhinha has impressed in 30 appearances so far this season and has attracted interest from the Premier League.

United have sent scouts to Portugal eight times to watch the Portuguese to ensure he is the right fit for Old Trafford, according to Record.

The Manchester outfit were said to be chasing the 26-year-old last summer but were deterred by Sporting’s demands of £33million for him.

However, the Portuguese side have lowered their asking price to £25m and United could be considering returning for Palhinha this summer.

But they will face competition for his signature from a host of Premier League rivals, including Tottenham, Wolves and mega-rich Newcastle.

Palhinha is said to be targeting a switch to the English top-flight and it is increasingly likely that he will join one of the four interested sides. 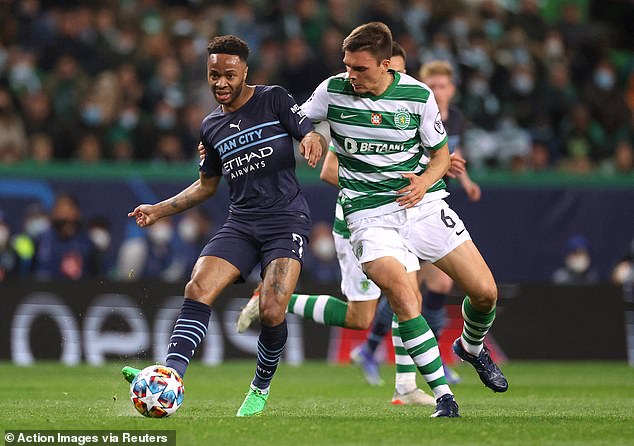 Sporting are keen to hold on to the midfielder but amid building interest, manager Ruben Amorim is resigned to his potential departure.

And United could have the edge over their transfer rivals given their previous business with the Primeira Liga side.

Fernandes joined the Red Devils from Sporting in 2017 for a reported £70million, while Ronaldo joined United for the Portuguese club in 2003 for his first stint at the club.