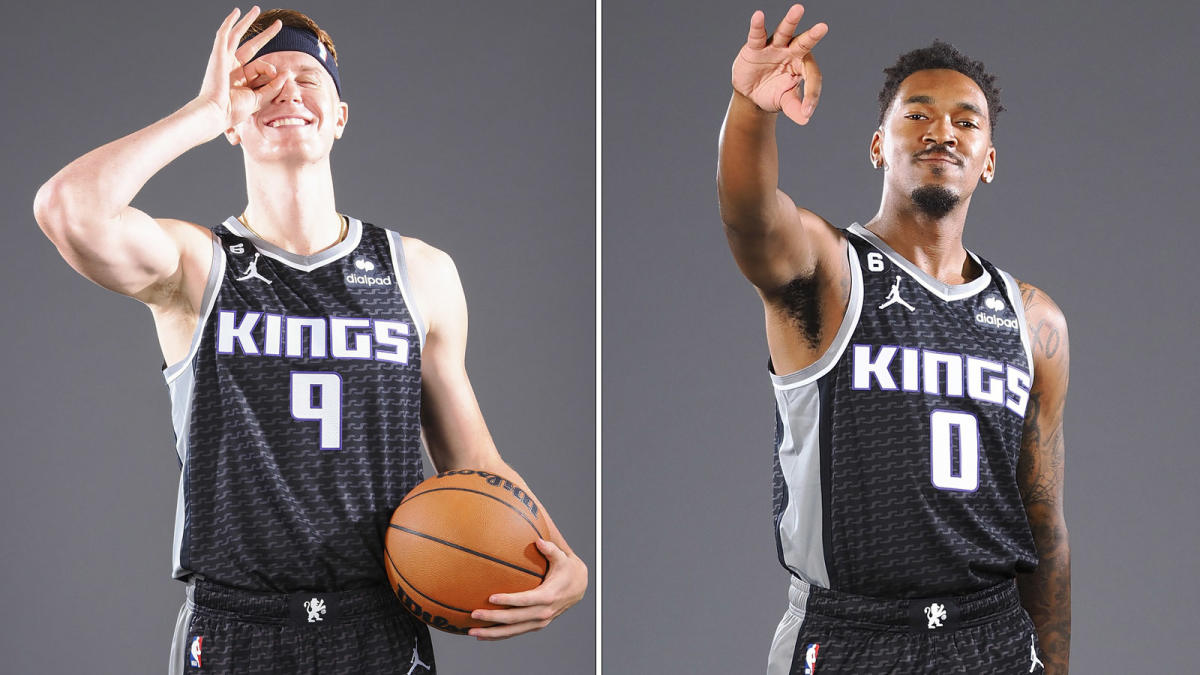 One of the biggest questions heading into the Kings’ upcoming 2022-23 season is who will be getting their name called as the starting two-guard when the season opens against the Portland Trail Blazers on Oct. 19 at Golden 1 Center.

De’Aaron Fox will be the point guard. Harrison Barnes will start at the three, and Domantas Sabonis is a lock to start at center. Keegan Murray, the No. 4 overall pick in June, likely will start at power forward.

The shooting guard position, however, is up for grabs. Kevin Huerter and Malik Monk, both newcomers brought in by general manager Monte McNair in the offseason, are the two leading contenders to win that role.

“Of course I want to start,” Monk told reporters Monday at Kings Media Day. “But I don’t mind coming off the bench, either. I’m going to go out there and be the best version of myself I can be and do everything I can for [coach] Mike Brown so we can win.”

Monk signed a two-year contract worth $19 million with Sacramento in June to reunite with De’Aaron Fox, his college teammate at Kentucky.

Selected six picks after Fox in the 2017 NBA Draft, Monk didn’t emerge into a star with the Charlotte Hornets. But he is coming off a career 2020-21 season with the Los Angeles Lakers in which he averaged 13.8 points while shooting 39.1 percent from 3-point range in 76 games. He knocked down 173 treys in Los Angeles last season, more than every returning Kings player.

Along with his outside shooting, Monk brings quickness to the Kings’ offense and is a fantastic finisher at the rim. He was, after all, nicknamed the “god of dunk” while being recruited in high school in Arkansas, a moniker that still occupies his Basketball Reference page.

Monk’s chemistry with Fox dates back to their days as teenagers playing for coach John Calipari at Kentucky. The two won 32 games together with the Wildcats and made a run to the Elite Eight in the 2017 NCAA Tournament.

“Just being able to be with [Monk] every day now is definitely a great thing,” Fox told reporters Monday. “Some of the pickup games that we’ve been [on the same team], we’re throwing passes to each other that nobody else on the team would probably throw. Just knowing that one or the another will go get it, or even if it’s a bad pass, we trust that each other will get it there.

“It’s just great that we’ve been able to share the floor together again.”

Huerter arrived in Sacramento via trade in July, as the Kings swapped Justin Holiday, Moe Harkless and a 2024 lottery-protected first-round pick with the Atlanta Hawks for the sharpshooter.

Huerter has more starting experience than Monk, as he was in the starting five 216 times over 274 career games in Atlanta while Monk has started 38, with all but one coming last season with the Lakers.

Huerter can play both the off guard and small forward positions, and did so alongside volume shooter Trae Young in Atlanta. He will space out the Kings’ offense would provide the team’s potential starting five with more length at 6-foot-7 than Monk (6-3).

Elsewhere at the position, Terence Davis is entering his third season in Sacramento. Davis appeared in 30 games last year, starting 11, and averaged 10.4 points on 32.9 percent shooting from deep before his season ended due to a wrist injury.

Despite one of the newcomers likely winning the starting role over Davis, the 25-year-old is embracing the challenge.

“There has been some really, really healthy competition going on,” Davis said Monday to FOX 40’s Sean Cunningham. “Just guys getting after it, guys coming in daily, getting their work in. Getting in before the work day even starts. I can definitely see the culture change.

“It’s been pushing me to go even harder, just to do things I haven’t done since coming into the league.”

No matter how Brown slices up the rotations — which undoubtedly will change throughout the season — the Kings do not have a lack of offensive weapons.

“There’s really no reason for us offensively not to be towards the top of the league on that end of the court,” Huerter said. “Just the personnel we have, guys who can [succeed in] one-on-one matchups, guys who will space the floor for those people.