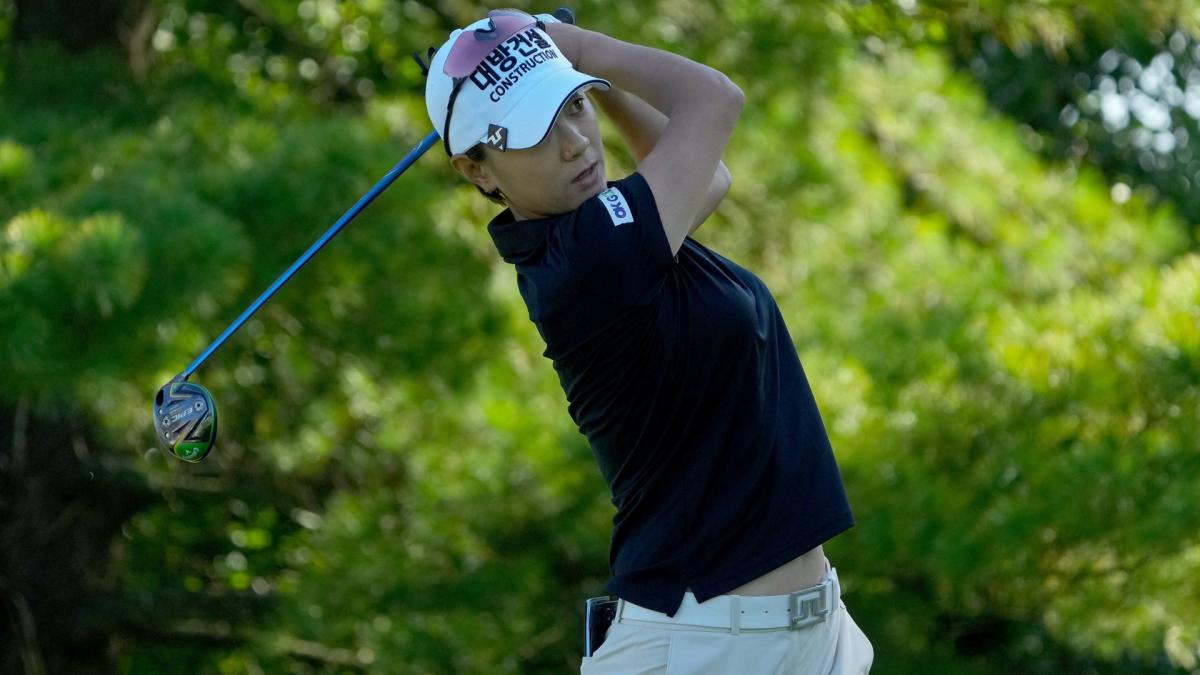 Na Yeon Choi is going out with a bang — and a new car.

The nine-time LPGA winner and 2012 U.S. Women’s Open champion announced her retirement from the LPGA earlier this month. This week’s BMW Ladies Championship in Korea, which Choi is playing on a sponsor’s exemption, will be the 34-year-old’s last event.

And in Round 3, Choi gave her fans one last thrill, acing Oak Valley Country Club par-3 12th. Thanks to her hole-in-one, the Korean will take home a new BMW X7.

“It fell exactly where I wanted it to, and it rolled in exactly as I imagined it,” Choi said after her round. “After I hit it, when the ball was flying over, I got goosebumps. I was still skeptical, and then I knew it went in, but I didn’t see the ball, but I wanted to double-check and I didn’t feel that I could show my emotions immediately. But then I double-checked, and when I was sure, that’s when I got goosebumps all over my body, and I was really happy.

“Of course whenever you ace a hole, you’re ecstatic. But at the same time for me I think I got kind of emotional because it almost seemed like I was being rewarded for all those years of hard work.”

Yet, there was a time when Choi was considering not playing her home event.

“At one point there was a little pressure,” she said, “so I did contemplate skipping this event, but I’m really glad that I did not, and I think by doing well today, especially with the hole-in-one, I’ve given (the Korean fans) a gift in return.”

Inspired by legend Se Ri Pak, Choi has played professionally for 18 years. She joined the LPGA in 2008 after three years on the KLPGA. Her parents sold their gas station and restaurant to help fund her career, and she rose as high as No. 2 in the world and collected roughly $11 million in career earnings.

Recently, however, Choi’s production dipped. She hasn’t recorded a top-10 on the LPGA since the 2019 Dow Great Lakes Bay Invitational.

At the beginning of the year, she was considering retirement, and then halfway through the season, Choi decided now was the right time.

“I have been playing for a long time and I really want to start something new as fast as I can, and what that’s going to be, I have no idea,” Choi said Wednesday at a pre-tournament press conference. “But I have no regrets with my career as a golfer, and I’m sure that I’m probably going to end up doing something related to golf, but I’m very excited to start the second chapter.”

And she can ride a new BMW into the next stage of her life.