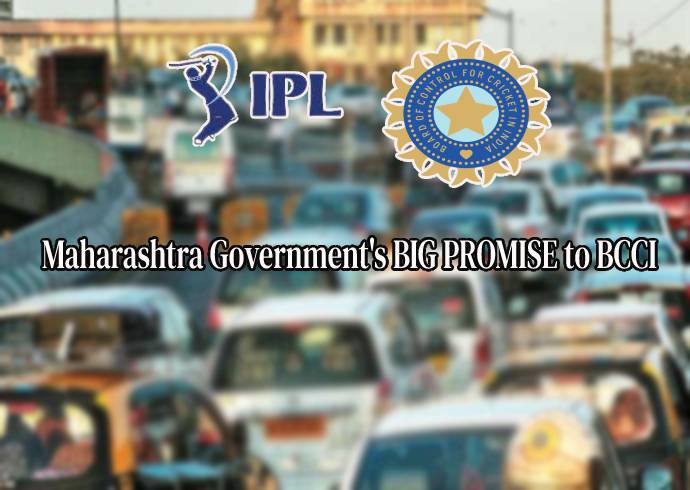 IPL 2022 in Mumbai – Dedicated IPL Traffic Lane: The Indian Premier League (IPL 2022) teams need not bother about the traffic jams in Mumbai. The Maharashtra Government has promised to provide separate & dedicated TRAFFIC LANE from the HOTEL to STADIUM for the IPL Teams in Mumbai. This has been done to save teams getting stuck in in-famous traffic jams of Mumbai. Follow IPL 2022 LIVE Updates with InsideSport.IN

The government has pledged their full support to the 15th season of the league.

Such has been the extended hand of support, that special arrangements are being done to even save the IPL Teams from Mumbai’s long traffic JAMS.

According to a report by The Indian Express, the Maharashtra government has promised the BCCI, ‘a dedicated traffic lane for the teams’

“Maharashtra government is going to fully support BCCI to organise a successful IPL. The decision regarding allowing crowds will be decided by Chief Minister Hon’ble Uddhav Thackeray,” The chairman of MCA’s governing council, Milind Narvekar told the Indian Express.

Will the crowd be allowed at IPL 2022? Though nothing has been officially announced, it is learnt that the government will allow crowds of up to 25 percent of the stadium capacity.

The state government, meanwhile, will also help in conducting RT-PCR tests and creating a bio-bubble for the tournament.

Below is the breakdown of matches as per the venues:

All IPL Teams will play

IPL 2022 Schedule: The IPL Season 15 will open with match between Rohit Sharma’s Mumbai Indians vs Shreyas Iyer’ Kolkata Knight Riders. The opening match between MI vs KKR will be played at Wankhede Stadium on March 26.

Contrary to IPL norms, this time Defending champions Chennai Super Kings (CSK) will not play the opening match of the season. MS Dhoni’s CSK will rather play on the 2nd day of the league.

MI vs KKR Opener – Rohit Sharma vs Shreyas Iyer: Mumbai will host 55 matches this season. The rest of 15 league games will be held in Pune. BCCI is yet to announce the venue of the playoffs.

The 10 team IPL will kick-off with MI vs KKR game at the Wankhede Stadium on March 26.

The full schedule of IPL 2022 will be released by the BCCI either on Sunday or Monday according to a senior BCCI official.

“The full schedule of IPL 2022 will be released in next 48 hours. BCCI has got all assurances & support from the Maharashtra government to conduct the IPL Season 15 as smoothly as it can get”, said BCCI Treasurer Arun Dhumal.

Joe Root & Co agrees to tour Australia, Ashes is on