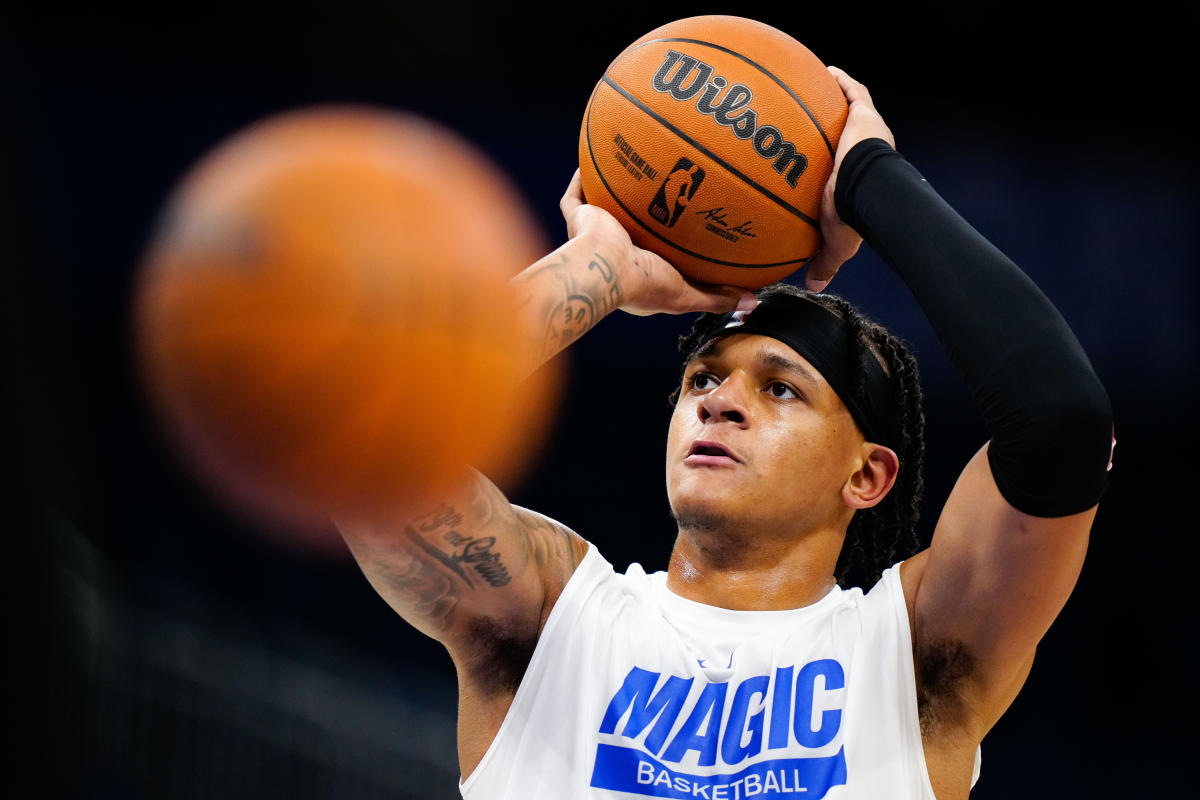 Banchero suffered the injury in a loss to the Houston Rockets on Nov. 7.
He practiced on Nov. 12 but was sidelined again after that session and did not travel with the Magic on its recent three-game road trip in order to continue treatment at the team facility.

He is still working to get back into game shape.

“He looked like he had been off for a while,” Mosley said. “Obviously, that is part of conditioning and not running up and down for some days. We’re going to keep seeing how he responds to it. A lot of it is going to be more fatigue and not being on the court than anything.”

The injury is the first major setback Banchero has experienced at any level of basketball. He remained in good spirits throughout his time away from the court and went through each benchmark the team put forth during his rehab process.

The team is often cautious with injuries and doesn’t put timelines on players to return. He is still considered to be day-to-day and will likely be listed as questionable to play on the injury report when the Magic host the Philadelphia 76ers on Friday and Sunday.

Banchero is trying to be prudent in his return to the court.

I just gotta be patient. It is my first time dealing with an injury. At first, I wanted to just rush as quick as possible and try and get back and I realized that wasn’t doing any good for me so I just had to learn to be patient and just listen to myself.

The No. 1 pick was on a great run to start the season with the Magic.

The 20-year-old is averaging 23.5 points, 8.3 rebounds and 3.6 assists in 11 games this season. He is one of two first-year players with multiple 30-point outings and has scored at least 20 points nine times. He is still third in the rookie class in total scoring, despite missing seven games.

“I was in a good rhythm, for sure,” Banchero said. “I definitely felt like I was improving every game and just learning. It sucks I got hurt in the middle of playing well like that but I’m looking forward to coming back whenever I do and picking up where I left off.”

The Magic will have Thanksgiving off before returning to the court on Friday. The team will continue to monitor Banchero and how he responds to treatment before making a final determination on his playing status versus the Sixers.

The Sixers and Magic are scheduled to tip off at 7 p.m. EST on Friday.