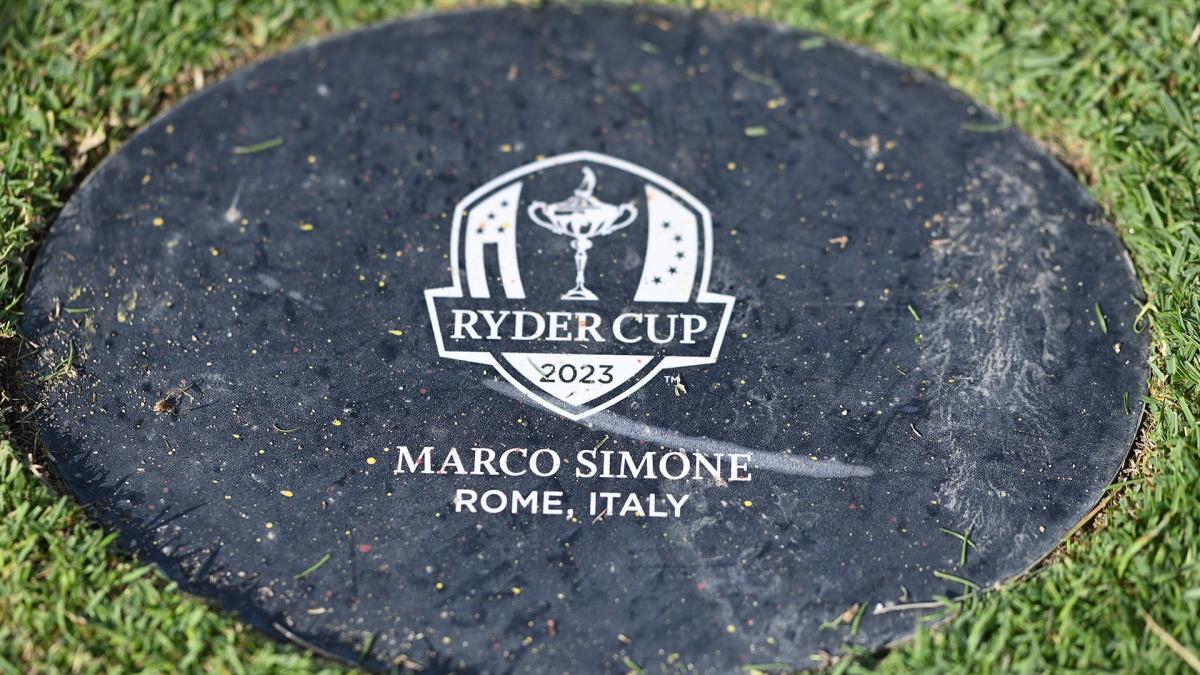 The Italian Open is receiving a bit more attention than usual this year as everyone tries to get a sneak preview of Marco Simone Golf Club, which will host the 2023 Ryder Cup.

Some of the biggest names in European golf, including Captain Luke Donald, Rory McIlroy, Matthew Fitzpatrick and Viktor Hovland, are set to tee it up this week in Rome.

Here’s what they had to say about Marco Simone Golf Club:

“Well, it’s quite a big golf course. There are some long holes out there. You know, whether it’s similar to, I mean, I heard a few players thought it was somewhat similar to a Celtic Manor (2010 Ryder Cup venue). Quite a few drivers off the tee but beautifully presented … The action is always throughout the whole course, really, but it has some interesting holes. 16 obviously is going to be a potentially drivable par 4. That’s going to create some great options with fourball and foursomes, an exciting hole. 11 is another one that potentially some of the longer hitters could drive as well. We are looking at the golf course and we won’t make too many changes. Home captain, you’re always looking for advantages for your team.”

“So I would say that the two Ryder Cup courses that this most reminds me of would be Gleneagles and Celtic Manor. They were both similar-style courses. I think the back nine here is a wonderful layout and a wonderful set up for match play. I think it’s going to create some really exciting finishes to matches. You know, you’ve got two drivable par 4s on the back nine. You’ve got a few holes with water, and you’ve got that wonderful closing hole which could be really exciting. The front nine is a little more, it’s like the first couple of chapters of a book. It gets you into the book a little bit and sort of sets the story, but the real juicy bits come on the back nine. That’s where you really get into it.”

“You give yourself a chance from the fairways. As soon as you’re in the rough, you get all sorts of lies, flyers. I think looking at it, if you drive the ball well, give yourself plenty of chances on the greens, you’re in with a good shot … I think you look at 9, 10, 11, 12, you’ve got four holes there that you’ve got a chance to make, you know, birdies. 10, maybe not so much. But certainly make three in four holes, and that’s kind of a big swing, particularly Sunday, back nine, all of a sudden you make three birdies out of those four, and you could be right back in it. You could pull away. I think that’s an interesting stretch of holes.”

“There are some good par 5s where you can go to the green to make some birdies and eagles but at the same time there could be some drama. Right here we have 16, drivable hole and yeah, if you hit your driver really well, you can set yourself up in spots to be aggressive to the green. It could be a fun one next year … I think both Edoardo and Luke were scouting out some of the course, maybe make some of the holes a little narrower or add a bunker here and there.”